All merchants |  Fruit and vegetable growers 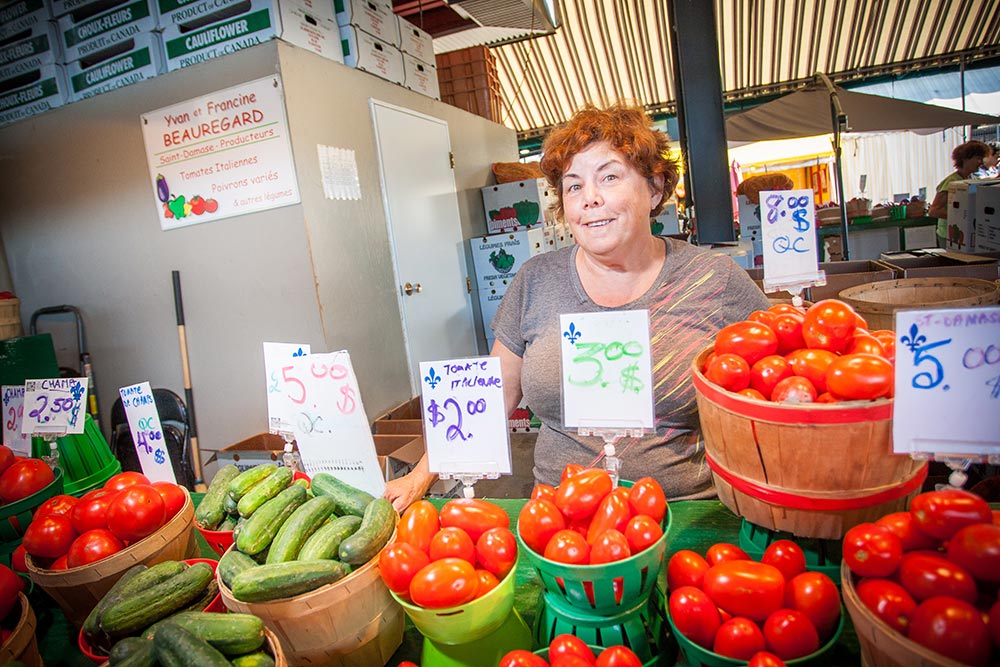 For over 35 years now, Ferme Yvan Beauregard welcomes you to the Jean-Talon Market to offer you their finest vegetables including italian tomatoes, round tomatoes, peppers, eggplants, cabbages and broccolis.

A juicy fruit that's excellent in salads and sandwiches! Several varieties available, depending on time of year and merchants: Italian, baby Italian, round, grape, cherry, a variety of shapes and colors... ask your merchants for their favourites!

Differents colors, depending on the merchants. The yellow ones are sweeter than the red ones. This small tomatoes are great for salads or with aperitif.

Depending the merchant, you will find them in different colors. Yellow, red and orange are sweeter than green. Delicious in salads, casseroles ... a ray of sunshine in your plate!

There are forty cucumber varieties on the market. US varieties that grow in our gardens are shorter and massive, while the varieties commonly named "English" or "European" are longer and thinner.

Cucumber is composed of 97 percent water, which certainly makes it a refreshing vegetable, especially during summer heat waves. The blandness of its taste is noticed rather quickly, though sometimes develops some bitter suspicion.

Cucumber comes from the same family as melons, squash (and courgettes) and pumpkins.

Cauliflower is low in fat, low in carbohydrates but high in dietary fiber, folate, water, and vitamin C, possessing a high nutritional density.

Orange-fleshed melon. Juicy, aromatic, sweet and tasty! Cantaloupe is normally eaten as a fresh fruit, as a salad, or as a dessert with ice cream or custard. Melon pieces wrapped in prosciutto are a familiar antipasto.

Vegetable. To eat salty (soup, salad...) or sweet (cake). Excellent when it's cooked as a marinade.

Cooking: boiling water, 60 min, or in the oven, wrapped in foil for 45 minutes.

An essential ingredient in ratatouille and moussaka. Eggplants will jazz up your summer dishes! And did you know that they are full of anti-oxidants?