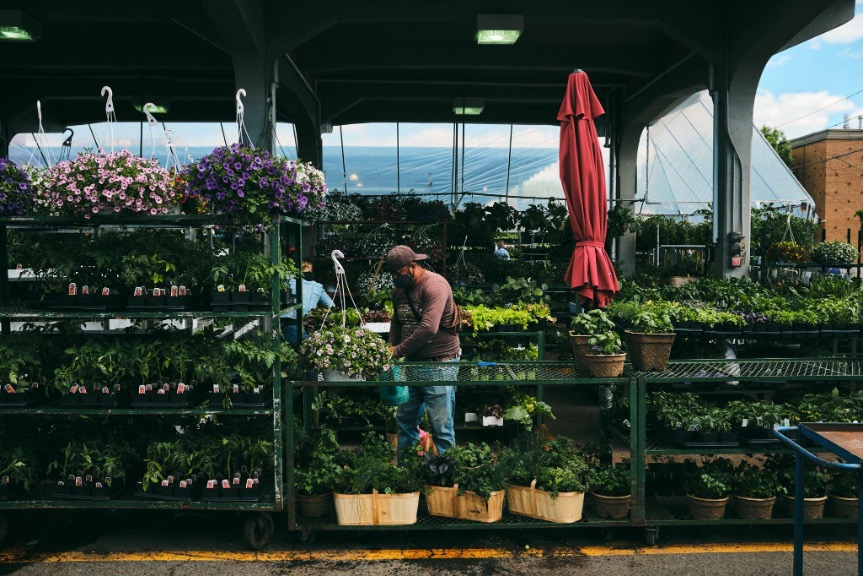 Montreal, May 10, 2022 – With the arrival of spring, the walls are coming down at the Jean-Talon and Atwater markets, whose open-air sections are welcoming horticulturists and farmers offering excellent Quebec-grown products. This year, in addition to the usual merchants, there will be eleven new companies active at Jean-Talon and Atwater, complementing the markets’ increasingly diverse offerings catering to Montrealers’ tastes.

Jean-Talon Market is welcoming several new companies that will enhance its ready-to-eat and dining options, alongside the familiar existing merchants. .

Le Pain dans les Voiles : this well-known Villeray bakery is opening a kiosk in the market, with bread and pastries on offer.

Distillerie Stadaconé : tasting of gins from this Limoilou distillery, as well as ready-to-drink alcoholic products.

These new businesses join the delicious tacos and cocktails served up by Mazorca MTL, already open for the season; and will be soon followed by the return of Aqua Mare’s fried calamari; the creative menu of Bouffe-moi; the authentic home cooking of Les Filles Fattoush (a finalist in the Laurier awards for Quebec gastronomy); the Boîte aux huîtres oyster bar; popsicles by Les Pops; and homemade products from Ferment, all of which are located in the market’s food-service zone. La Crêperie du Marché, Gourmands d’ici, Sushi Shop, Première Moisson and Balkani also have enticing options for an on-site snack or to take away for a picnic.

Les Fermes ExotiQC : his horticulturist, formerly known as Les Serres Maedler, has a new name and new owner, and will continue to sell its specialty products at the market.

Summer at Maisonneuve Market and throughout the network

Mount-Royal Kiosk : Construction work has forced the closing of the stand this summer. It will reopen in the fall.

Horticulturists’ stalls: All are now open

About the Corporation de gestion des Marchés publics de Montréal The Corporation de gestion des Marchés publics de Montréal is a social economy enterprise responsible for the planning, development and operation of Montreal’s public markets. Its mission is improve access to fresh food through a network of public markets that brings Montrealers closer to local farmers and agri-food businesses. Since 1993, it has been mandated by the Ville de Montréal to manage the Atwater, Jean-Talon and Maisonneuve markets, six Neighbourhood markets and three Solidarity markets. It is a non-profit organization governed by a board of directors composed of five merchants and five residents of the Montreal urban agglomeration. Its membership includes nearly 200 merchants active at the public markets. The Corporation’s network of public markets is frequented by more than three quarters of Montrealers, with more than 3 million visits annually.