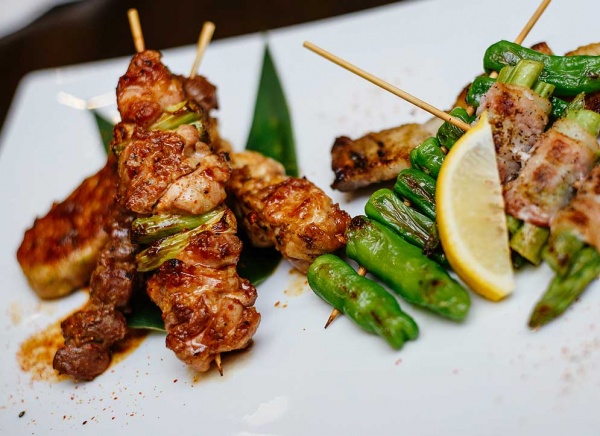 New kiosks serving up unique specialties and flavours will open at Jean-Talon Market in the next few days. Before, during or after your shopping, taste what our region has to offer. More than ever, it’s time to discover the creations of local entrepreneurs and to take inspiration from them for your home cooking!

Benjamin Caron, the founder of the ephemeral restaurant Mazorca MTL, shares his enthusiasm for its new location at the Market: “Jean-Talon Market is a perfect pied-à-Terre for us. There are plenty of good reasons for us to set up shop here this summer, including ample foot traffic, proximity to local producers and the market’s important place in Montreal’s history. We’re sure this will be a springboard for us, and that this is just the first of many opportunities to come, despite the exceptional circumstances,”

We will welcome:
🌮 The bold and refreshing Latin flavours of the fusion tacos from popup restaurant Mazorca MTL;
🥟The izakaya Ichigo Ichie and its Japanese tapas from “one of the best Japanese restaurant in Montreal” according to Tastet;
🌶 Traditional Indigenous spice blends of Épices du Guerrierpices du Guerrier, to give a little kick on everything from snacks to barbecues at home;

You are more a sweet tooth kind of person or you only have a little cravings? No problem ! Take a snack break at:

The opening of the new kiosks is a reminder that markets are always changing, all season long. The great majority of the vendors that Montrealers know and love are returning this year. After the early-season horticultural offerings, fruit and vegetable farmers will arrive in July and August, once they’ve started their harvests.

The markets are open year-round!

Jean Talon and Atwater markets are officially ready for winter. Wall installation and other winterizing measures are complete, and the markets are now ready to...

In fall, supermarket produce sections overflow with gourds, drawing us in with their multitude of shapes and colours. One type stands out among the rest: the...

A look back at Atwater’s Oktoberfest in pictures

On October 1, the new Atwater Market Oktoberfest took place! A great beer tasting circuit and musical performances were on the agenda! About fifteen...

A look back at Atwater Market Oktoberfest in pictures

On October 1st, the new Atwater Market Oktoberfest took place! A great beer tasting circuit and musical performances were on the agenda! About fifteen...