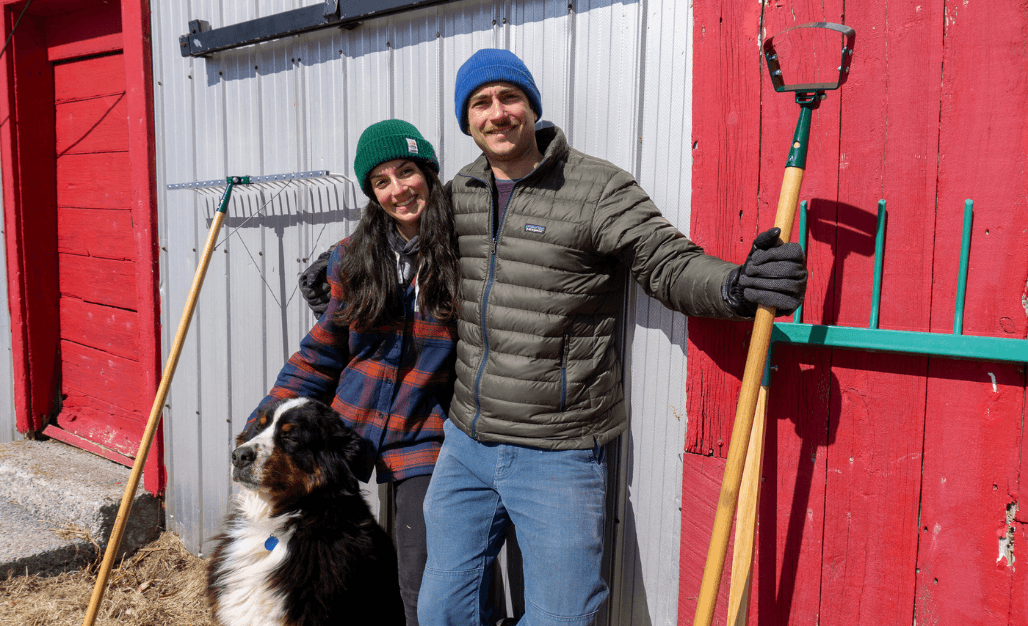 Montreal, May 30, 2022 – Montreal’s public markets are pleased to announce the return of the Kiosques de la Relève, launched last year as a pilot project at Jean Talon Market. The program is aimed at supporting up-and-coming local agri-food businesses. This summer the Kiosques de la Relève will operate at the city’s three large markets: Jean Talon (starting June 2), Atwater and Maisonneuve (starting July 1) and will remain open until October 16.

The Kiosques de la Relève represent a unique opportunity for young farmers to rent a turnkey market stall by the day, allowing them to sell their products to shoppers in Montreal’s public markets. The initiative meets a need for Quebec’s young agri-food businesses to grow and showcase their products, while being tailored to their situation.

“Having access to a major public market so early in our existence makes a huge difference. It’s particularly interesting for us because it allows us to test our capacity and logistics without having to be there seven days a week. Because we have small, diversified farms, we don’t produce enough to sell throughout the week ” said Rémi Fournier, of the Au cœur du Pinacle farm, who will be at Atwater Market this season.

Wishing to underline the importance of supporting new entrepreneurs and help them access the public markets, the Ville de Montréal is supporting the project this year.

“Montreal supports the bio-food sector, because we consider it strategic for the city. From end to end of the chain, it represents 5% of Montreal’s GDP and 13% of jobs on the island. Our measures help us guide the development of a support ecosystem, which will facilitate the launch, growth and long-term viability of new companies. Giving our up-and-coming companies access to the public markets is also another way to get fresh, local products to Montrealers, ” said Luc Rabouin head of economic and commercial development on the executive committee of the Ville de Montréal

This initiative of Montreal’s public markets supports local producers who demonstrate creativity and ingenuity in the reinvention of agricultural processes.

“One of our priorities is to support the young entrepreneurs who are driving the locavore movement, which is more important than ever. It is reassuring to see that new agri-food businesses led by young people are gaining ground, along with a new generation taking over family farms. The public markets are a springboard for these young farmers, and we are pleased to be able to give them the help they need with our Kiosques de la Relève, ” said Nicolas Fabien-Ouellet, executive director of the Corporation de gestion des Marchés publics de Montréal.

The Union des Producteurs Agricoles (UPA), which supported the pilot project in 2021, has renewed its partnership with the public markets and will provide direct assistance to the program participants by covering 50% of their rental fees.

“We want to support young agricultural businesses by making it easier for them to access a sales kiosk in a public market of Montreal. The bridge that public markets offer by bringing consumers and producers together can make a real difference when a young agricultural business needs to build its customer base. ” says Martin Caron, President of l’Union des producteurs agricoles.

There are already 15 companies setting up shop at Jean Talon, Atwater and Maisonneuve markets this season. Among them are some that participated in the unifying pilot project at Jean Talon Market in 2021 and ready to repeat the experience, including Jardins de la belle verte, Mandy’s Microgreens, Jardins de la fourchette and Vignoble Brigham. They can be found this year at Jean-Talon or Atwater.

There are still a few spaces available. Companies interested in participating in the Kiosques de la Relève program should write to : location@marchespublics-mtl.com

The initiative, then supported by the MAPAQ, launched at Jean Talon Market in the spring of 2021 as a pilot project. The public markets had identified a need for access for young companies, and wanted to allow them to rent stalls by the day to help them minimize their infrastructure and marketing costs.

Between May and October, 24 companies took advantage of the program and introduced their products to inquisitive and interested customers. Several built a loyal customer base, including Les jardins de la Fourhette, who had weekly visits from André, Roseline, Martine, Hiromi and many other customers. More than 300,000 people were reached through the promotional campaign for Les Kiosques de la Relève.

The UPA represents roughly 42,000 Quebec farmers as well as all forestry producers in the province. With 90 locals, 12 regional federations, its 130 unions, and 25 specialized groups, the UPA is the only official body that speaks on behalf of all Quebec farm and forestry producers. The UPA unites farmers in two ways: based on where they live (“general sector”) and what they produce (“specialized sector”).

The Corporation de gestion des Marchés publics de Montréal is a social economy enterprise responsible for the planning, development and operation of Montreal’s public markets. Its mission is to improve access to fresh food through a network of public markets that brings Montrealers closer to local farmers and agri-food businesses. Since 1993, it has been mandated by the Ville de Montréal to manage the Atwater, Jean-Talon and Maisonneuve markets, six Neighbourhood markets and three Solidarity markets. It is a non-profit organization governed by a board of directors composed of five merchants and five residents of the Montreal urban agglomeration. Its membership includes nearly 200 merchants active at the public markets. The Corporation’s network of public markets is frequented by more than three quarters of Montrealers, with more than 3 million visits annually.