From General Store to Zero-Waste 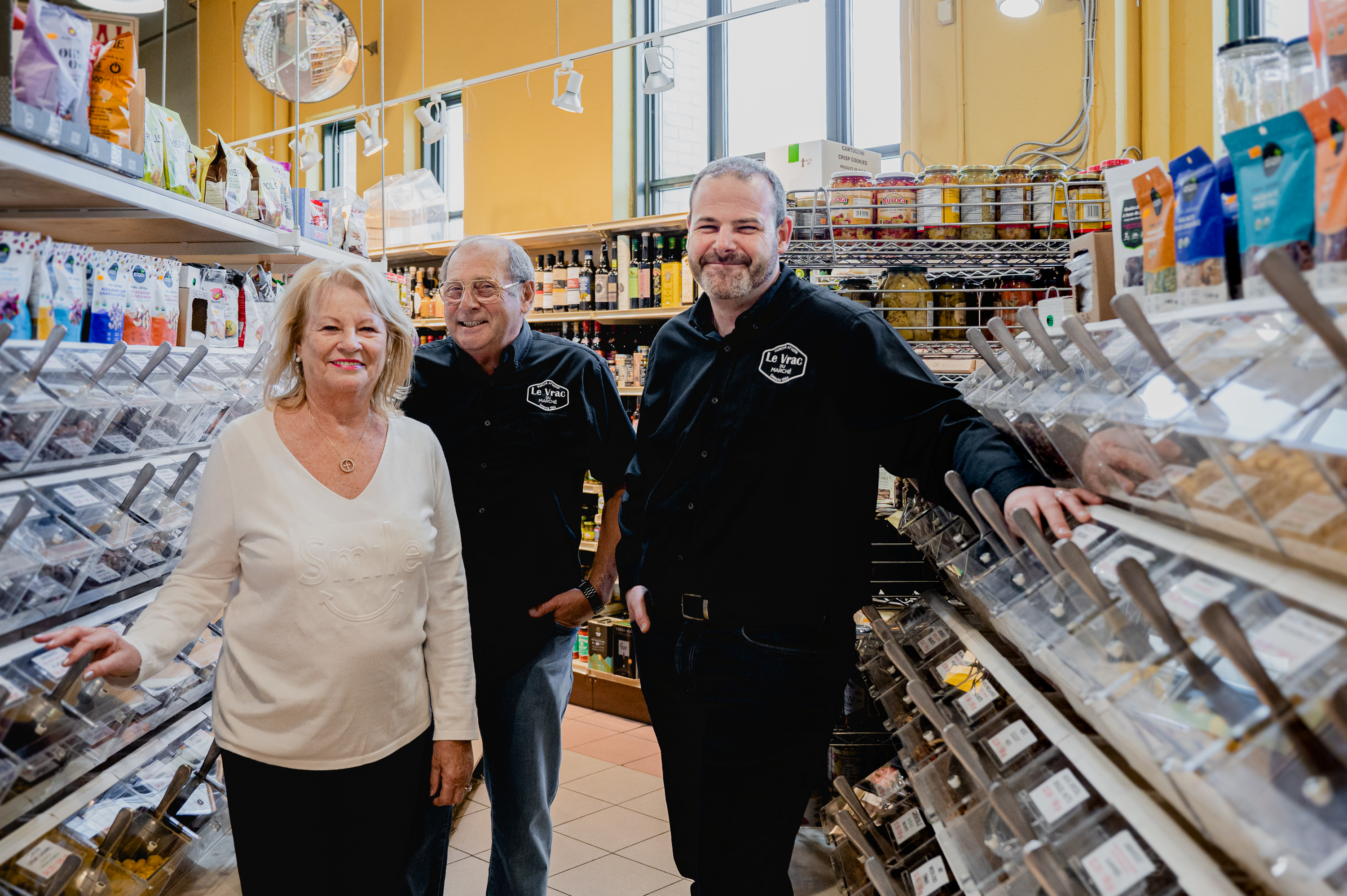 Since its opening, Le Vrac du Marché has seen many changes in its aisles and in the evolution of Montréalers’ culinary tastes. That said, the family business has remained true to its mission of supplying quality products to Atwater Market customers.

When the grocery shop opened in 1984, zero waste was still a vague concept. For the founders, Gilles Ouellette and his wife Lyane, a bulk grocery shop was more reminiscent of the general stores that once were the centre of our villages.

“At the time, bulk packaging was just beginning. Unconsciously, it was zero waste, but we didn’t address it like that at the time,” says Gilles Ouellette. “I just thought it was a good idea for people to be able to buy the quantity they needed for economic reasons, just like in the days when you bought your pound of sugar at the general store.”

Initially, the store focused on basic products: pulses, flours, sugars, nuts, but also honey, peanut butter and even chips. “It was very small, almost artisanal. We didn’t really know how well we would do. On our first day of business, we worked like crazy, but we only sold for $200, maybe $300. I said to my wife, “I don’t think this is going to work. But, after a while, it took off,” the 72-year-old recalls, smiling.

Over time, and as interest in bulk grew, a host of foods were added. Today, the shop offers 3000 products, 600 of which in bulk. For the past few weeks, customers have been able to bring in their own containers for a zero-waste approach, a service that had stopped during the pandemic due to health restrictions.

“From the 1990s onwards, people’s interest in cooking increased. They also started to travel more, so their tastes developed. That’s when we started to offer more European products,” says Carl Ouellette, who took over the shop from his parents a few years ago.

Le Vrac du Marché has contributed in its own way to this open-mindedness. As part of a delegation of merchants from Montréal’s public markets, Gilles and Lyane have made several visits to France, Italy and the United States to meet with the best producers and bring back their ancestral knowledge.

“We visited oil mills, vineyards, cheese makers and several big European markets. It was a way for us to learn. The internet didn’t exist, so we had to go there,” Lyane recalls. 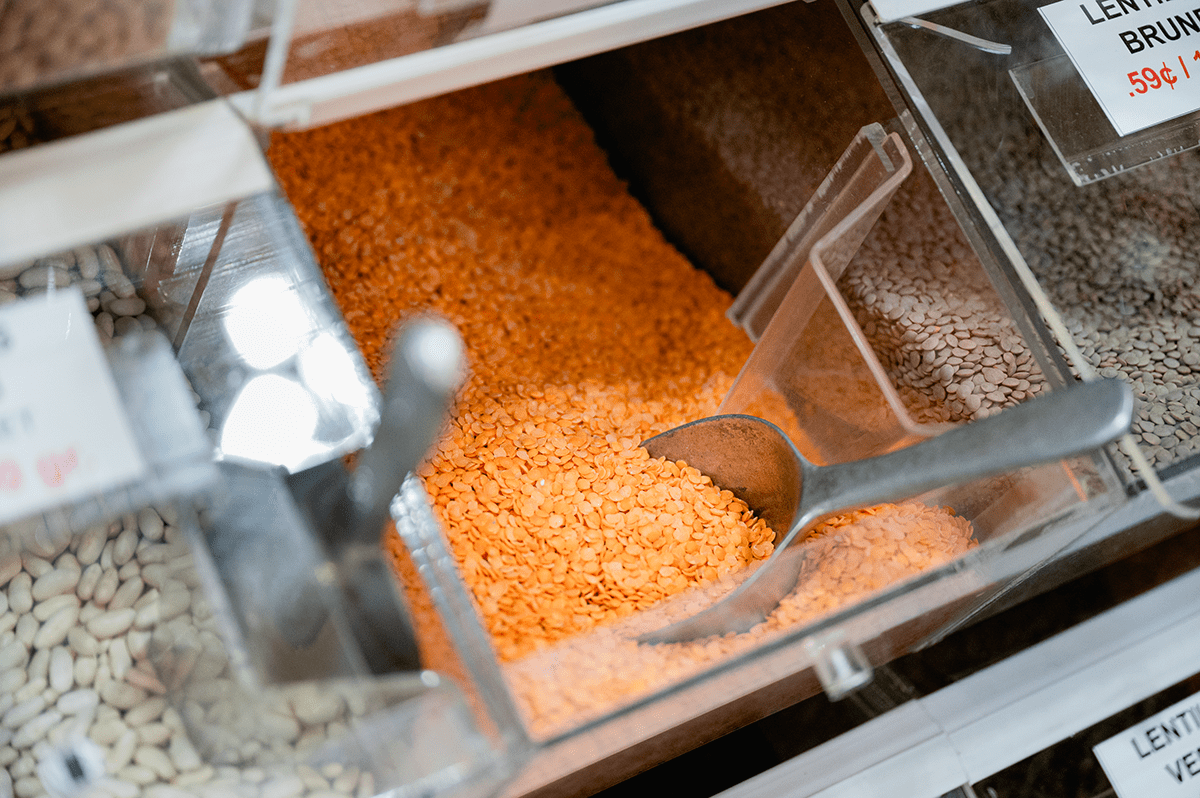 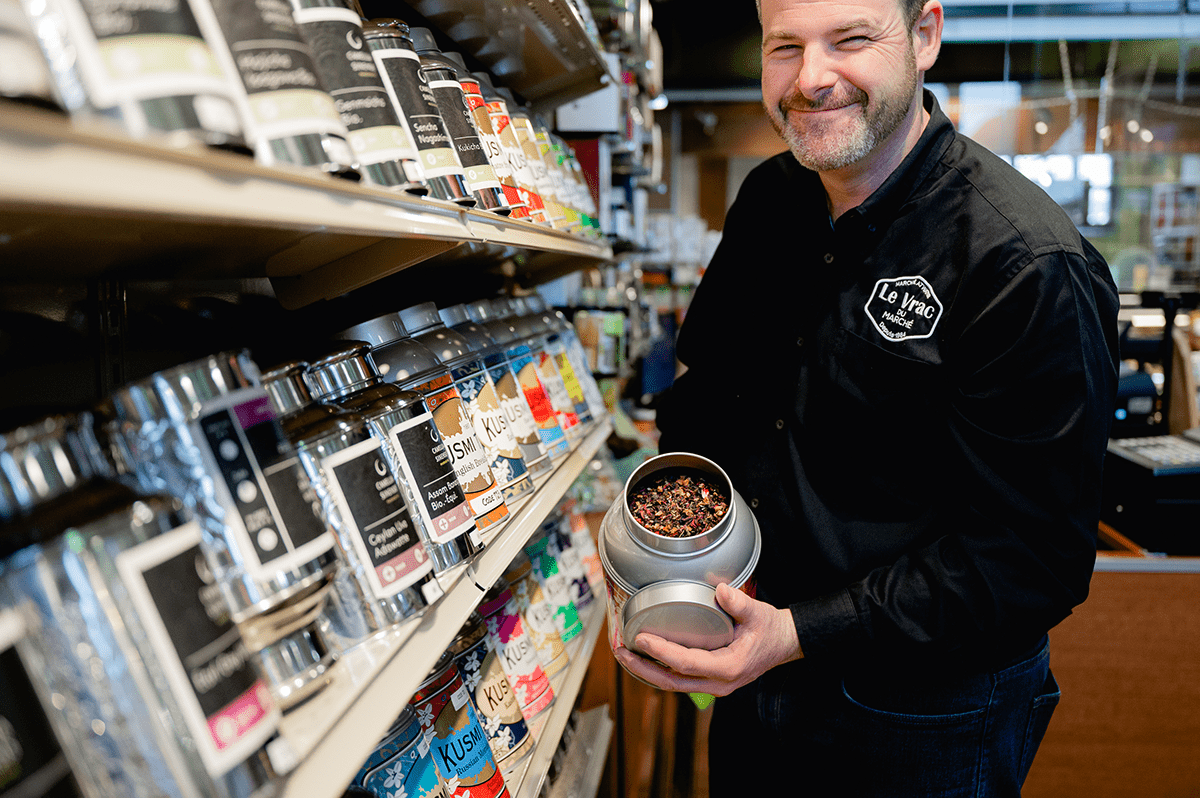 Since he took over the management of the business from his parents, Carl takes pride in stocking high quality products that are affordable to his customers. Nuts, dried or candied fruits, oils, vinegars, spices, flours, teas, chocolates and other sweets are found on the shelves of the shop which is located on the second floor of the Atwater Market.

“We aim for excellence and we want to offer the best to our customers,” says the owner. The 44-year-old man owes his passion for work well done and for service to his parents. “I’m like Obelix: I fell into it when I was little!” he claims. “My parents were already taking me to the market on weekends at 8 or 10. I knew quickly that this was what I wanted to do in life.”

Again, Carl followed in his father’s footsteps. The son of a butcher, Gilles Ouellette owned a convenience store in his hometown of Mascouche (it was only a village at the time), before embarking on the public market adventure.

Now retired, the 70 something still has retail running in his veins and often drops by the shop with his wife. “I like the shop, working with the customers. I’ve done this all my life. That’s all I know and I wouldn’t swap life with anyone,” says the warm-hearted man.

While he praises the camaraderie and village spirit among the merchants, he has a hint of regret when he looks back on all the sacrifices that were needed to start his business.

“I never played sports with my kids, I never took a holiday with them. I was busy, 7 days a week. Paternity leave didn’t exist either,” he points out. “Other days, other ways…”

Carl, also a father of two, manages to maintain a more balanced life even though being a shopkeeper is a demanding job. “I’m in the shop five days a week and I have to work an extra hour at home every evening. The day-to-day management never stops. You’ve got to always have the shop in mind.”

But like his father, he wouldn’t change his life for anything: “I love the people, I love my job. When I get up in the morning, I don’t go to work, I go to do what I love.” 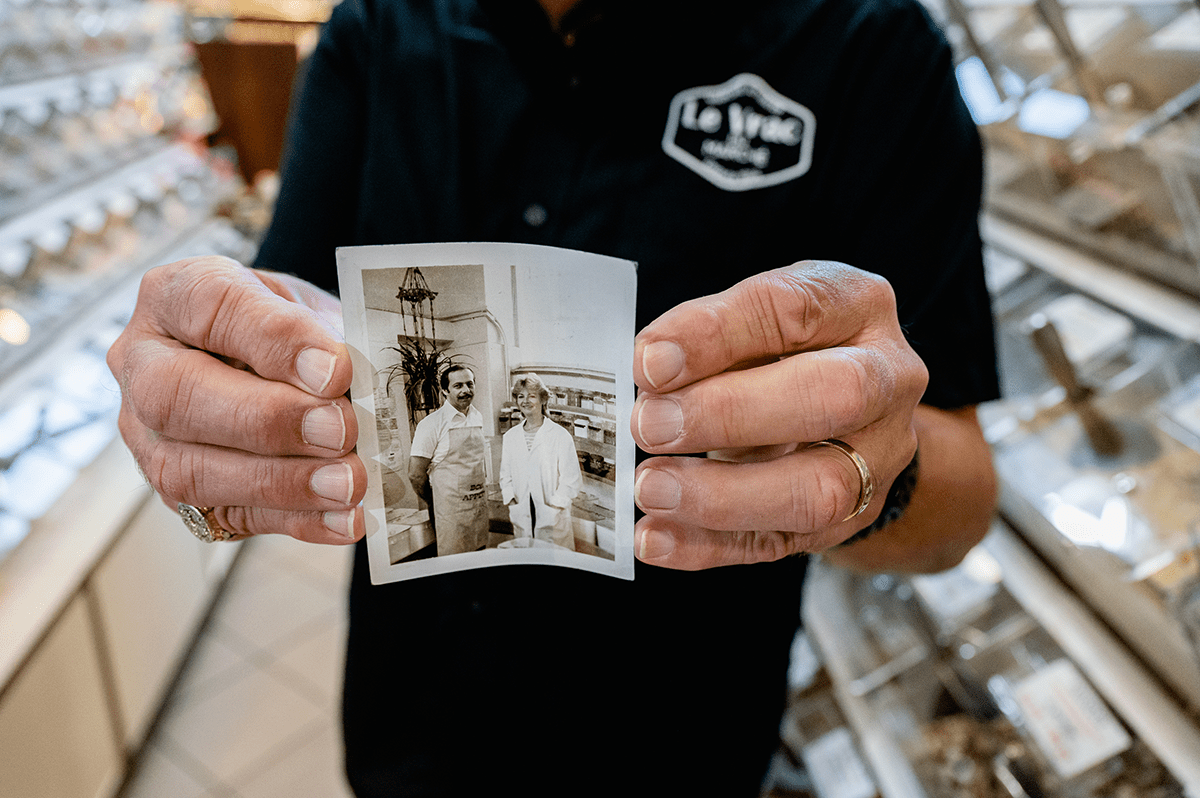 How to describe the atmosphere of the market in one word?

Convivial. We all know each other, it’s like a small village!

A must-have specialty in your shop?

We are well known for our bulk nuts, both in quality, freshness and volume.

Any particular anecdote about the market?

It’s not a happy moment, but the fire at the Atwater Market on December 8, 2002, comes to mind. We had to throw away all our stock and restock for the reopening, less than a week later.