Home
About us
Board of Directors

Lino Birri: Growing Up Among the Market Stalls 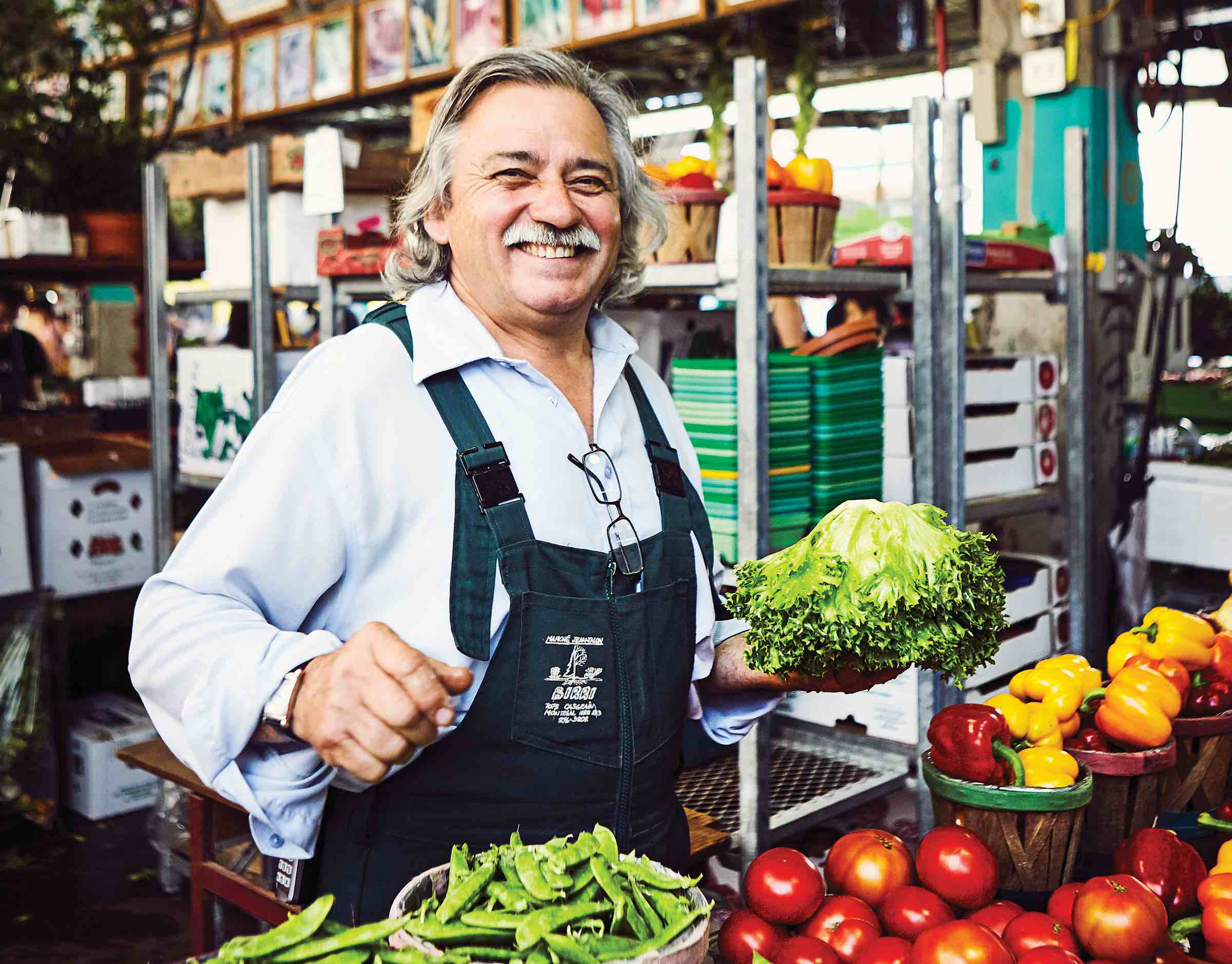 Lino Birri has occupied the same address in the Jean-Talon Market since 1989, selling a hundred varieties of fruit, vegetables and aromatic herbs in the summer, and around twenty in the winter.

Lino Birri welcomes me to the small stockroom of his produce business located in the western part of the Little Italy market. We find ourselves in front of a wall lined with bags of seeds and an assortment of flower pots. Hands in his pockets, he’s wearing the green overalls that have become the hallmark of the family business. “We used to work in the summer and take the winter off, but now that some of our farmers grow in greenhouses, we prepare orders all year round, especially for restaurants,” the sixty-year-old tells me, smiling behind his broad grey moustache. Next to him are four employees sorting garlic bulbs. Wafts of fresh basil linger in the air of the warehouse-like room.

Birri has occupied the same address in the Jean-Talon Market since 1989, selling a hundred varieties of fruit, vegetables and aromatic herbs in the summer, and around twenty in the winter. Everything is grown by local producers selected for the quality of their products or by farmers to whom Lino Birri himself has entrusted seeds from Italy.

Growing Up in Vegetables

It’s due to an accident that Lino and his brother Bruno, founders of Birri, started selling vegetables. After their family moved from the war-torn Italian countryside to Montréal’s Little Italy in 1957, their farmer father went into construction, “Like any good Italian farmer who came here.”

The market, located next to the family’s flat, soon became little Lino’s playground. “In those days there was no underground parking, only dirt and park benches,” he says, his bright blue eyes sparkling from the memories.

But when a workplace accident kept Lino’s father immobilized at home for two years, the playground turned into a livelihood. “Everyone pitched in,” he says. At age eight, Lino started selling potatoes at the market with farmer Jean-Paul Desgroseillers, whose children still run a stall there to this day.

Back then, the market, built in 1933 for open-air trading, was quite different from what it is today. “Farmers backed their trucks up in front of the stalls and makeshift tables made with apple crates and wooden planks were set up,” he says, describing the stalls with his arms. “The market was only open from Thursday to Saturday and we didn’t have fridges like today. We had to sell everything during the day.”

After studying architecture and making a brief foray into his field of study, Lino and his brother decided in the mid-1970s to entirely devoted themselves to selling vegetables bought from farmers. Behind their little stall, the brothers had no idea that a few years later they would need 55 green overalls to meet the demand.

Offering a Taste of Italy

The risk they took in offering new products to Quebecers and restaurant owners – who popularized them – is certainly a factor to their success. Aubergine, endive, arugula, bitter cucumbers, white asparagus, chard and radicchio gradually added colour to their kiosk. “The Italians made fun of us when we started selling things like zucchini flowers,” says Lino, laughing. They’d say to me, “Why are you selling these, I have plenty in my garden!” But there was none in their Québec neighbours’ gardens.

Looking at the hundred or so cards in a little box bearing the name of well-known Montréal restaurants that order from Birri, you see that the brothers still stand out today, even if they’ve long lost the “monopoly” on arugula and aubergine. “We’ve established a bond of trust with the restaurant owners and we make sure that all our products are good quality, as we do for every customer.”

Lino takes me back upstairs, picks out some red tomatoes and puts them in a bag. “I’ve always enjoyed serving people,” he says. “It’s rewarding to see happy customers coming back. I don’t know if I can ever get tired of that.” In all the years he’s been working at the market, Lino’s never imagined stopping, even though his age is starting to make him think about slowing down. “You must never put the tomatoes in the fridge,” he says in a fatherly tone, handing me the bag.