Set up in an old container painted a bright yellow, it’s simply impossible to miss the Marché solidaire outside the Frontenac metro station. Or its just as colourful seasonal fruits and vegetables for that matter. Everything to make this neighbourhood micro-market the perfect place to find all you need for dinner… and more!

Vanessa Girard Tremblay – co-director of the Carrefour solidaire, the community organization that oversees the Marché Solidaire Frontenac project – is part of a core group of passionate and dedicated people managing this wonderful seasonal project. Incidentally, the Marché Solidaire is celebrating its 15th anniversary in 2022!

“When the market started in 2007, there was a huge need in the neighbourhood for fresh food at low prices,” she explains. “The only option for locals was the supermarkets. We wanted to offer an alternative.”

A group of Centre-Sud residents came up with the idea of creating a small solidarity market where it would be easy to get affordable seasonal fruits and vegetables. Initially, the idea was to have a mobile market, but the esplanade of the Frontenac metro station turned out to be the best place to reach a maximum number of people.

Since then, the project has grown and matured. It has even inspired other organizations to open solidarity markets near other metro stations, such as the Marché Ahuntsic-Cartierville (MAC) at Sauvé station and another at the GEMO near Cadillac station. These kiosks are now part of the Montreal Public Markets network. 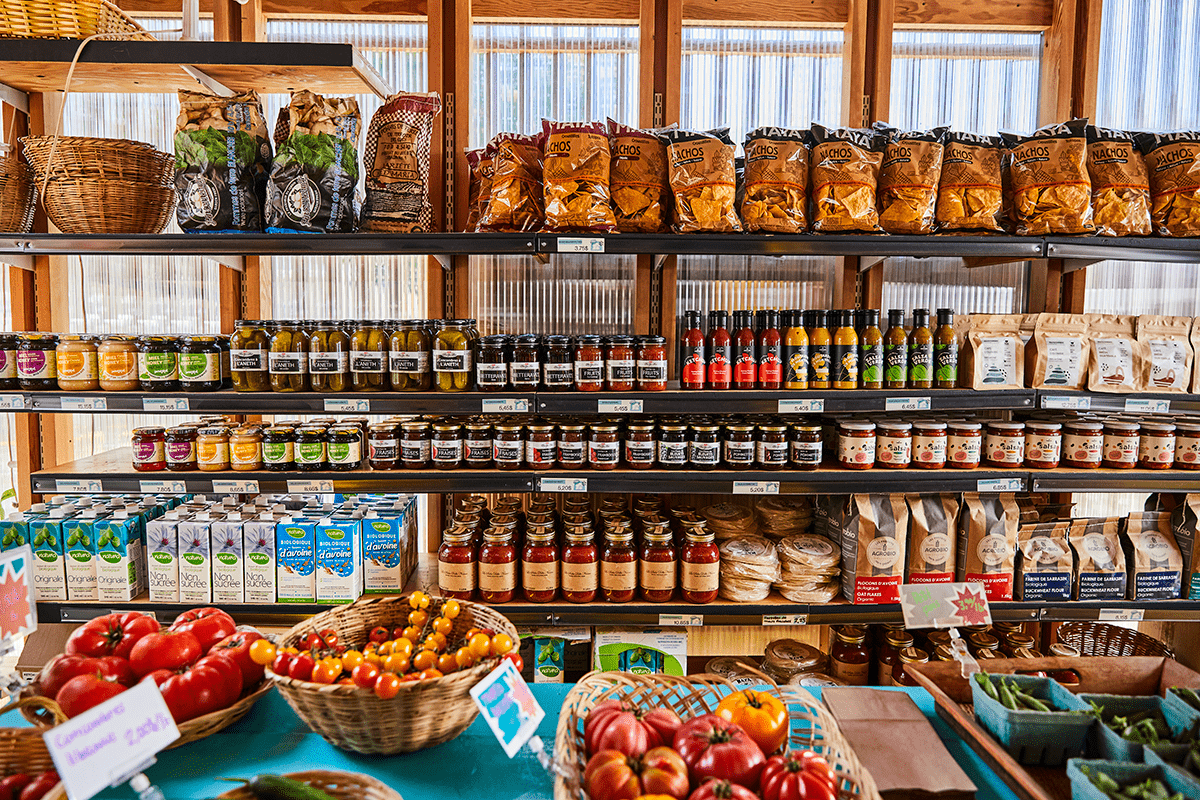 “What we want is that people coming out of the metro have only one stop to make on their way home to find everything they need for their meal,” says Vanessa Girard Tremblay. That’s why the small 350-square-foot yellow container features Québec cheeses, fresh eggs, local meat and, of course, seasonal fruits and vegetables. There are also basic products: flour, sauces, condiments… and the very popular Arhoma baguettes, which never stay on the shelves for long!

The offer is based on local products and short circuits: the food leaves the farm and arrives directly at the kiosk. Since the Marché Solidaire Frontenac is located near Montréal’s South Shore, partner producers from the Montérégie and surrounding areas can easily deliver their goods.

“We sometimes have fruit from Canada, like peaches from Ontario or cherries from British Columbia, but everything else is 100% Québec,” says Vanessa Girard Tremblay. “Almost!” The only product that’s neither from Québec nor Canada is coffee. However, the Marché Solidaire team has commissioned a Québec roaster who sources his house blend in a responsible and sustainable manner. “It’s the most local thing we could do,” says the young woman about one of their best-selling products. 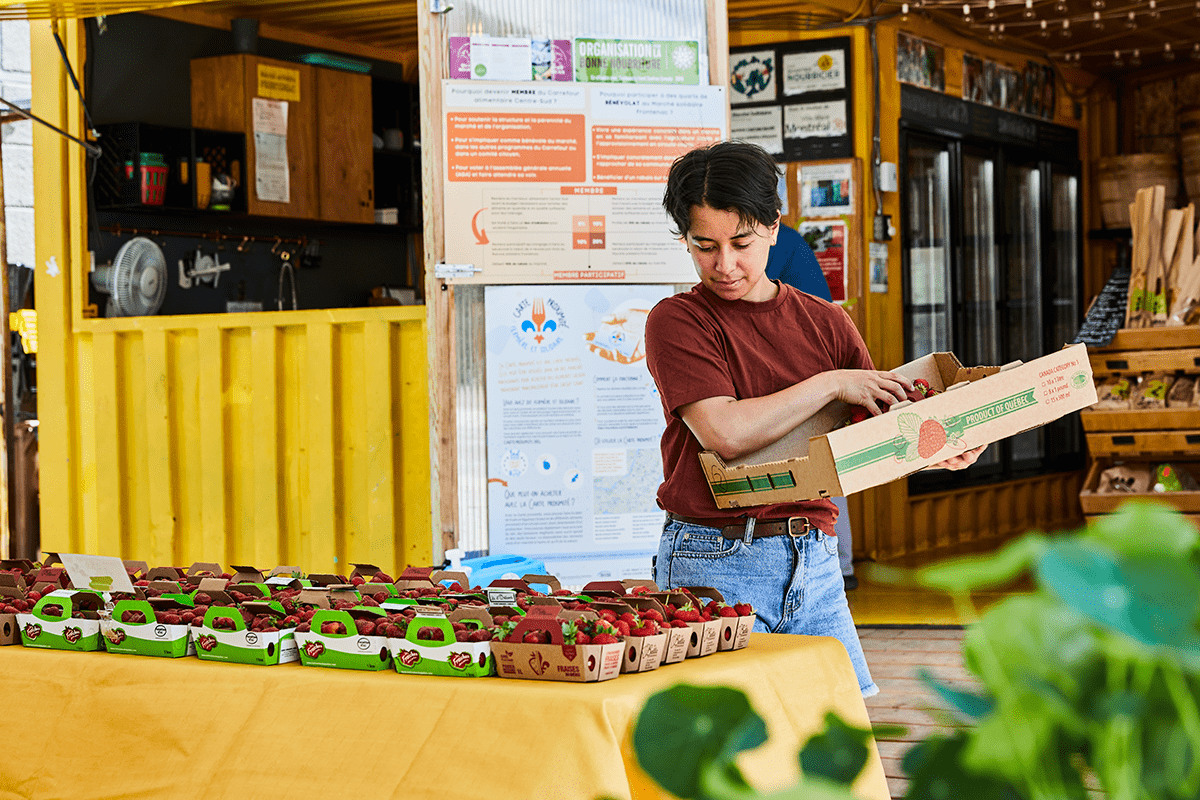 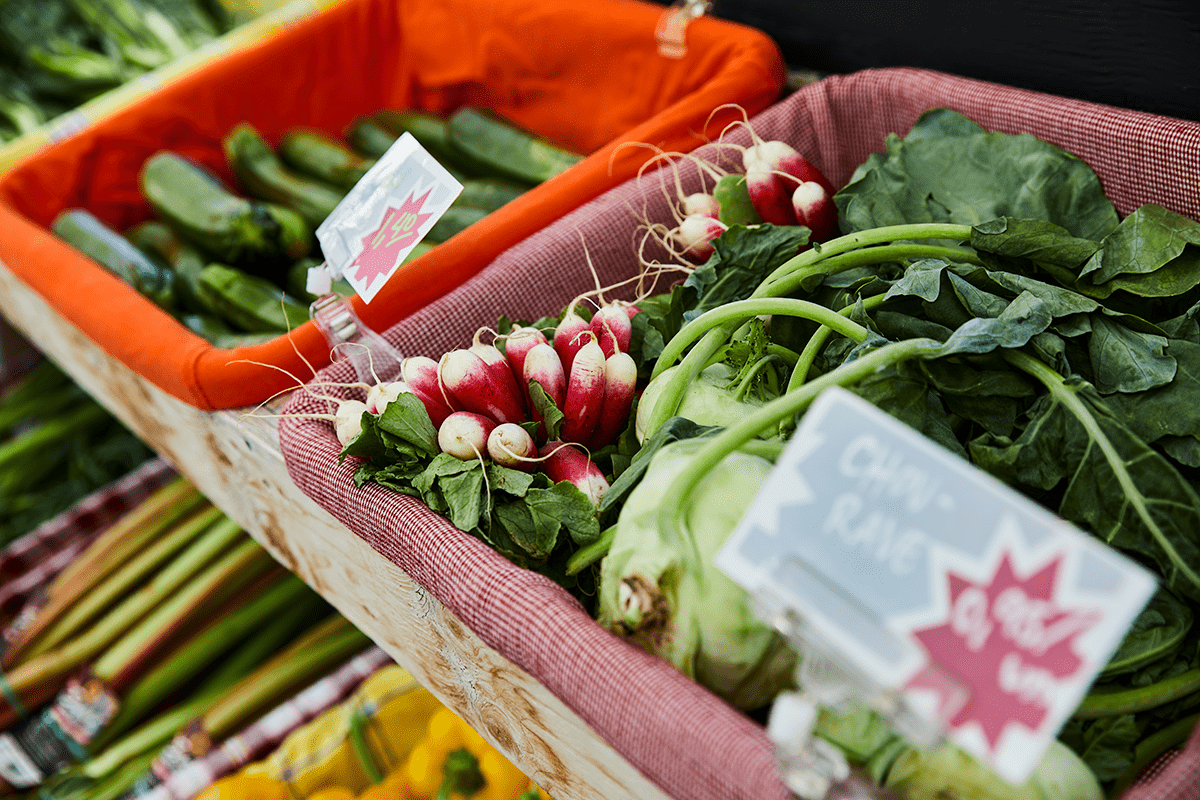 Thanks to its strategic location near public transport and the very low price of its products, the Marché Solidaire Frontenac is truly accessible to the people it serves, a community who has strong ties to its neighbourhood.

“Centre-Sud is like a small village!” says Vanessa Girard Tremblay. “The social fabric is strong. People take action when they want change in their neighbourhood. There are many committees and everyone has the same objective at heart, which is to improve neighbourhood life. It’s beautiful to see,” she says proudly.

In order to reduce the pressure on the customer’s wallet, the market offers the option to volunteer in exchange for a discount on purchases. Four hours of work at the Marché Solidaire Frontenac entitles you to a 10% discount… Some people have been giving a little of their time each summer for the last 10 years!

Around 1,200 families on the island of Montréal also have access to the Carte proximité, a way to give purchasing power to Montrealers who need it. From July to October, an amount is paid on these cards, which gives holders regular access to quality local fruits and vegetables and the opportunity to diversify and improve their diet.

Eating well and enjoying our beautiful local products should not be complicated, expensive or out of reach. Ultimately, that’s precisely what Marché Solidaire Frontenac is all about! 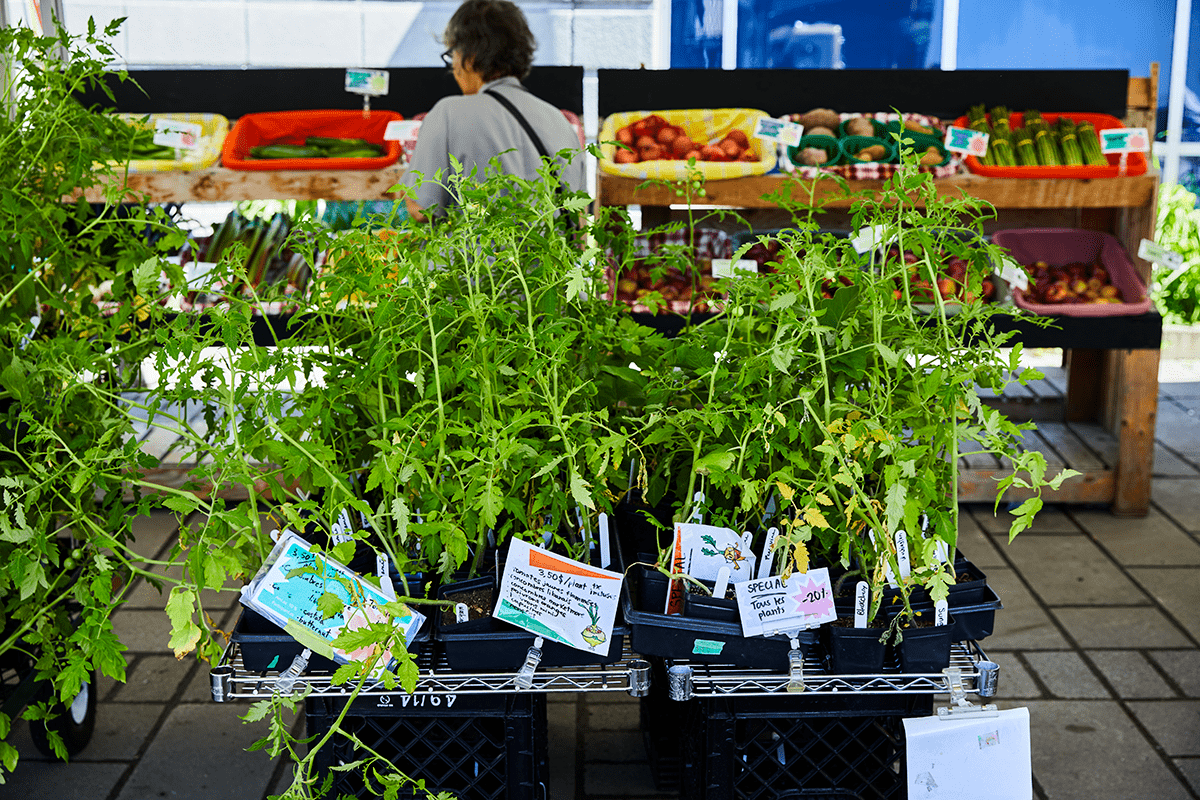