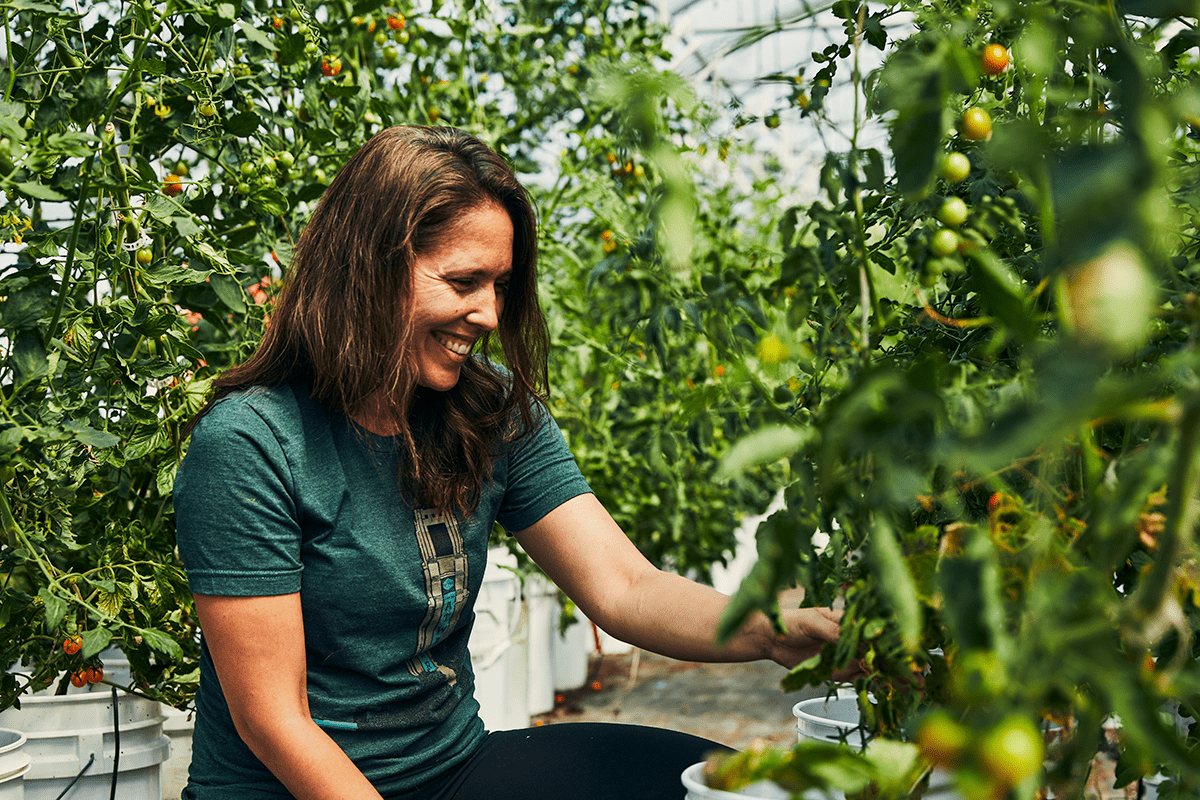 There’s something timeless about Montréal’s public markets. Strolling through the beautiful art deco building and kiosks surrounding the Atwater Market, it’s easy to be transported back in time. However, this mythical place is livelier than it’s ever been thanks to the passion and energy of young producers and artisans such as Mélissa Dauphinais, the vivacious owner of Les Fruits de la relève.

Watching Melissa go about during our end-of-day visit is simply breathtaking. In a matter of five minutes, she serves customers, answers her employees’ questions, stocks the stalls, hands over ugly tomatoes to her neighbour for an upcoming canning project, is offered unsold bread and doughnuts from other merchants and actually finds the time to cheer on a young girl who’s running a lemonade stand for the weekend. All this with a smile and after a 12-hour workday in the middle of a heat wave. What a ball of energy!

It quickly becomes obvious where Mélissa gets that from. Her grandmother, who recently passed away, had berry stands at the Bonsecours and Central markets with her husband, tended to the fields and drove her big truck back and forth to Abitibi to pick up crates of blueberries. All this while raising 11 children! “People still talk to me about her, it’s crazy!” says the 35-year-old entrepreneur who proudly represents the third generation to work on the family land, located in Hemmingford. 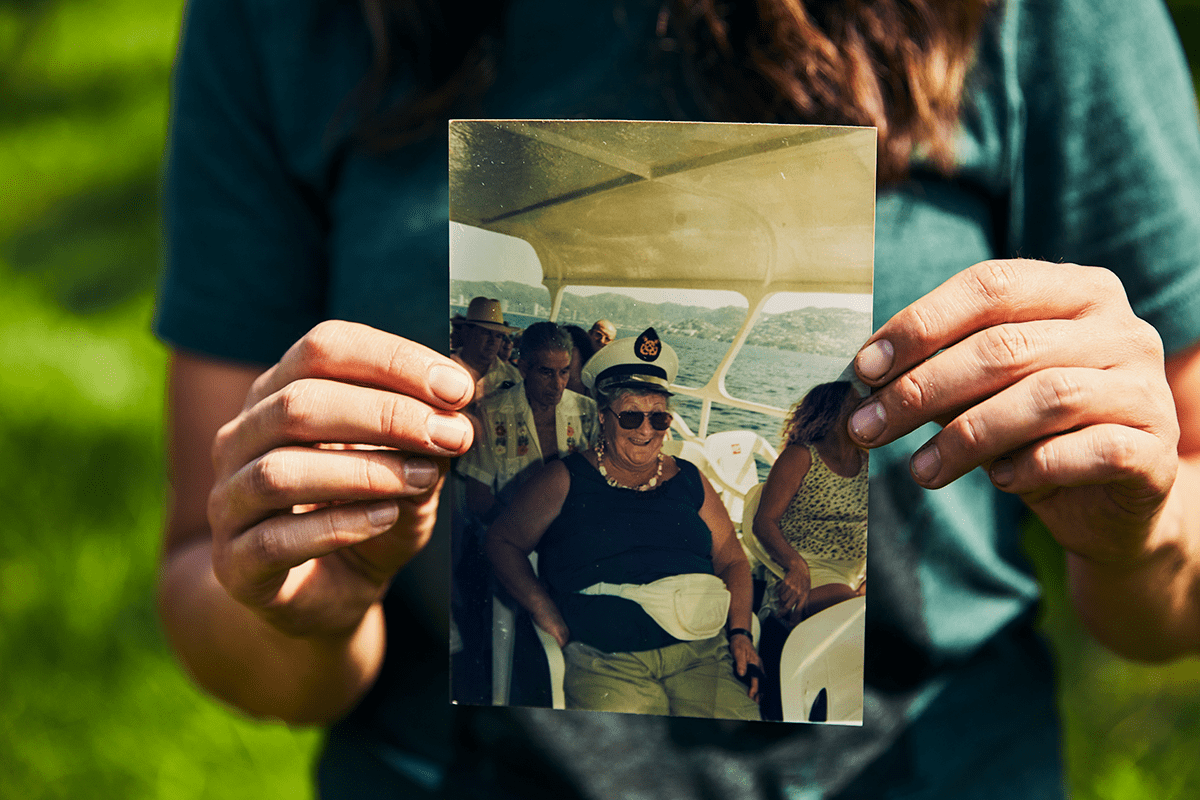 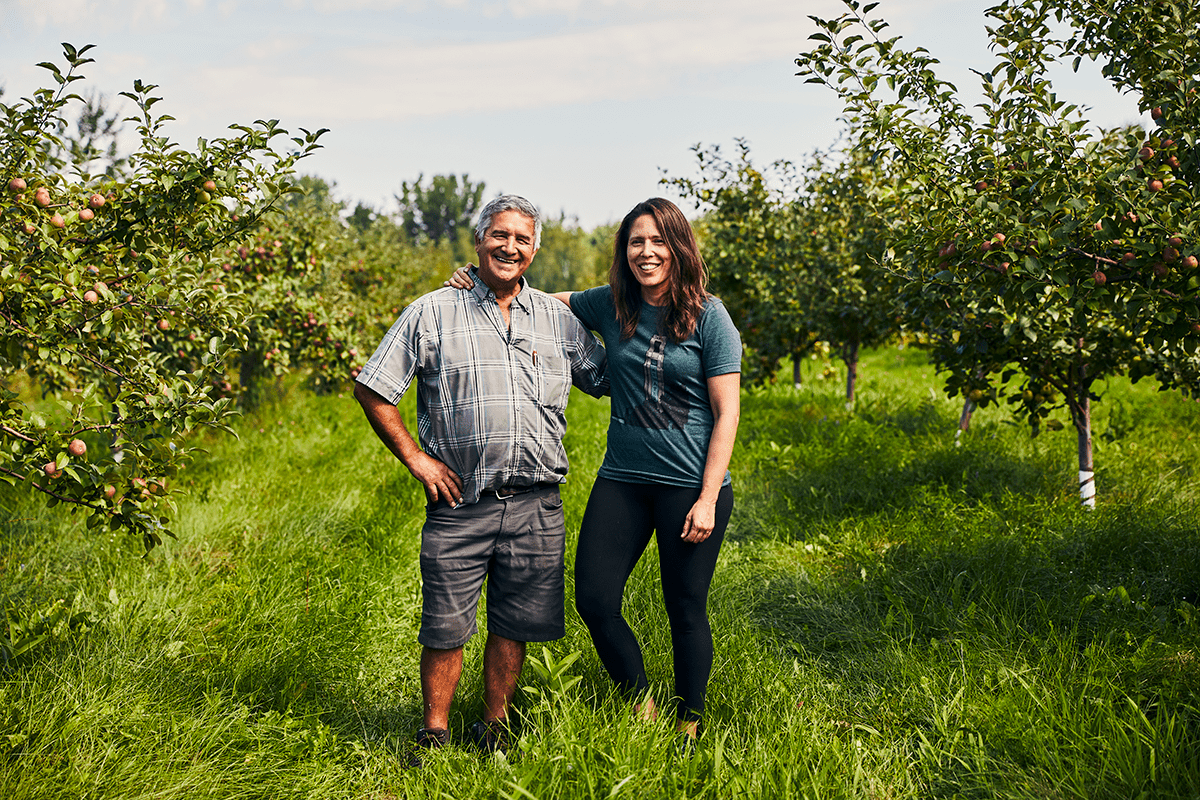 Having helped her father for years with his stall, Mélissa Dauphinais knows the Atwater Market like the back of her hand. She even had her first small kiosk there at the age of 11. But she really fell in love with agriculture 10 years ago, just after finishing her studies in social reintegration. “I came to help out my sister, who’s given me her kiosk since, while I was thinking about what I was going to do next. I also started planting garlic and tomatoes on the family land. That’s when I realized how much I loved it. So much so that I was on all fours in the fields two days before I gave birth!” says the farmer. She has since specialized in growing heirloom and cherry tomatoes, as well as producing honey that’s wildly popular with market customers.

Mélissa’s kiosk is open from the end of June to the end of October. It features Québec berries – strawberries from Île d’Orléans, blueberries, raspberries –, garlic, garlic blossom and aromatic herbs produced by her father, as well as vegetables and fruit – including peaches – from small producers in the Montérégie region are also available. “I’ve been working with the same farms for years. I also encourage new farmers, such as the Collectif Giroflée, or small organic farmers who don’t have enough time to cultivate their land and run a market stall,” she says. 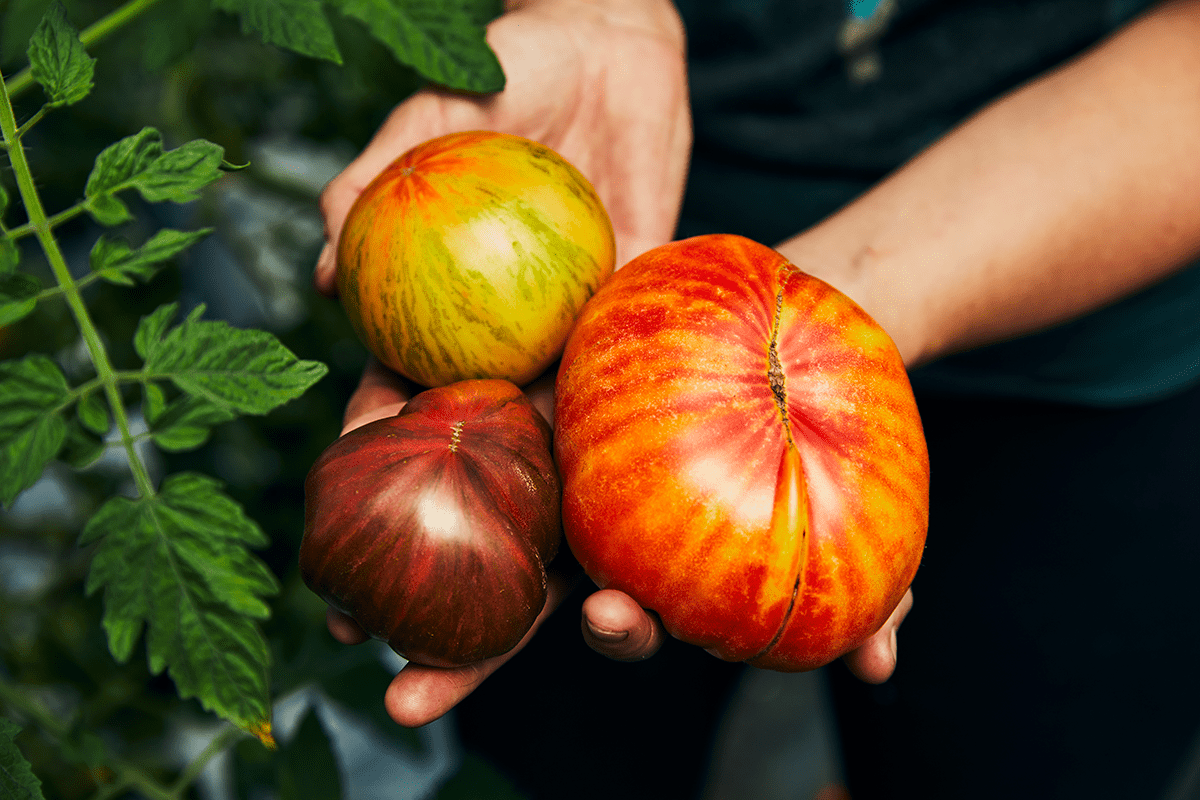 Mélissa is proud to be part of a new generation that is increasingly involved with the farmer’s markets. “I find it stimulating,” she says. “The young people who are here were not forced to become farmers. They did it by choice, they want to be here, they are passionate and have lots of ideas. It’s really beautiful to watch them work.”

The farmer appreciates the convivial, even familial, atmosphere that’s always been the Atwater Market trademark. It can be seen at first glance. “There’s a great deal of mutual support among us on a daily basis,” confirms Mélissa. “Our neighbours are always there to support us. That’s precious.” 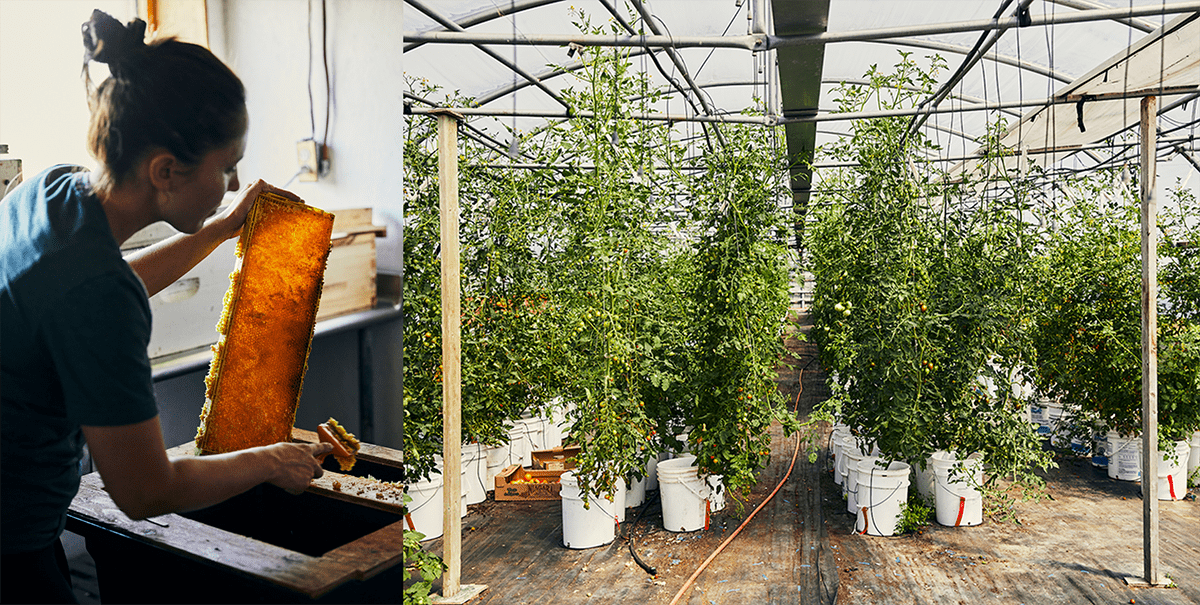 The feeling of togetherness that prevails among the market merchants is shared with the public. “I love the special contact I have with my customers,” says the farmer. “There’s a real closeness between us. I know them, I know their lives. Beyond my role as a food provider, I also enjoy taking on this responsibility as a human being.”

Mélissa Dauphinais keeps cultivating this social counterpart, at the market, with her customers, employees and stall neighbours, or on her land with groups of young people with various needs she hosts from time to time. “Farming and beekeeping is something concrete and beneficial,” she says. “It makes me happy to help young people recharge their batteries and refocus.” Perhaps one day Melissa will devote some of her time to social reintegration in the countryside. But until then, she’s full of ideas for making Les Fruits de la relève grow and keeps enlivening the Atwater Market she loves so much.

What motivates you to get up so early in the morning?

I run a marathon from the end of June to the end of October, and I live it to the fullest. But I won’t get up that early the rest of the year!

Your fondest memory of the farm?

Playing with my brother and sister and my cousins who lived nearby. We would climb trees, build castles, play ice hockey. Our farm was a really fun place to gather!

A must-have product when visiting your stand?

Heirloom tomatoes because they’re really delicious. They have a thinner skin and more flavour than conventional tomatoes. I love to eat them simply, sliced, with fresh mozzarella and a drizzle of olive oil.