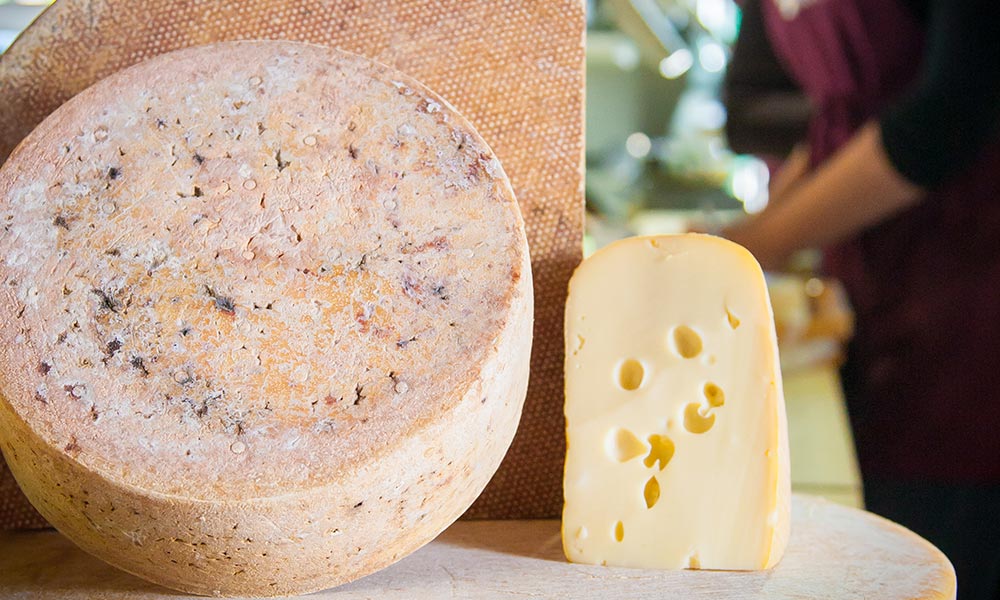 Fromagerie Au Gré des Champs (Montérégie)
Soft
M.F. : 20% Moisture : 61%
Le Pont-Blanc is a farmstead artisan-made organic cheese that is ladled into a mold. It’s fine and silky paste softens with time and its rind might occasionly show a dot of blue on the surface. As it is made from raw milk, its flavour varies from one season to the next. Le Pont-Blanc is among the first raw milk cheese aged under 60 days made in Canada.
AWARDS AND DISTINCTIONS
Finalist at the 2014 canadian cheese awards, 1st prize winner in the bloom rind cheese category at the 2013 Sélection CASEUS contest – prix de l’École de laiterie and 2nd place among soft, farmstead cheeses at the 2011 American Cheese Society competition.