Les Filles Fattoush: A Social Mission Served One Dish at a Time 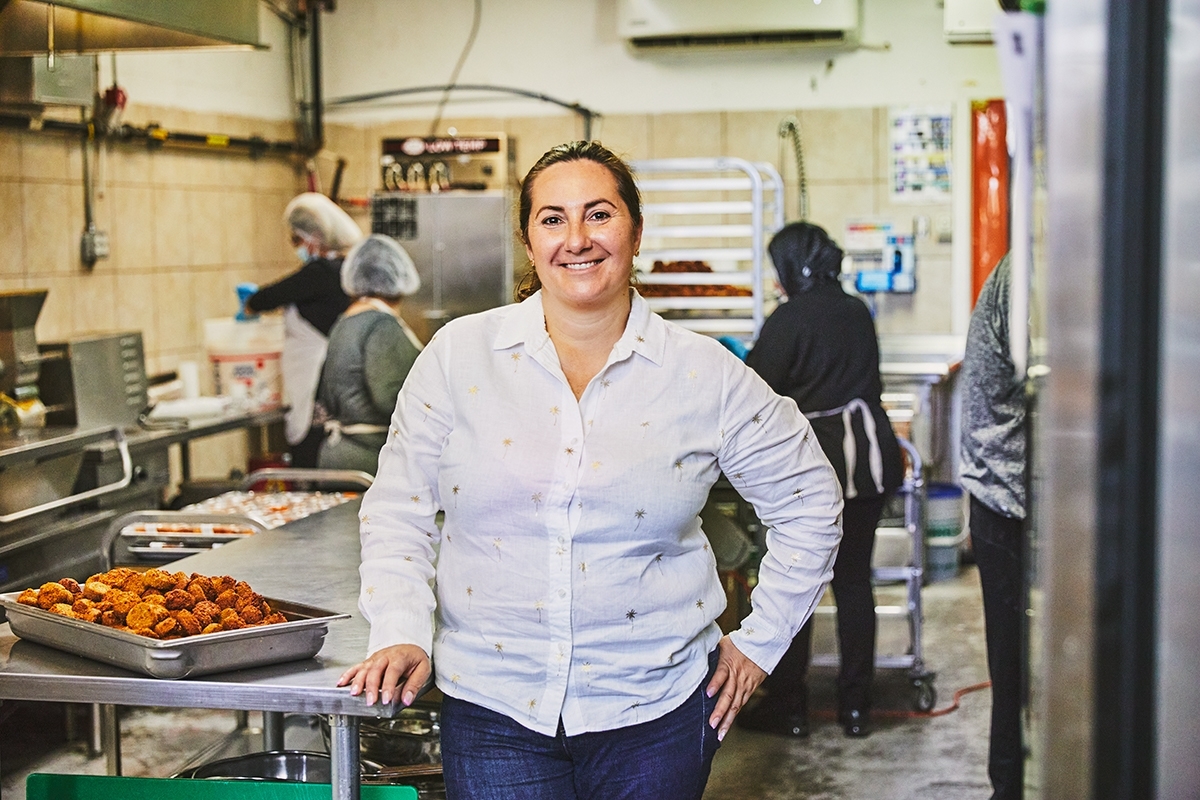 In 2017, Adelle Tarzibachi and Josette Gauthier founded Les Filles Fattoush, a Montréal-based catering service whose mission is to help Syrian refugee women break out of their isolation by allowing them to take advantage of their culinary skills. Five years later, the company has beautifully expanded: Les Filles Fattoush now offers ready-to-eat meals – some of which are distributed at its summer kiosk in the Jean-Talon Market – in addition to a wide range of Syrian spices and condiments. But the original mission of integrating newly arriving Syrian women into society, one dish at a time, is still very much alive.

By cooking dishes from their home country with other women in the same situation as them, Les Filles Fattoush workers not only find a livelihood, they also make friends, learn to speak French and share the flavours of their native country in their host country. 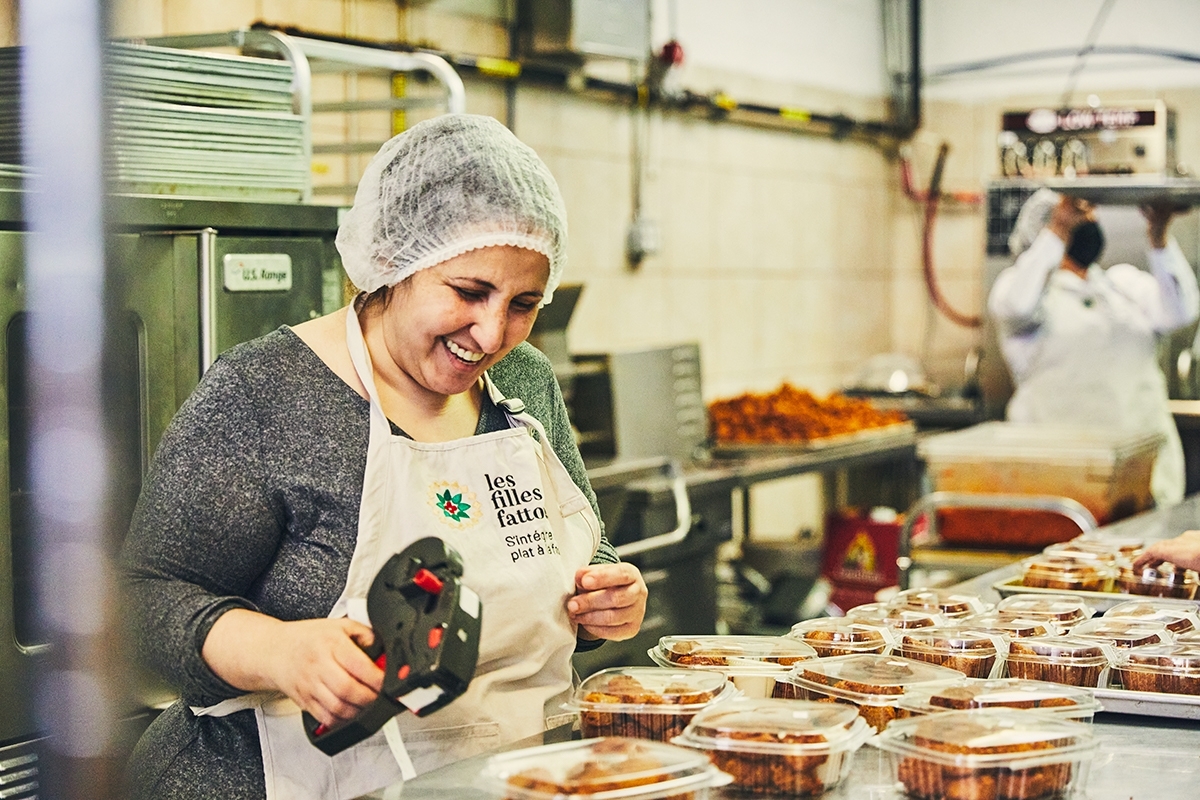 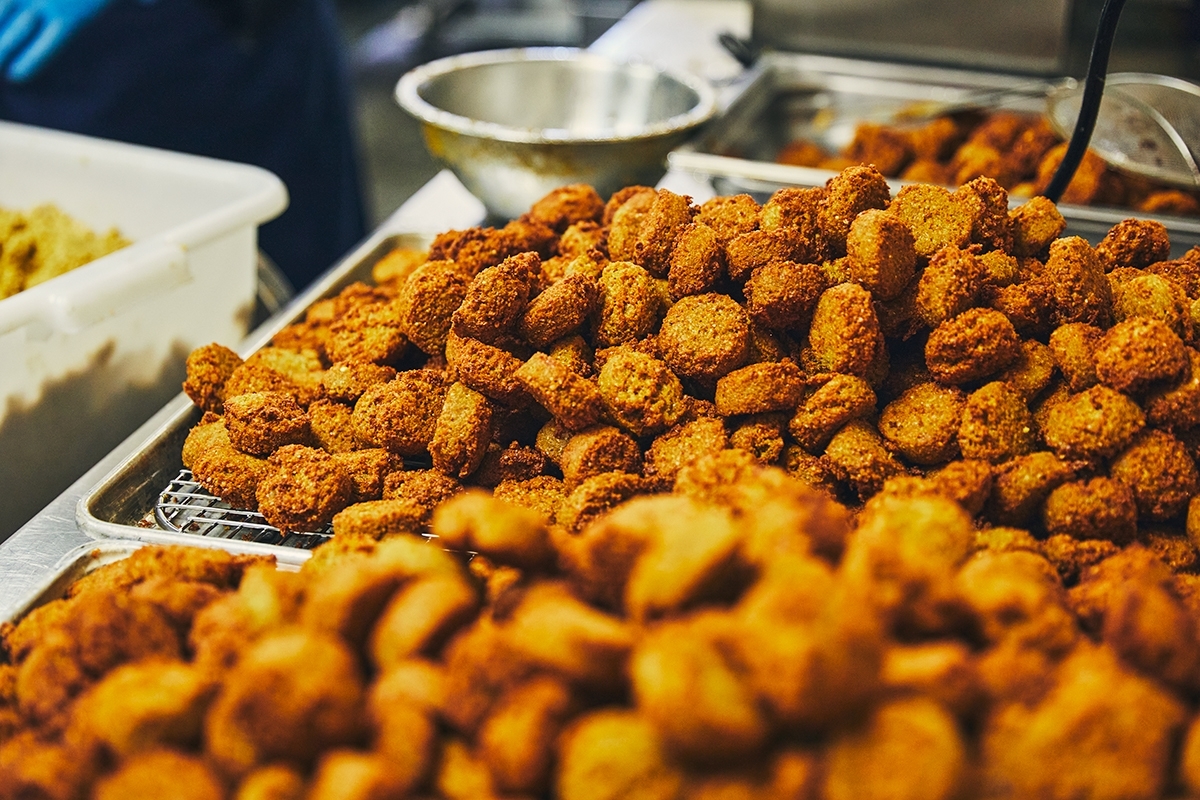 Straight from the Kitchen to the Market Kiosk

In their small Mount Royal production kitchen – where a wonderful scent of spices and freshly baked falafel hangs in the air – the women hired by Les Filles Fattoush cook everything themselves. They prepare beef kebbes, lots of their famous mouhamara (pepper and nut spread), itch salad (bulgur salad) and other delicious Syrian dishes. During the summer, all of it is delivered at the Jean-Talon Market kiosk by a Syrian delivery man.

When Adelle Tarzibachi walks into her office above the production kitchen early every the morning, she’s already in high demand. With calm and confidence, she answers her constantly ringing phone in a mixture of Arabic, French and English, taking care of everything, one thing at a time.

One thing that kept her especially busy last spring was the Jean-Talon Market kiosk renovations. “We improved the kiosk space to make it bigger,” explains Adelle Tarzibachi. “We have new pantry products, including a salad dressing, floral waters and beverage syrups. We also have bouza, a Syrian ice cream with typical flavours such as pistachio, orange blossom, rose and morello cherry.”

The small market space is a way for her to connect with her customers, to figure out their current fancies, to exchange on the Syrian culinary culture. It’s also a way to go back to her childhood memories, says the Aleppo-born entrepreneur.

“It takes me back to the alleyways of my homeland, where small producers have their stalls selling cheese, flowers, citrus fruits or grape leaves,” she says. “There’s so much life in a market, unlike in a grocery shop. People talking, children running around. It’s a place where you take your time, strolling around.”

Few people of Syrian origin come to the kiosk. The regular clientele is mainly from Québec and is looking for culinary discoveries. Adelle Tarzibachi talks about it with a lot of pride: “They buy products they don’t know that they aren’t even sure to like, simply to taste and discover something new. That’s very noble of them! Our best seller is definitely the muhamara.”

It’s also that Quebecers recognize themselves in Syrian cuisine, which is one of sharing. “We put all the dishes in the middle of the table, we taste everything,” she explains. “We spend time sitting together, we exchange, we chat, we eat. There’s nothing like a good meal to build relationships, whether it’s among Quebecers or Syrians!” 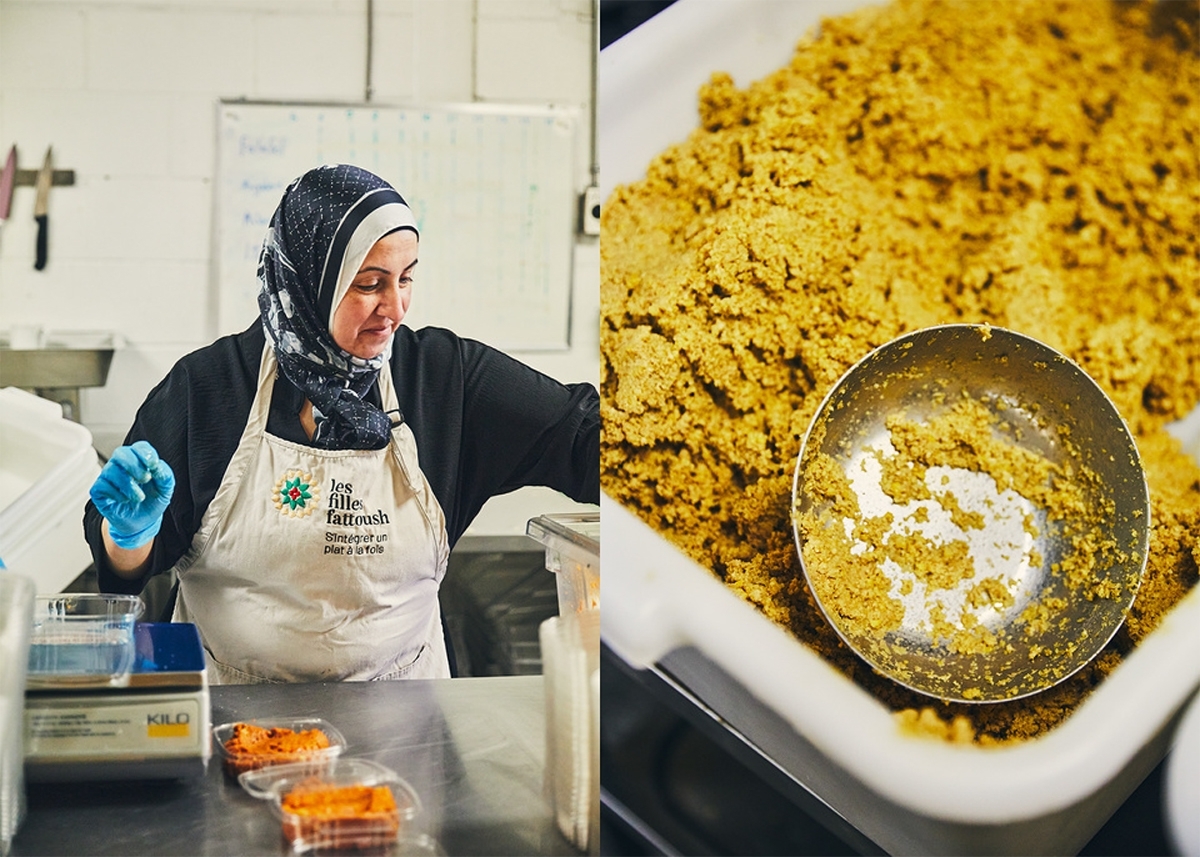 Three words to describe the Jean-Talon Market: Authenticity, freshness and preserves. It’s the perfect place to stock up on fresh produce to can for the winter!

What you always buy at the market: Flower bouquets. They stay beautiful for so long. My last bouquet lasted at least 14 days! Freshness is everywhere at the market, even at the florist.

A Québec dish that you particularly like: I love lobster! When it’s in season, I often treat myself to lobster guédilles. Eating one always makes me travel, it reminds me of the Gaspé!

Les Filles Fattoush are now Laureates of the Business or Initiative of the Year award for the Lauriers de la Gastronomie 2022!