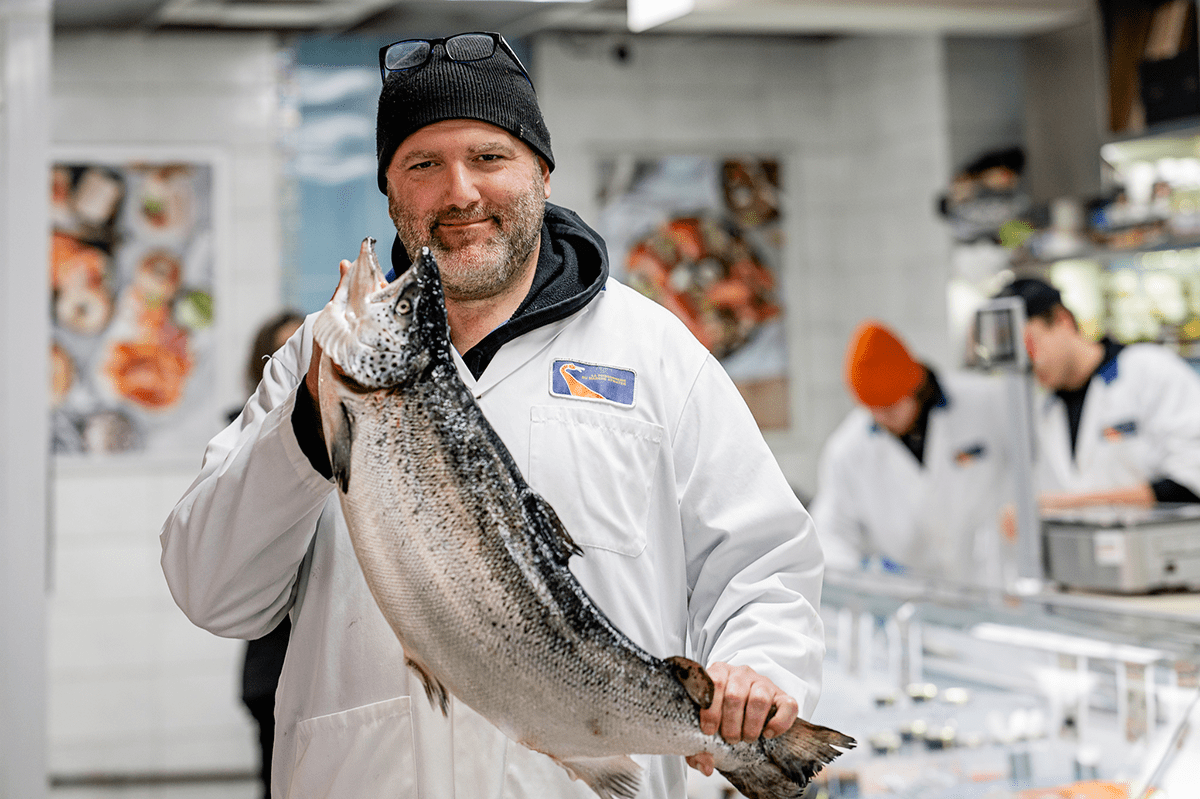 According to Jean-Sébastien Bernard, current manager and a well-known figure at Poissonnerie Atwater, thawed cod and haddock were the popular items when Amédée Archambault founded the fish shop in 1975. Nearly 50 years later, Quebecers’ tastes have significantly changed. But what still remains is the respect for the product, its quality and freshness, which has been this beloved business trademark from the beginning.

Jean-Sébastien Bernard is a calm and collected man. But when you talk to him about his new arrivals, the price of snow crab or the specifics of the beautiful lobsters in his tank, his eyes shine and a smile lights up his face. Jean-Sébastien is a true enthusiast who has learned everything he knows on the job and for whom every day of work is an opportunity to deepen his knowledge of the wonderful world of seafood.

Now in his early forties, Jean-Sébastien started out as a clerk. He got his first “real” job in a fish store in 1999, when Loblaws hired him to develop the new fish counters at a time when supermarkets were introducing extensive fish counters. In 2001, he moved to IGA Extra to do the same job, then to Metro Plus. He gained a lot of experience and demystified the entire fish supply chain. That’s when he met his girlfriend. The daughter of a certain Amédée Archambault.

“That was in 2003. One day, she called me asking to come help out cut fish at her father’s business.” Jean-Sébastien went… and stayed there! Today he works with Christian, Amédée’s son, who’s taken over the family business. 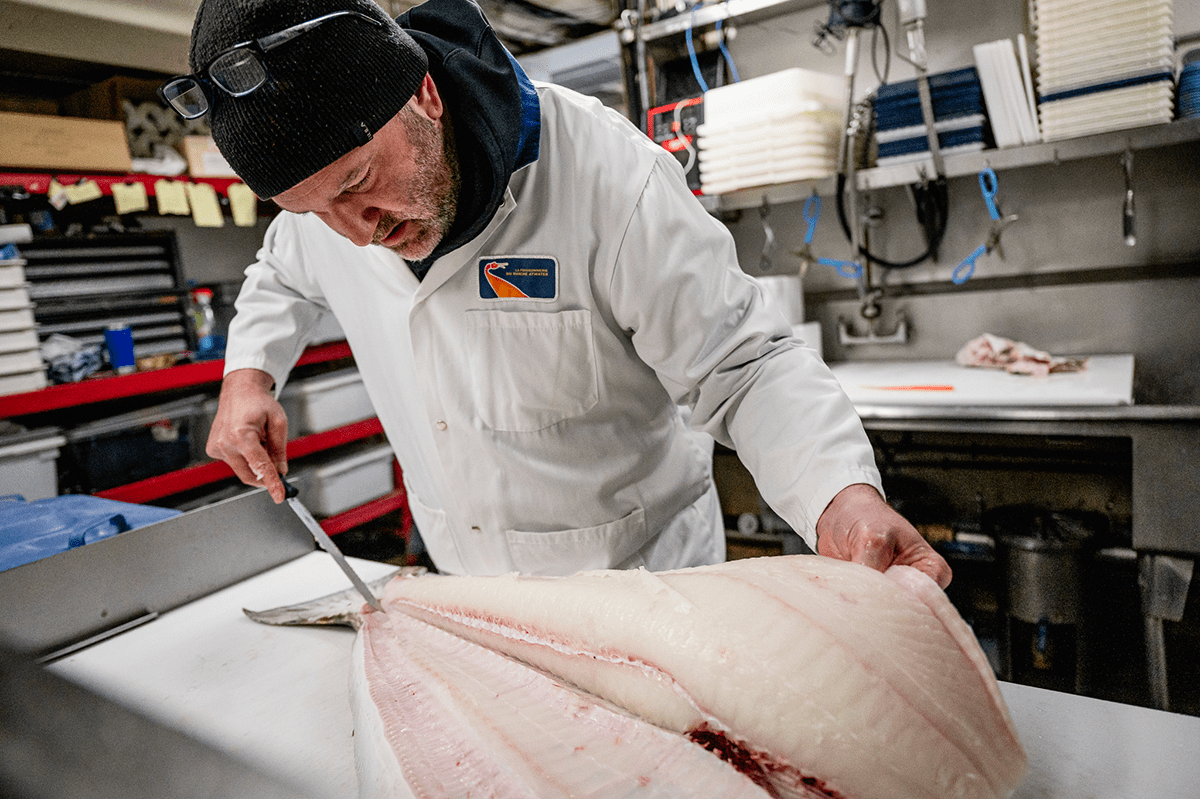 A Taste Acquired Over Time

Jean-Sébastien has had a front-row seat to the evolution of seafood trends. Indeed, it wasn’t until the early 1990s that Quebecers became really interested in fresh fish, when they discovered a very popular dish from Japan: sushi.

The arrival of refrigerated trucks, which made it possible to transport beautiful fresh fish from the Gaspé or Nova Scotia, for example, to Montréal, also turned the supply chain of urban fish shops upside down.

These two small revolutions meant that the frozen fish that used to fill fish shops’ freezers were soon replaced by fresh salmon, prawns, octopus, eels, sea urchins, turbot and Arctic char, to name but a few. 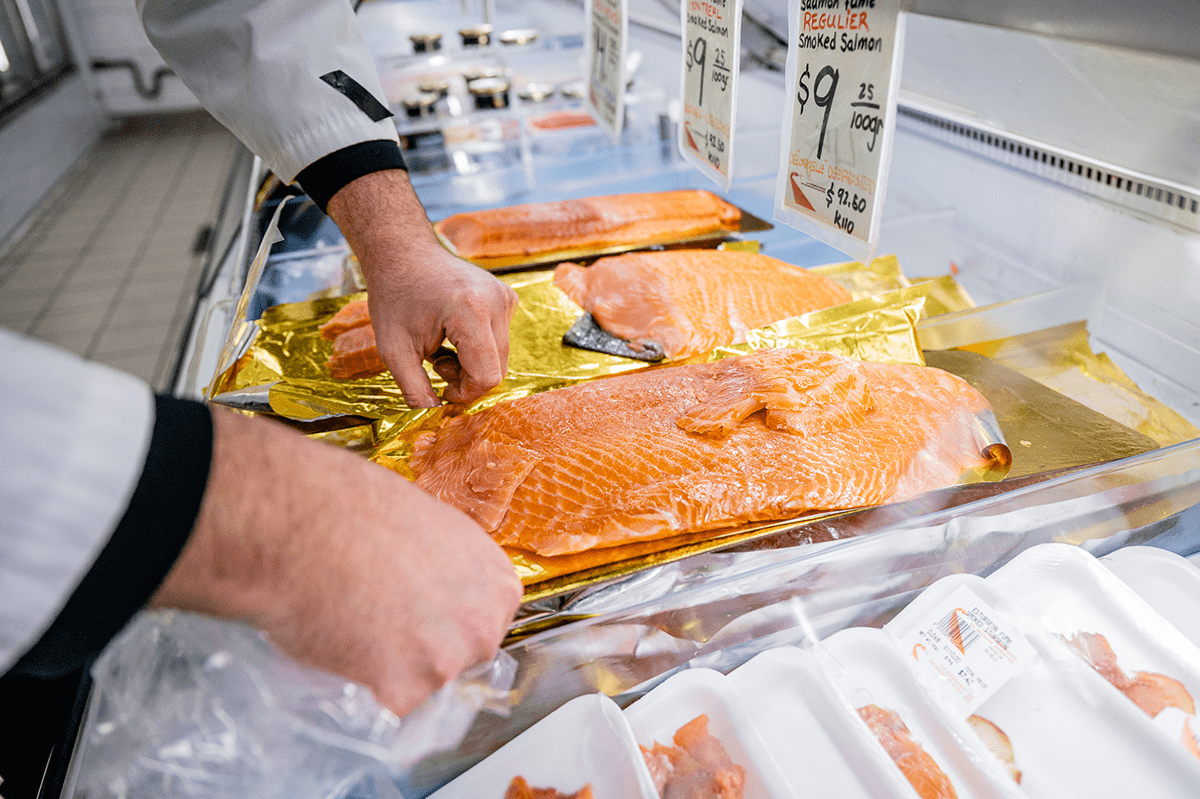 A Curious and Connoisseur Clientele

“Our customers are epicureans, they know about fish and seafood and demand quality products,” says Jean-Sébastien, who never tires of answering his customers’ many questions about where his products come from and how to cook them.

He knows exactly where and how the fish he sells was caught. Moreover, everything is prepared on the spot by Jean-Sébastien and his team. In the cold room, located at the back of the fish shop, fish are stored whole on ice, just waiting to be meticulously cut into fillets or steaks. “This ensures the freshness and quality of all our products,” says Jean-Sébastien with pride.

So, what must we get at Poissonnerie Atwater? “Without a doubt, oysters, or salmon, in many shapes and forms!” says the fishmonger. You can find it freshly filleted, freshly cubed for tartare or smoked in a variety of ways. “We’re sure of one thing, and that is that we have the best smoked salmon in Montréal,” he adds with a smile.

Ask him to prepare a tray of all his smoked salmon flavours. I promise you’ll just love it! 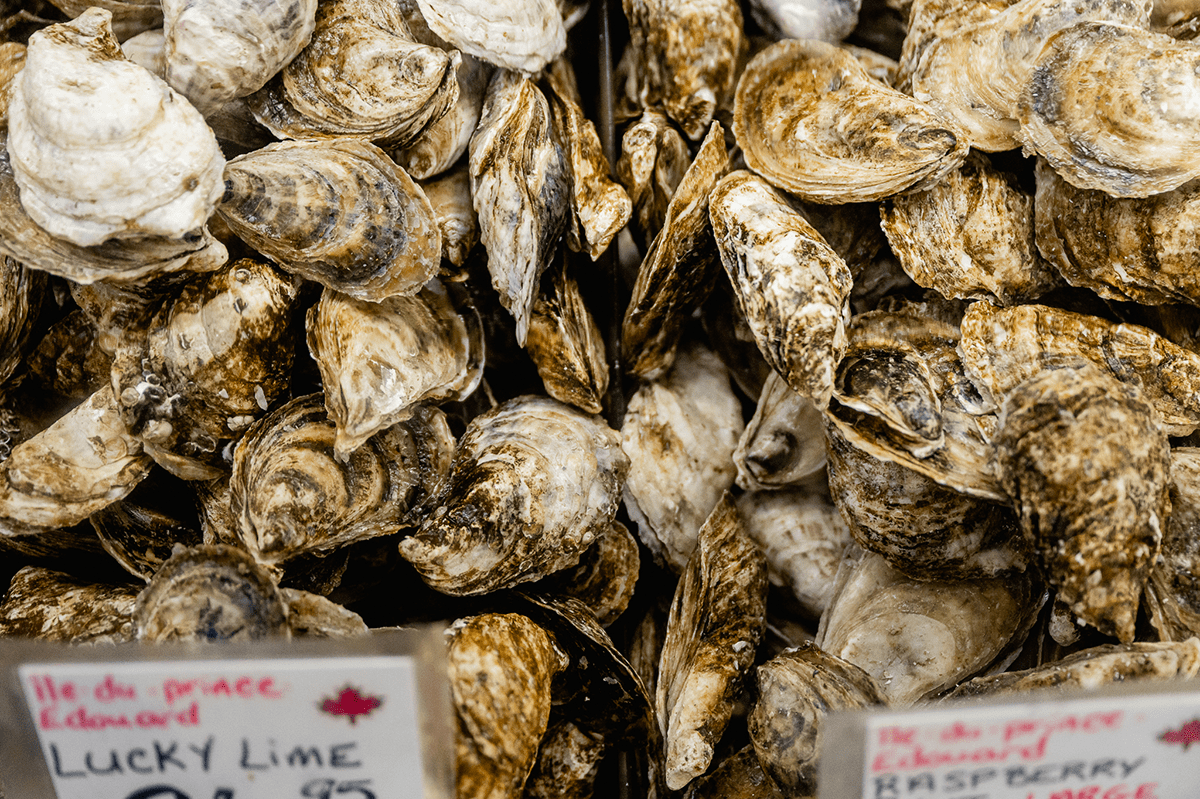 Your fondest memory of the market? My first Christmases at the fish shop. It was amazing! People were lining up outside. We were giving out coupons, that’s how we realized that we sometimes had up to 100 people waiting to get their order! Now we’re better prepared for these crowds. I was only 24 at the time. It’s been very formative.

An anecdote about your fish shop?  Maybe Roch’s story? He was my employee in 2006. He met his girlfriend while he was working at the fish shop… she was working just across the street at the fruit and vegetable stand! He works with her now, but he comes back to help us in the winter.