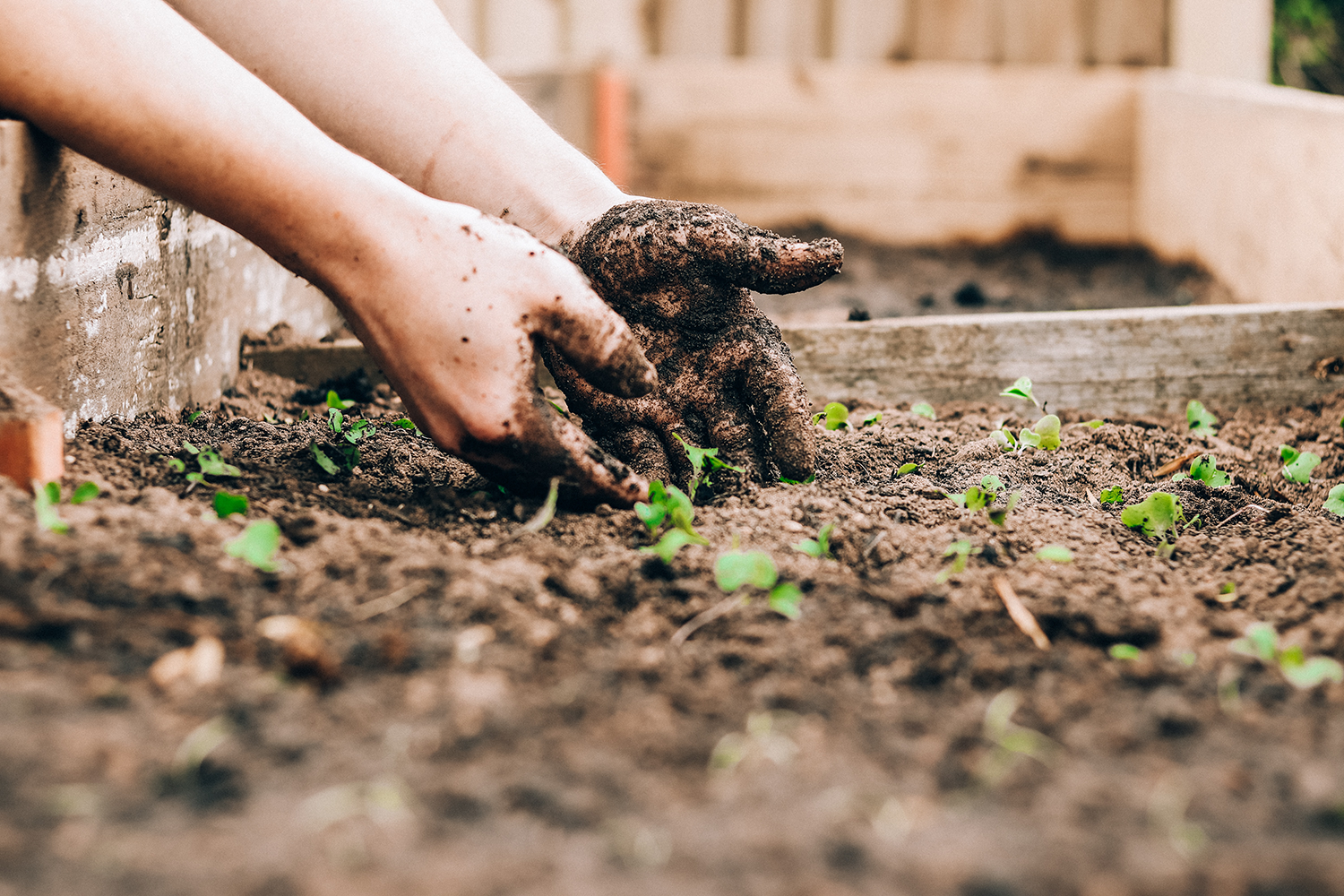 In today’s economy, with its rampant inflation, many people are feeling a pressing need to achieve greater food autonomy and rediscover the essence of food by growing vegetables. If you’d also like to harvest your own fresh carrots and tomatoes this summer, you’ll need to prepare the soil before you plant anything. Here are the steps to follow to prepare your garden to deliver an abundant harvest of delicious vegetables!

A garden to meet your needs

A vegetable garden can be any shape you like, but, in most yards, squares and rectangles work best. A plot of about 36 square metres (400 sq. ft.) – 6×6 metres (20×20 ft) – is usually adequate for growing enough vegetables to feed a family of four from spring through fall. It’s also a good idea to draw a sketch of your future garden, on paper or digitally, including the locations of the vegetables you want to plant. This will allow you to grow the vegetables you need most. Choose a site that gets plenty of sun: although some edible plants can grow in partial shade, most require six or more hours of sunshine daily.

A vegetable garden usually has two distinct zones: beds dedicated to plants and paths for accessing them. To ensure that your vegetables develop deep roots and yield as much as possible, beds must be wide, deep and raised. Each bed should be about 90 cm (3 ft.) wide, with variable length. That much width gives you easy access to the centre for weeding, fertilizing and harvesting. The depth of tilled soil in a planting bed needs to be 40 to 45 cm (16 to 18 in.).

Planting beds can be separated by pieces of wood, but wood tends to rot quickly in contact with soil. Choose cedar or oak, two species known for their rot-resistance, and be sure to line the inner wall with a geotextile membrane. Finally, make sure the paths between planting beds are narrow – 30 to 40 cm (12 to 16 in.) wide – and cover them with a geotextile membrane and a thick layer of mulch to avoid the need for frequent weeding. Do not put a mulch layer on the beds themselves.

It isn’t a good idea to remove the existing topsoil to replace it with a soil mixture. If you add compost to sandy and clay-rich soils they can become high-quality soils, given enough time. Compost is an exceptional product that has highly beneficial effects for soil and plants. Because it’s rich in humus, compost lightens, loosens and aerates clay-rich soils, which tend to be heavy and compact. The result: compost improves the soil’s drainage. In sandy soil, humus improves water and nutrient retention, which slows erosion and leaching.

If you don’t make your own compost, commercial compost is sold in bags. Ideally, choose a product certified by the Compost Quality Alliance (CQA). Spread it to a thickness of about 5 cm (2 in.) over the soil in each planting bed. You’ll need about three 15 kg bags per square metre.

Finally, add the compost to your planting beds using a spade or a roto-tiller. Once it’s well mixed with the soil, the final level of each bed should ideally be about 20 cm (8 in.) higher than the paths. Using a rake, you can smooth the surface of each bed and compact its sides, which should slope gently. You can also mark off the borders of your beds with pieces of wood.

Fertilizer is not strictly necessary for the healthy and vigorous growth of most edible plants. Generally speaking, most plants will receive adequate nutrients if you simply add compost to your garden soil annually. However, particularly nutrient-hungry vegetables such as eggplants, cucumbers and tomatoes may require fertilizer.

In addition to plenty of compost, a slow-release natural fertilizer rich in nitrogen and potassium – with a ratio of approximately 5-3-8 – helps edible plants grow better and produce more. At the time of planting vegetables, add about 60 to 90 ml (two or three handfuls) of fertilizer per plant or about 1 kg per 10 square metres of planting bed.

It is also beneficial to use a mycorrhiza fungus when planting edible plants. The fungi’s mycelial network attaches itself to the plants and acts as an extension of the root system, boosting water and nutrient intake and ensuring more abundant flowers and fruits. Simply put a small handful of mycorrhiza near the roots during transplanting.

The easiest plants to grow in your vegetable garden are undoubtedly those with edible leaves. So, if this is your first time growing vegetables, choose plants like Swiss chard, spinach, kale and lettuce. Most root vegetables, such as carrots and beets, as well as peas and beans – dwarf or climbing – provide excellent yields while generally requiring little attention.

You’ll probably also want to grow some tomatoes in your first vegetable garden. Choose productive, disease-resistant cultivars such as Celebrity and Sungold. You only need three to five tomato plants to grow enough tomatoes for a family of four. It is recommended that you have some experience before growing eggplants or peppers in your garden, because these are particularly demanding plants.

Lastly, aside from basil and cilantro, which have a reputation for being capricious, most herbs can be grown alongside most vegetables. Don’t forget to include some nectar-producing flowers to attract pollinators to your garden. Some of these flowers, such as nasturtiums, pot marigolds, sunflowers and marigolds are perfectly edible!

Planting at the right time

Since it’s often less expensive than buying potted seedlings from a garden centre, you can grow some of your edible plants from seed, especially if you’re looking to save money during this inflationary time. Most herbs, leafy greens and root vegetables can be sown directly in the ground outdoors, in late April or May, depending where you are. Beans and most gourds (cucumbers and squashes) can be sowed outdoors around mid-May. However, you can’t simply sow eggplants, peppers or tomatoes outdoors in late May or June and expect to have a good harvest! These plants must be started indoors, under artificial LED lighting, six to eight weeks before moving them outside.

The ideal time to transplant tropical plants like eggplants, cucumbers, peppers and tomatoes is when all frost risk has passed for your region. In Montreal and several municipalities in southwestern Quebec, that’s most often in late May, usually after the 20th. Don’t forget to acclimate your seedlings to outdoor conditions before transplanting them. This hardening-off period should start a few days before transplanting. Simply place your seedlings outside in partial shade for a little bit longer each day.

Happy gardening and may your harvest be bountiful!

By Albert Mondor, horticulturist and biologist.