Aqua Mare: The Best from the Seven Seas 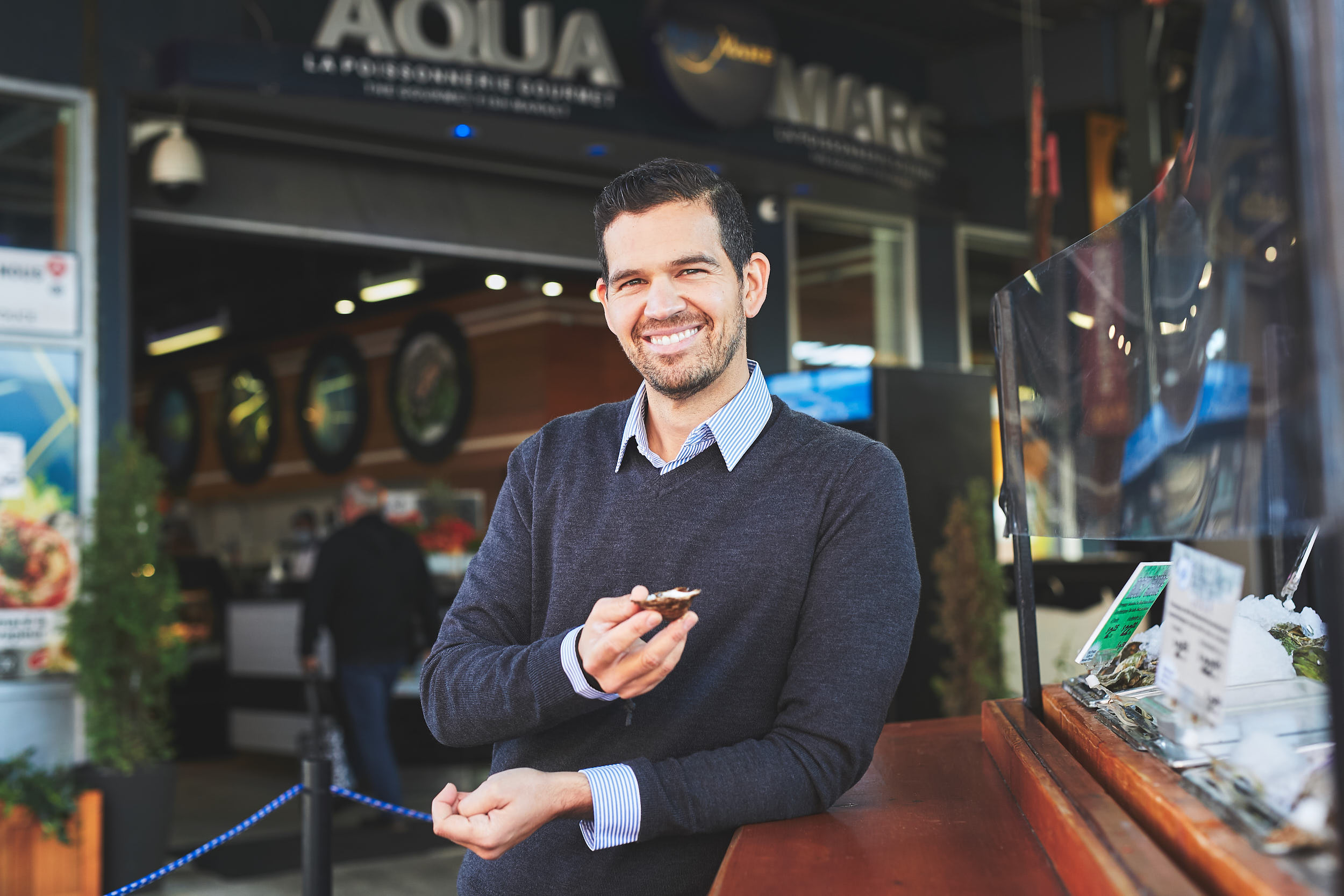 Since 2005, Aqua Mare has won over the tastebuds of many Jean-Talon Market fans with its vast selection of top-quality fish, seafood and oysters, as well as its wide range of marinated, fried and ready-to-eat seafood dishes. Let’s take a quick tour of the shop with its enthusiastic owner, Luciano Gentile.
Aqua Mare has been around for 16 years, but the Gentile family’s love affair with seafood and the Jean-Talon Market goes way back. Luciano’s grandfather was already a fishmonger at the market in 1959. “As a kid, I remember that there were live animals around our stand,” he says. “That made quite an impression on me.” For Luciano, who grew up in the family fish shop and spent his summers in the Gaspé region where his family fished and processed fish, working in the seafood business is second nature. So it was only natural for him to team up with his mother, who already ran the Shamrock fish shop located near the market, to open Aqua Mare. Head for the oysters!
Luciano knows everything there is about fish, but what really sets him apart from his peers is his passion for oysters. A true aficionado – he can talk about oysters for hours! – Luciano has been devoting a lot of time and energy to the mollusk in recent years. That explains why he opened La Boîte aux huîtres at Jean-Talon Market, a specialized shop that offers about sixty varieties, some of which are exclusive. He also runs Mother Shuckers, a mobile oyster bar where oysters are served in surprising ways – on a piano, a cargo bike or even a Vespa-counter! – that can be booked to feast on a dozen varieties of oysters during events or business meetings. For Luciano, the world of oysters is more than the popular varieties and classic tastings. He enjoys introducing new varieties to his customers and imports his oysters from all over the world to offer them a wide range of tastes and unique characteristics. “Oysters from Ireland have nutty, cucumber notes, as do those from British Columbia, while those from France are elegant and saline. I also import from the United States for their softer, vegetal and earthy notes. And, of course, from Québec and the Maritimes, where you find some of the meatiest varieties,” he explains. A true fan never goes halfway. At any given time and based on arrivals, Aqua Mare offers at least fifteen different varieties of oysters along fact cards stating the origin, characteristics and taste of each one. And for those interested, the fishmonger also offers to open the oysters without them losing their water for a succulent meal at home. A service that is much appreciated! 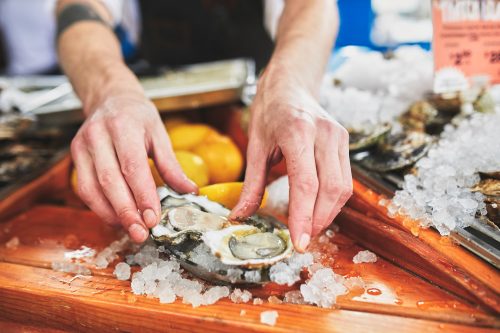 A distinctive offer from around the world
From the very beginning, Luciano wanted Aqua Mare to be more than a standard fish shop. You can find top-quality fish from sustainable fisheries, such as salmon from New Brunswick ordered directly from the fishermen without intermediaries, fresh seabream and sea bass from Greece delivered twice a week, and opah, an orange and red sunfish that tastes like haddock. “I also recommend trying Ora King, the marine equivalent of Kobe beef,” he says. “It’s a farmed salmon from New Zealand fed to become fattier. It just melts in your mouth. It’s delicious!” Fresh fish is not Aqua Mare’s only strength. You can also find smoked fish, seafood and various types of caviar, which can be bought individually or on platters. 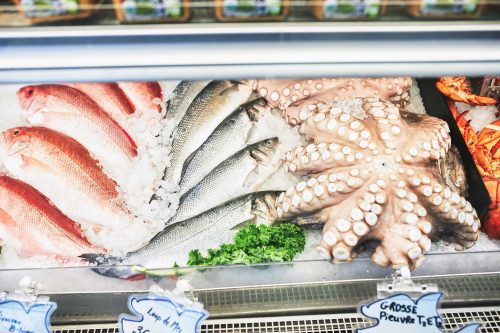 Anticipating trends
Aqua Mare’s owner has a flair for anticipating gastronomical trends in marine cuisine. From the catering platters he has been offering since 2005, to the fried squid that is all the rage, to the always-popular oysters, Luciano Gentile has often been a forerunner in his field. He’s now starting to offer vacuum-packed, portioned fresh fish for customers in a hurry. “Always making sure to include information about the fish, its origin and preparation tips on the packaging,” he says. The addition of a QR code is also planned and will allow customers to access more information on the product, its fisherman, as well as recipes. Aqua Mare is much more than a fish shop. It’s a Jean-Talon Market destination not to be missed if you appreciate original, top-of-the-line seafood of unparalleled freshness. A single visit will convince you! 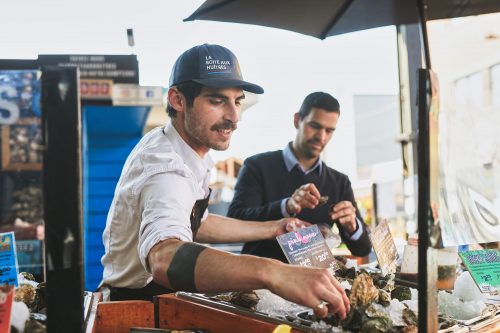 ⚡ QUICK QUESTIONS ⚡ 1) Your best memory of the market?
It dates back to my childhood. I loved having animals around… and bathing with the eels my grandfather kept alive in water until they were sold! 2) What do you like most about the market?
I love its liveliness, its bounty, the fact that you can taste lots of things at each kiosk, a bit like in Barcelona. I love the gourmet aspect of shopping. 3) Your favourite product right now?
The Kumamoto oyster. It’s small, with notes of watermelon and cucumber. It’s excellent! Text by Sophie Ginoux, Caribou magazine
Photos by Michael Abril