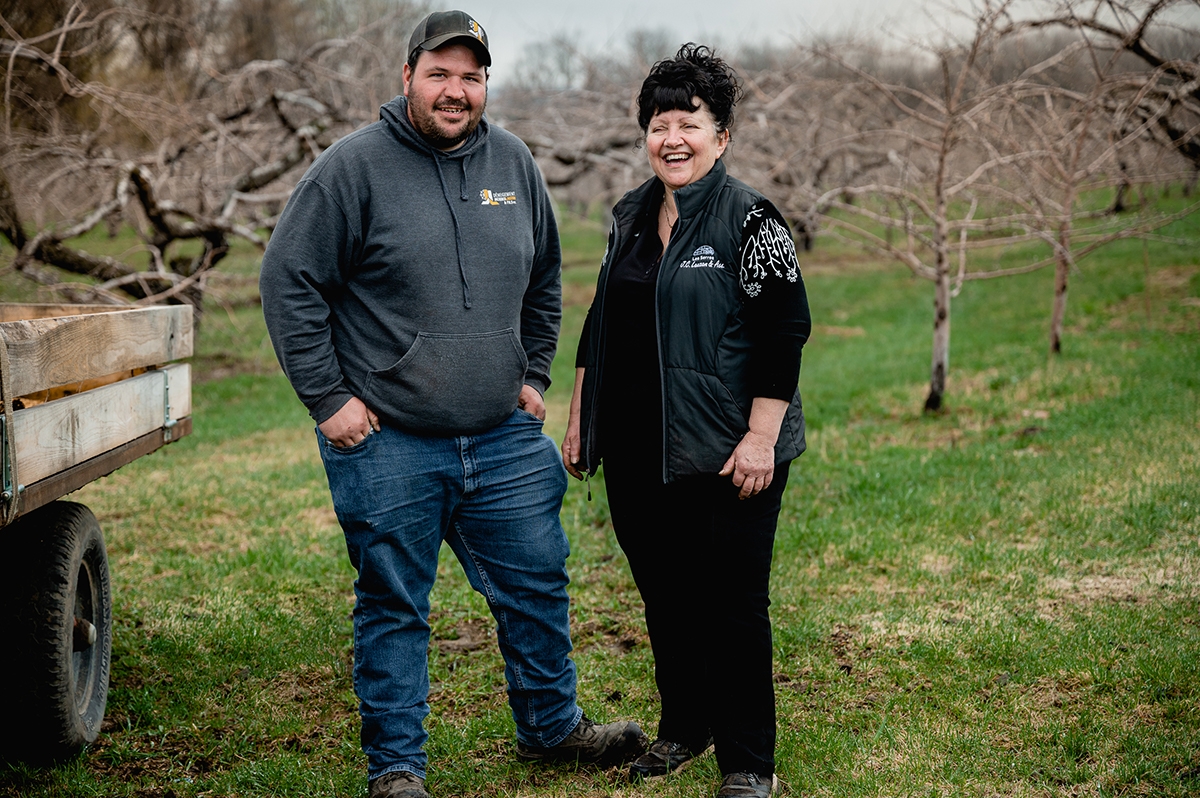 Montréal’s public markets are home to more than mere merchants. Some families have been there for decades and include larger-than-life personalities in their ranks. This is the case of endearing and colourful Liette Lauzon, one of the Jean-Talon Market doyennes.

We’ve not yet met Liette Lauzon and we already feel welcomed to the Saint-Eustache family farm that supplies the thousands of plants, vegetables, fruits and flowers of the Serres JC Lauzon kiosk at the Jean-Talon Market. An adorable 17-year-old dog, Choco, comes begging for a few pats, while a smiling young woman approaches us. The welcomed feeling is confirmed when we start chatting with Liette, the owner, in one of the greenhouses of the farm, where hundreds of small shoots are potted on long tables under dozens of flower baskets hung above. 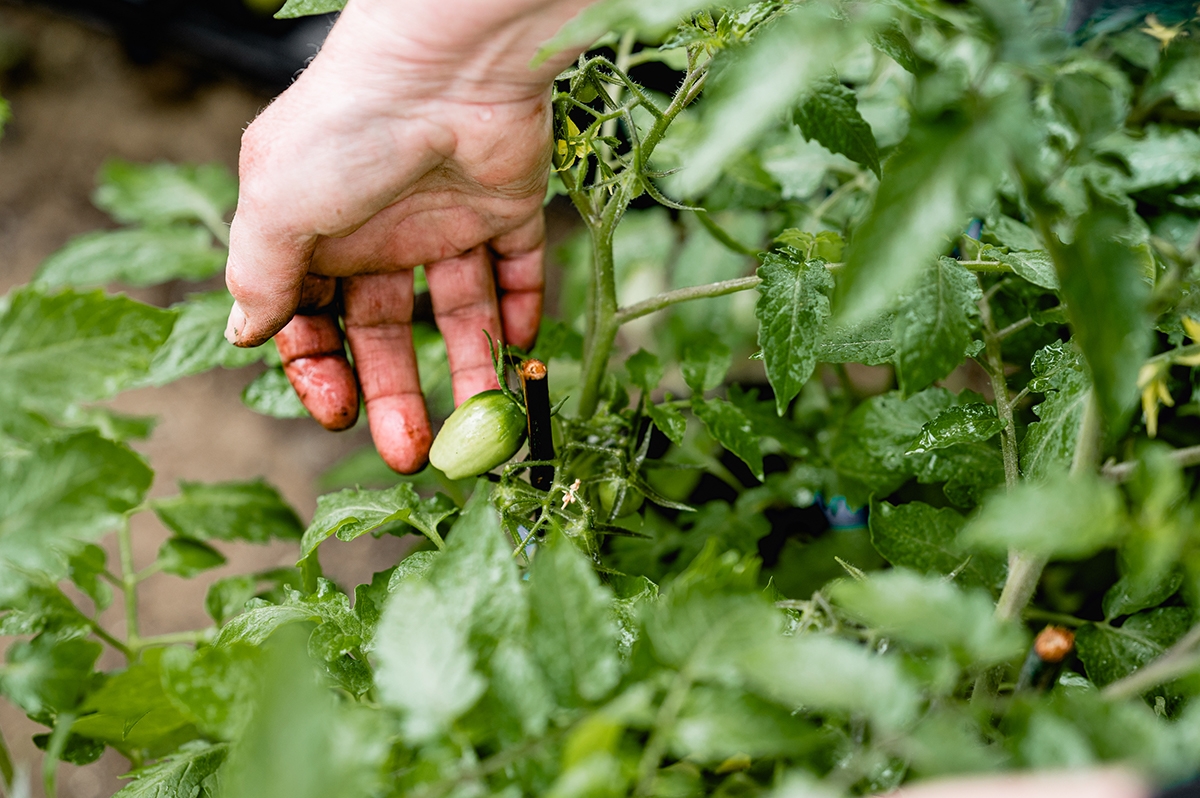 Liette grew up in a farming family where she learned to truly love rural lifestyle. As the expression goes “Qui prend mari prend pays”, Liette went to live on the Lauzon family estate when she married Jean-Claude Lauzon. There she was introduced to the market gardener profession and to the public market trade.

During the last forty years, Mrs. Lauzon has become, even more so than her husband who works in the fields, the standard-bearer of the family business; her hands working the soil, on the steering wheel to take her products to the market, or minding their Jean-Talon stalls. Over the years, she has witnessed the evolution of our society and its food tastes. “Everything has changed,” she says. “Forty years ago, we mainly sold boxes of tomato plants to supply large gardens. But over time, balconies have often replaced gardens. So, we adapted to the new needs and tastes of our customers.”

The greenhouse farm has diversified greatly and now offers up to 10 varieties of tomatoes, aubergines, lettuce, spinach, basil, etc. “If someone had told me that my biggest seller among chilies would be Ghost chilies rather than sweet peppers, I would never have believed it!” says Liette.

While the Lauzon family is known for its vegetable and herb plants of all kinds, they are also very successful with their colourful flower baskets, as well as with their vegetables (sweet corn, rhubarb, beans, squash) and fruits (apples, cantaloupes, strawberries and raspberries) grown on the farm. “Even though it’s not easy to take care of all this with the labour shortage, I love to have a diversity of products,” says the market gardener. “I even have fun trying new varieties every year.” 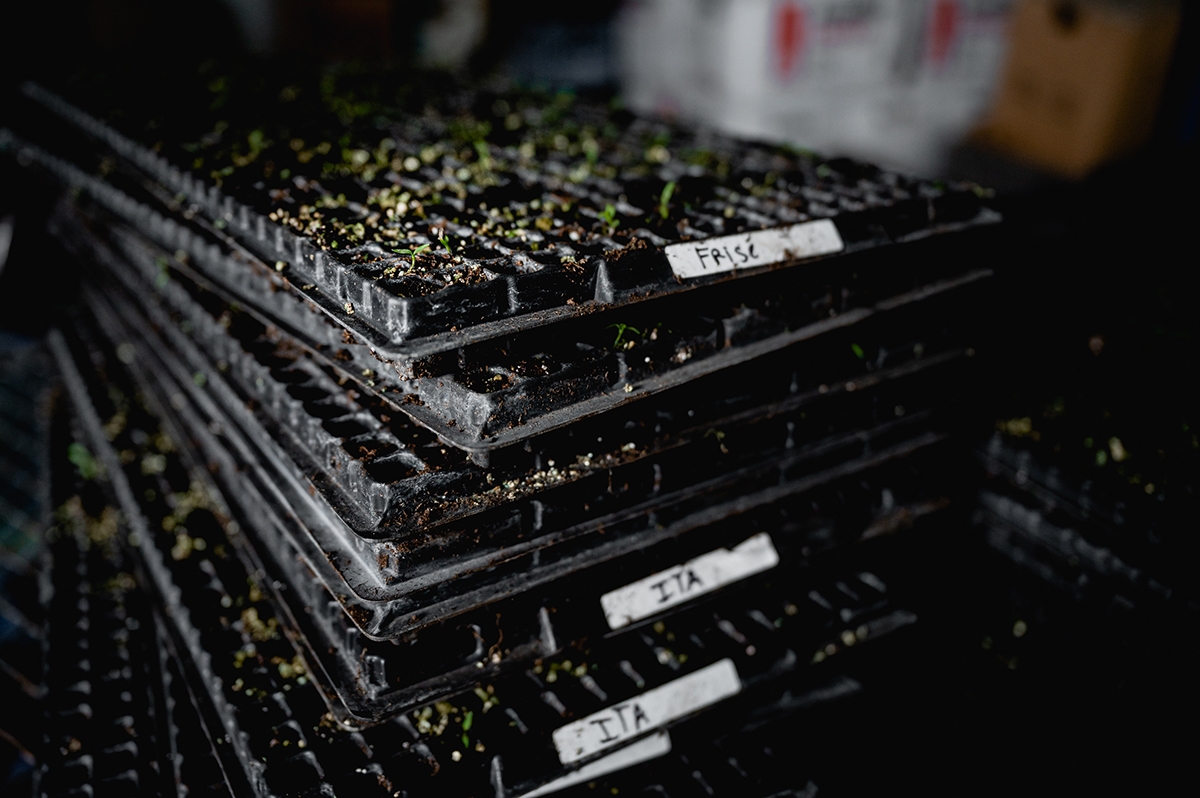 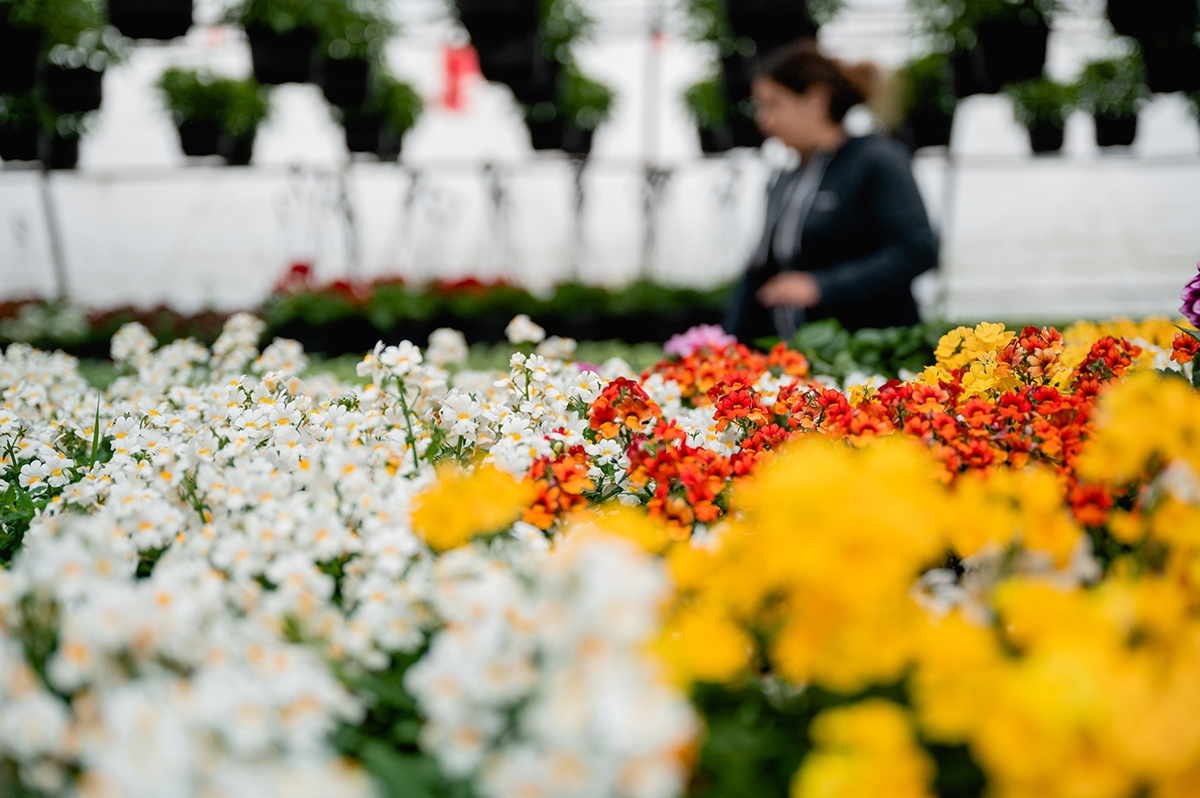 The Market, a Big Family Affair

Work might be a big part of her life, but Liette Lauzon is very attached to the concept of family. On the farm, she is surrounded daily by her husband, her son, her daughter-in-law and even her grandson. “He’s eight and already works as fast as I do!” the 60-year-old says proudly about her grandson.

Liette has also created her own Jean-Talon Market family over time. Every morning, before rush hour, she chats with her neighbours over coffee. “I believe that the people who visit us feel this complicity, this tightly knit spirit,” she says. “It’s because of this human contact, this direct and friendly access that they prefer us to the anonymous big stores.”

The market gardener was also very involved in the board of directors of the Montréal Public Markets. She even chaired the board for a few years during a pivotal period for the Jean-Talon Market when the underground parking lot was being built, the SAQ arrived, and when the famous television show, Des kiwis et des hommes, aired from 2005 to 2012.

“I really enjoyed taking on these challenges, even though it was a lot of work on top of what I already had on my plate,” says Liette. “My husband complained that he didn’t see me anymore and called me “Mother Teresa”, but I’m happy I got involved.”

At a time in life when many are already retired, Liette Lauzon is proud of the path she has taken and is still hyperactive. From time to time, she thinks of slowing down and giving way to the next generation. “But what would I do? There’s no way I’d be happy just staying home!” says the market gardener. Lucky for us, this means it’s very likely we’ll be able to meet her at the Jean-Talon Market JC Lauzon stand for several more years! 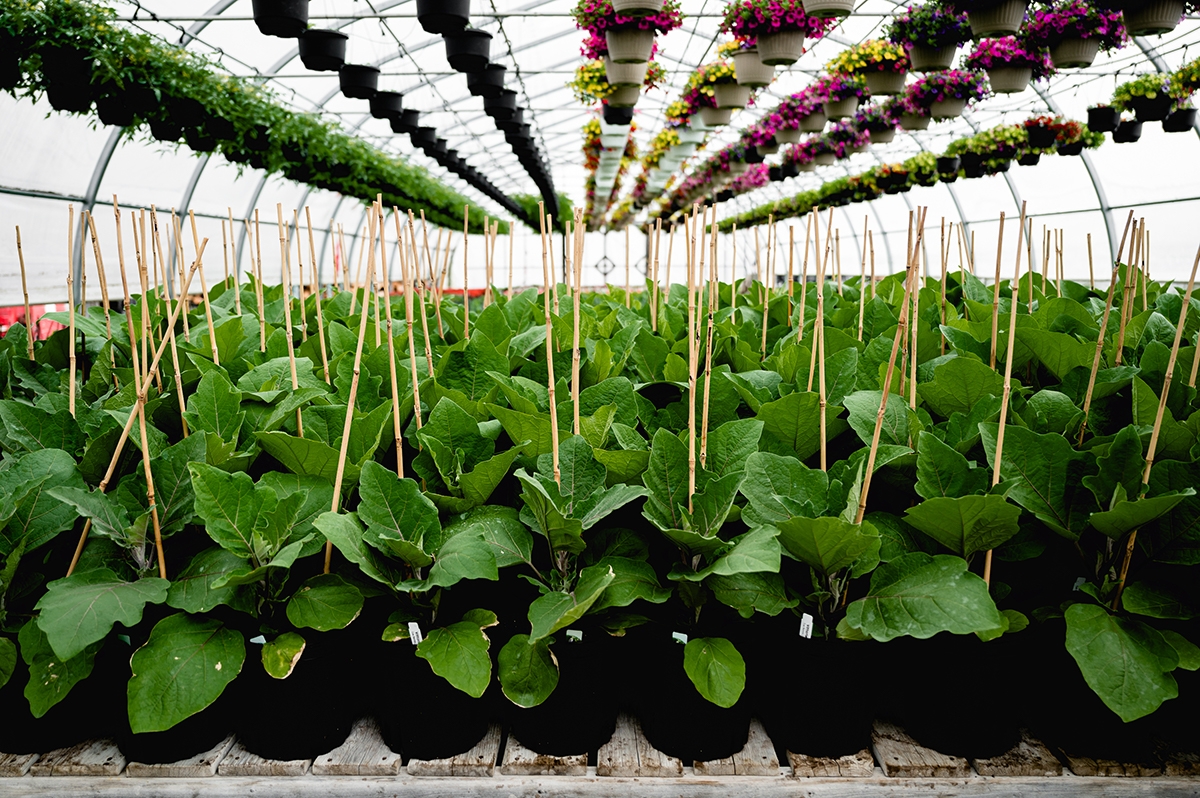 The thing that motivates you to get up so early in the morning.

I like the calm before the storm. When I arrive at the market, around six in the morning, I hear the birds singing. It’s very soothing.

A must-have product when visiting your stand.

Our basil and tomatoes. We’ve been growing tomatoes for over 40 years: it’s our specialty. And what could be better on a plate than fresh basil? It makes all the difference.

Your favourite food as a child.

I’m a market gardener, but I’ve had a sweet tooth since I was a child. For example, I love sugar pie. And mine is famous far beyond the market! 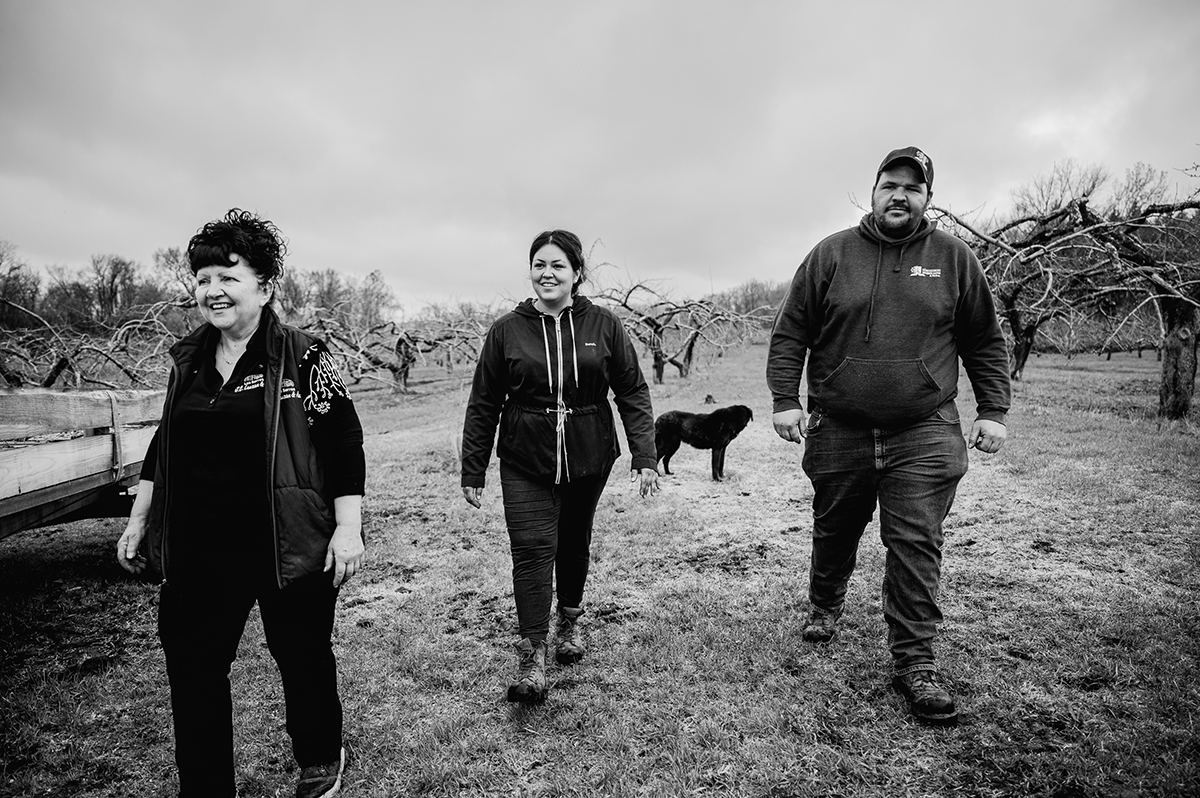