Patrick Rémillard: Another ‘Next Generation’ at Ferme Jacques et Diane 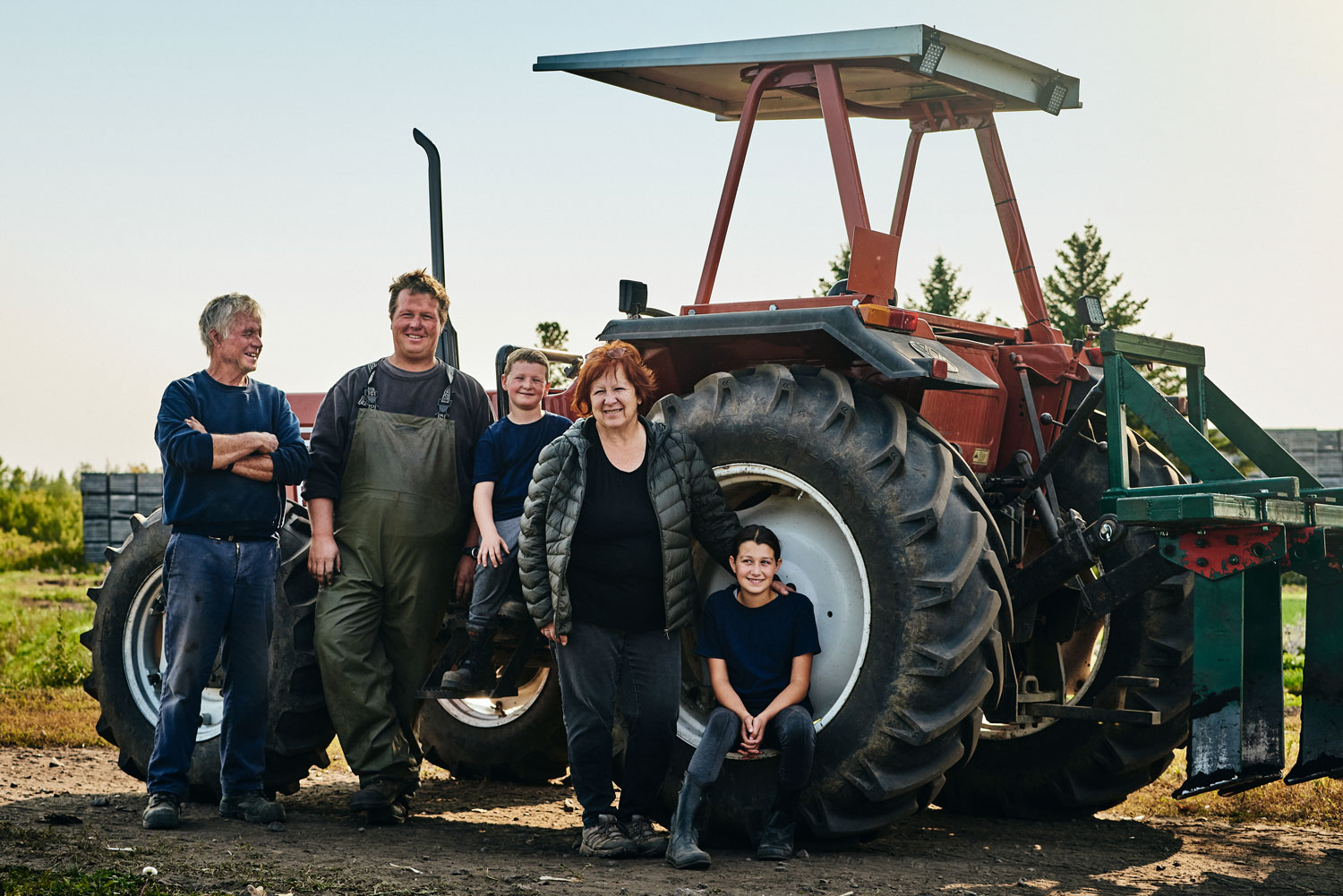 Six generations of Rémillard have left their footprints on the farm in Saint-Michel-de-Napierville, in Montérégie. Following Louis, Adrien, and Alphonse, who’d worked the land for generations, Jacques and his wife Diane wrote their name on the farm sign 45 years ago. A year later, they were opening their very popular kiosk at Jean-Talon Market. Today, they’re getting ready to pass the torch to their own son, Patrick, and his two kids, Annabelle and Jeremy.

Born in 1983, seven years after his parents bought the family farm, Patrick Rémillard never thought of becoming anything other than a farmer. “The only place I’ve ever worked is on the farm,” he says. “When I was young, I went to the fields as soon as I got home from school. I helped with the seeding, harvesting, and maintenance, as well as driving the tractors. Farming has always been my life.”

He became aware of where vegetables came from at an early age. “When I was eating at a restaurant, I knew that the vegetables on my plate didn’t grow on a supermarket shelf. I knew all the work that went into growing them.”

So, when he studied agricultural production at the Centre professionnel des Moissons in Beauharnois, he had a head start on his colleagues. “In each class, there were at least ten students who’d never worked on a farm. I knew the basics, but studied to get additional knowledge. I’d always tell my teachers that you can’t learn agriculture from a book. The textbook will give you advice, but it’ll never predict what will happen in real life. You’ve got to rely on your instincts and experience.”

And Patrick Rémillard has a lot of experience, both in the fields and at the Jean-Talon Market’s Ferme Jacques et Diane kiosk. “I was already working at the market at six. I have customers whose family I’ve known for three generations, and many of them have met me at the age my own kids are today.” 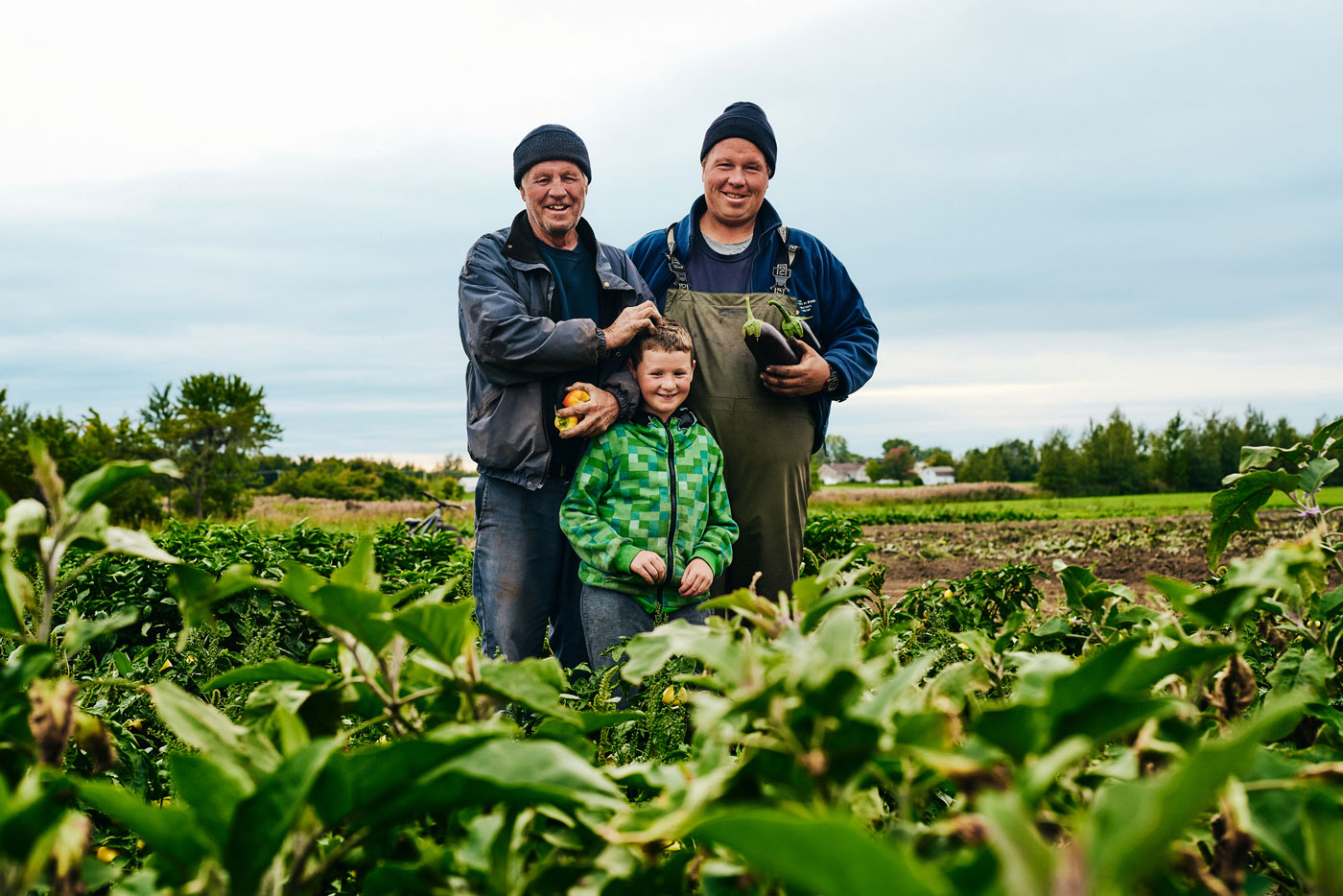 Annabelle and Jeremy Rémillard, age 11 and 7, lend him a hand more and more often. “My daughter likes to help me at the market. My son is more like me: the minute he gets home from school, he runs to the farm. Maybe that’ll change, but I’d like them to follow in my footsteps.”

He still works closely with his elderly but very energetic parents. “My mother and father are still very active. They haven’t slowed down much. The day they retire, it’s going to be very different because right now they’re with me all the time. I’m going to make sure I keep the momentum going.”

Evolving with the Momentum

The momentum began in 1975, when Jacques and Diane switched from the family’s ancestral livestock production to vegetable production. “In the beginning, the farm only produced potatoes and onions,” explains Patrick. “Now we grow nearly 25 kinds of vegetables: five varieties of beets, parsnips, six varieties of radishes, tomatoes, peppers, broccoli, kohlrabi, celeriac, salsify, and several types of onions, among other things.” 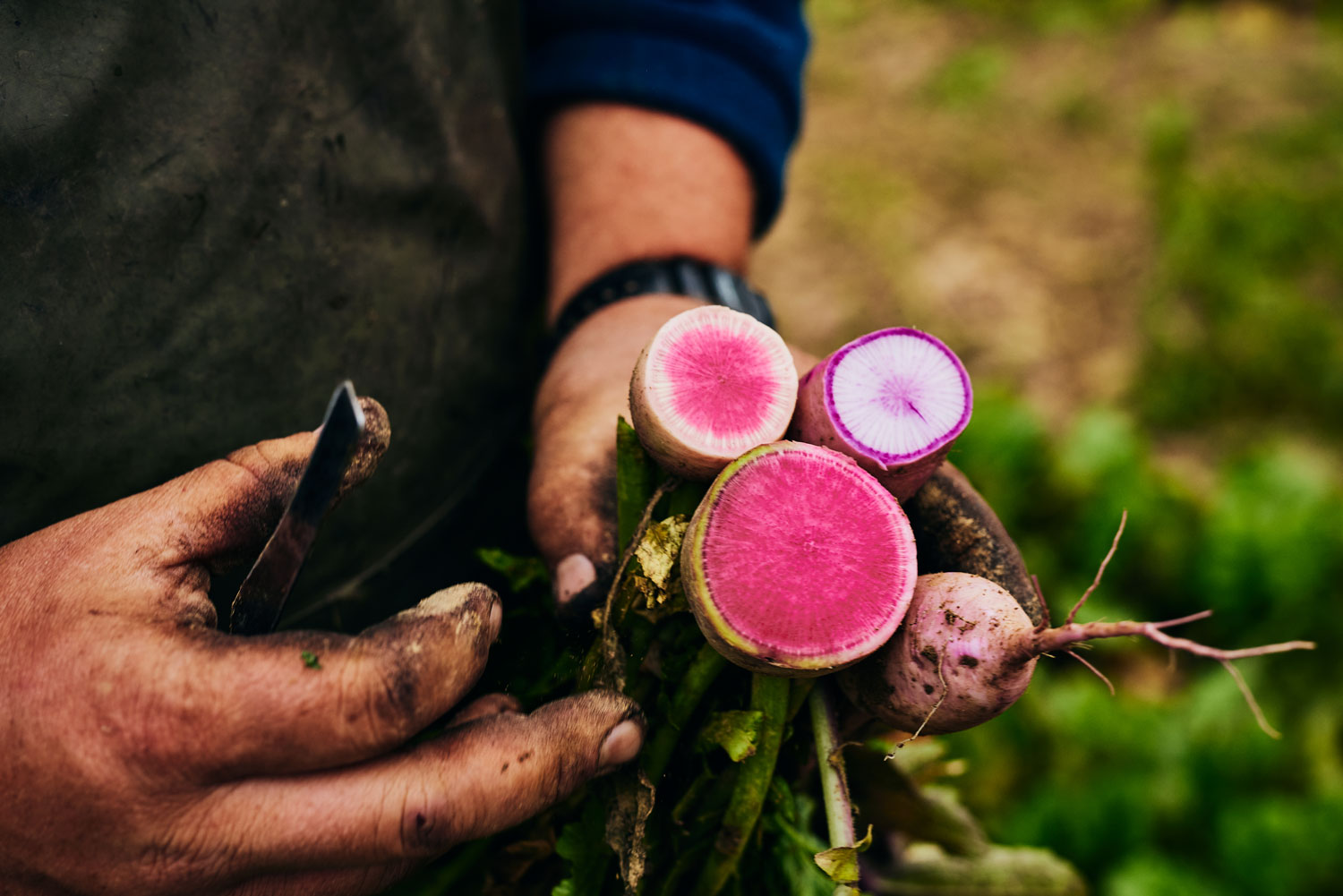 The market gardener is happy to follow the evolution of consumer tastes. “Sometimes our customers discover new vegetables while travelling. If they tell us they’d like to find them in Montréal, we look for seeds. Sometimes, we ask them to bring seeds home if they go back. That’s what happened with our onions from Cévennes, a region in France. People from Cévennes send seeds to our customers who pass them on to us.”

Other times, immigrants are looking to recapture some of the flavours of their home country. “They tell us where they’re from and what they’d like us to grow. They get in touch with their family to get seeds so we can grow them. We try to renew ourselves as much as possible!”

This close relationship with their Jean-Talon Market customers was built year after year, week after week, day after day, for 44 years. Between early May and the end of June, Rémillard sells seedlings for vegetable gardens. They then come back to sell their vegetables from the end of July until the end of November, Thursdays to Sundays. “I plant spinach, radishes and other fast-growing vegetables until September 25 and we harvest until mid-November, sometimes a little longer to stretch the season!”