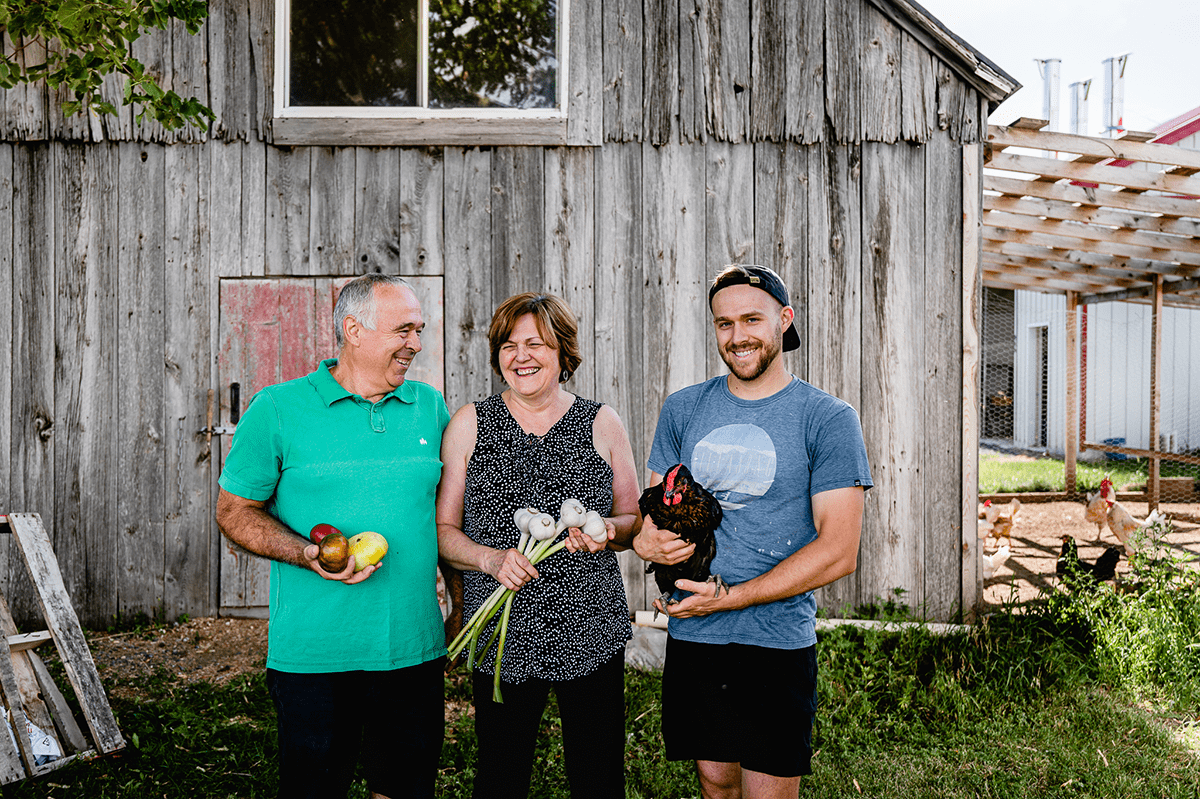 They are large, fleshy, of various shapes, often imperfect, with bold hues ranging from orange to purple. Light years away from the cute little red greenhouse tomatoes sold in grocery stores, Ferme Jodoin’s ancestral tomatoes have character and personality.

“They also have a unique taste,” claims Mathieu Jodoin, who grows about 15 varieties on the family farm in Saint-Damase, Montérégie, and sells them at his Atwater Market kiosk. His tomatoes have no acidity, leaving plenty of room for juicy and sometimes sweet flesh. In short, they bring a welcome diversity to a world where appearance and taste criteria are often too strict.

“Genetics and hybridization have somewhat denaturalized the tomato. Red, pink and Italian have become the norm. It’s a bit boring, and very sad. Tomatoes have never been just pink or red,” says Mathieu Jodoin.

Heirloom tomatoes are derived from ancient, open-pollinated seeds, which were used before industry and genetics standardized production. They are literally the result of a slow natural process of seed selection over time. So, there are hundreds, if not thousands, of different species.

But heirloom tomatoes are a tricky crop. “There’s always a risk, they’re fragile,” says the 30-year-old. “If there’s a big storm and it’s windy, the plants get shaken. Sometimes it rains so hard, the tomatoes crack. Conditions are never perfect, unlike growing in a greenhouse which limits risks.”

Mathieu Jodoin’s tomatoes are very popular, which has prompted him to increase his production this year to 3,000 plants. “Slowly, people are beginning to get that this is what a tomato is all about!” he says.

The young farmer recently took over the market garden production of Ferme Jodoin, which also includes an 8,500-tap maple grove.

His father, Gilbert, started producing heirloom tomatoes some twenty years ago, after taking over the land from his own father. Now 61 years old, Gilbert has left the market garden production to Mathieu to focus on maple syrup production with his wife, Louise.

The farm was founded in 1920 by Mathieu’s great-grandfather, one of the first farmers to sell his products at the newly opened Atwater Market. Today, in addition to ancestral tomatoes, Ferme Jodoin produces a variety of fruits and vegetables, including strawberries, garlic, peppers and zucchini. 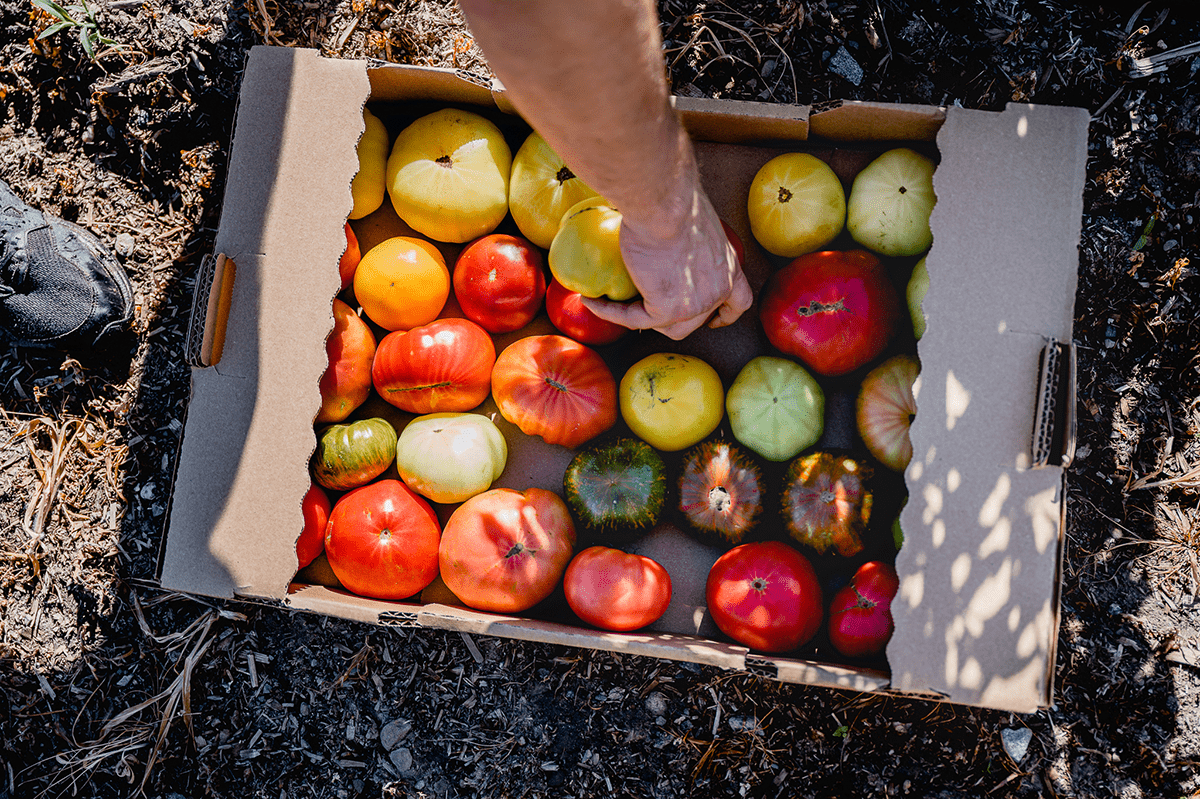 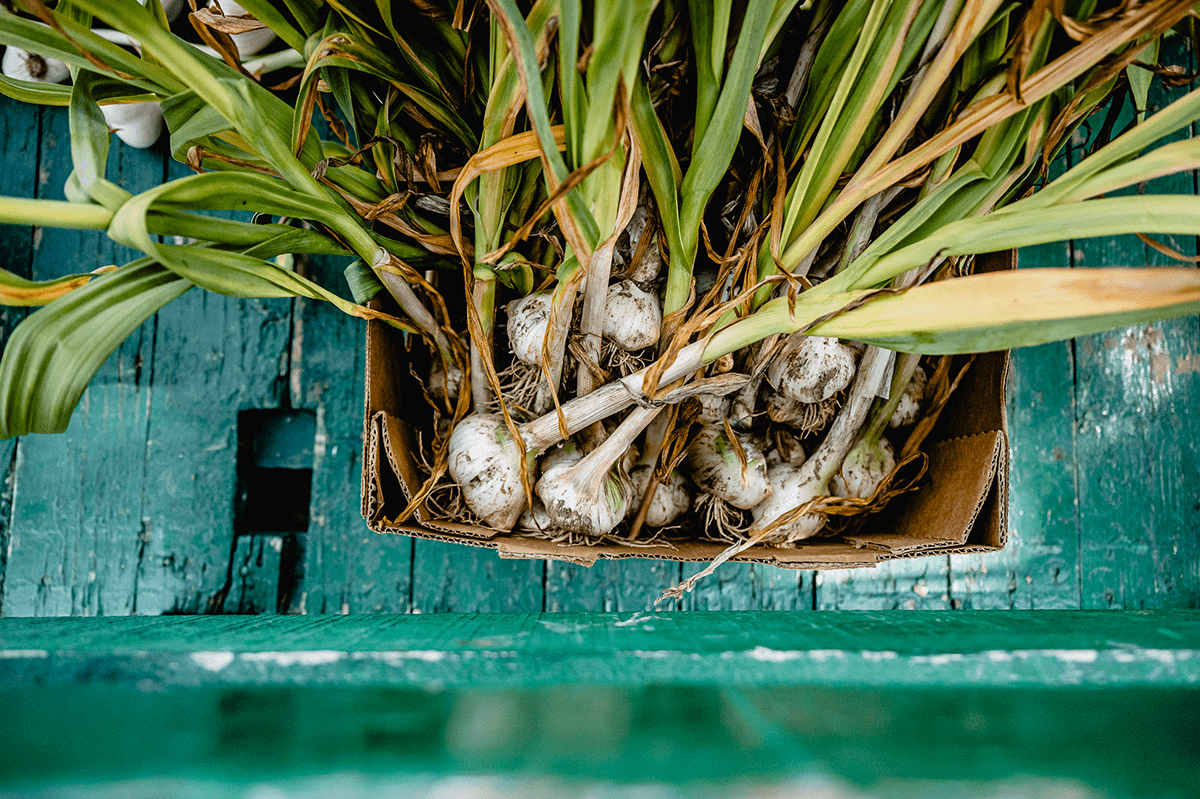 Back to the Roots

Mathieu tried his luck in construction and then in the restaurant business before coming back to the farm a few years ago. “When I was younger, farming wasn’t what interested me most. I explored several paths,” he says. “I came back to the family farm out of passion. I was tired of being in the kitchen, not talking to the customers, always being in a rush. Now I have the best of both worlds, I get to share my products with the customers and chill in the fields.”

However, “chilling” means working seven days a week during the summer. The long days start at dawn and often last until after sunset. But Mathieu isn’t complaining. On the contrary, he’s happy to put his culinary knowledge to good use with the customers he meets at the kiosk four days a week.

“I started working at the market when I was nine years old. I’ve always liked service and I’ve always been at ease with customers,” he says with a smile.

His advice for enjoying heirloom tomatoes at their best? Eat them as simply as possible, in a sandwich or salad, accompanied by an Italian cheese such as burrata, mozzarella or bocconcini.

His suggestions are sought after and some people looking for culinary advice or recipe ideas demand that he serves them which makes his large and loyal clientele very grateful. “At the end of the season, I have customers who are almost in tears at the thought that we’ll only meet again the following year,” he says, somewhat amazed. “That’s when you realize that people also buy your products because they like you… Which is great because I like my customers too!” 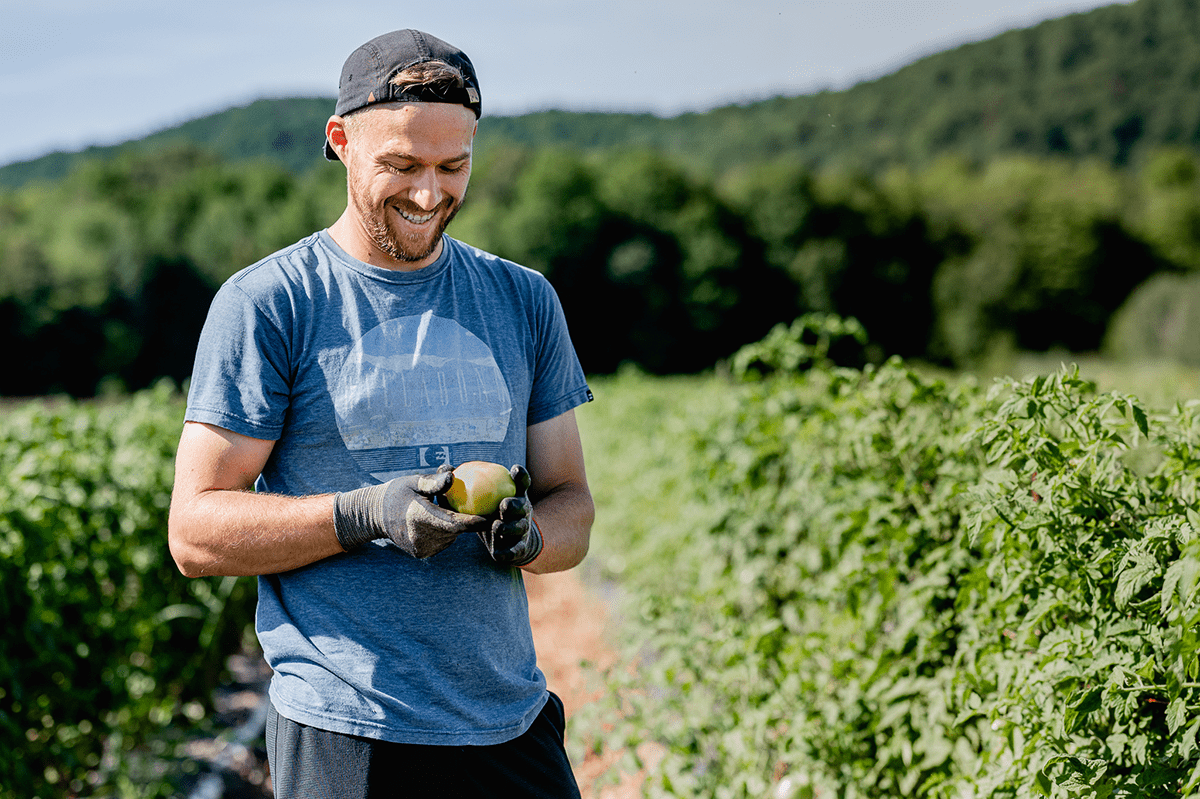 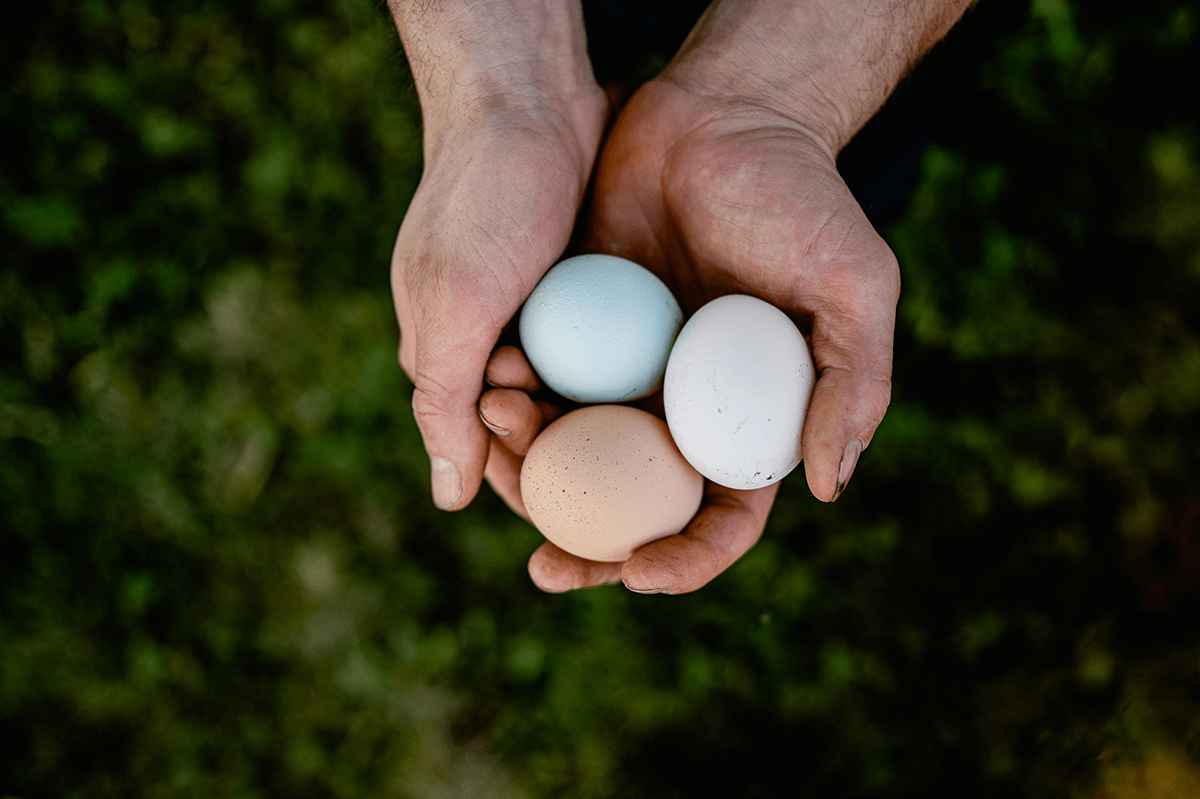 Describe the market atmosphere in a few words.

A must-have produce from your kiosk.

Heirloom tomatoes, of course, and our garlic. These are the foods I know best.

On your motivation to get up so early…

I love it! It’s a lifestyle that not many people would be able to appreciate, but for me it’s a happy medium. I meet and chat people at the market, but when I’m in my fields, I relax, I look at Mount Rougemont in the distance, I pick my vegetables, and I centre myself. 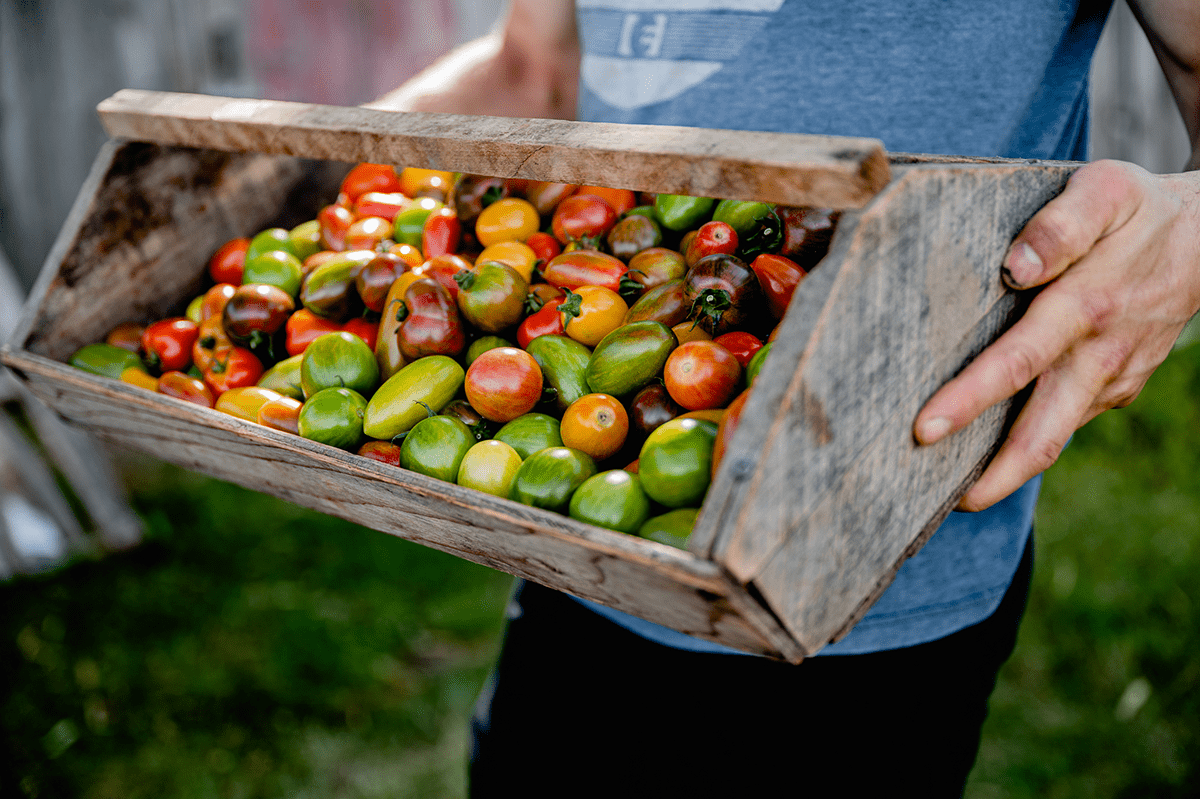