When the Students Replace the Teacher 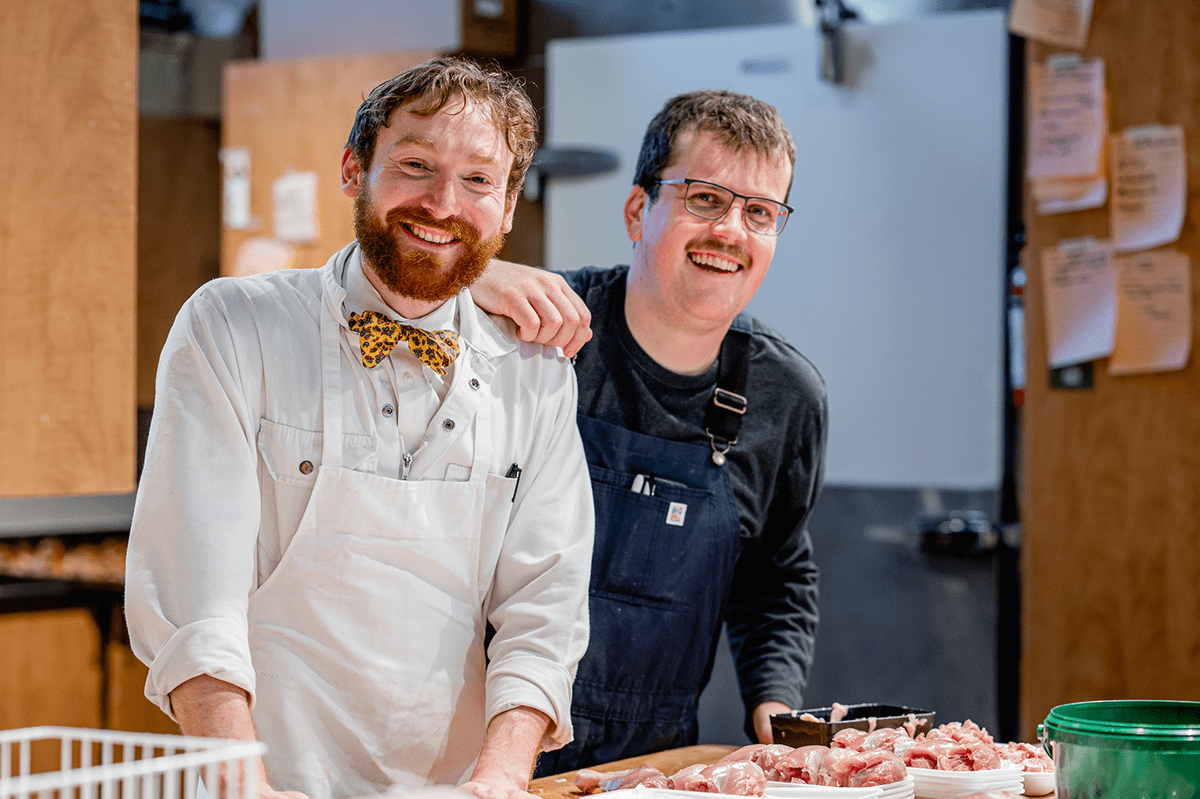 This is the story of a handover as well as a story of friendship. Early in their thirties, Benjamin Avilés and Alexandre Sévigny-Lupien are taking over the reins of the venerable Boucherie de Tours, founded by their mentor Pierrot Fortier. It’s a new chapter for the Atwater Market institution and the beginning of a great adventure for the duo, whose friendship was forged between the stalls.

One wears a beard and a bow tie, the other a moustache, overalls and small round glasses. If they weren’t leaning on the freshly cleaned stainless steel counter of the butcher’s shop waiting for us, you could think they were members of a trendy indie rock band.

Benjamin, 27, and Alexandre, 31, are experienced butchers, and both are well on their way to ensuring the continued existence of the Boucherie de Tours, which opened in 1988.

The pair are a good match. Benjamin is the extrovert of the duo, a bit hyperactive, always pleasant; he takes great pleasure in serving the customers. Alexandre is the strong one, the quiet force who listens; he took Benjamin under his wing when he arrived at the shop about ten years ago. Gentle and calm, he comes alive and becomes quite the storyteller when asked about his job.

“I often say: you don’t really choose butchery, it chooses you. At some point, you realize that you are passionate about it, addicted to it. It becomes a way of life. Like any passion, it’s more than a job,” explains Alexandre, who has been working at the shop since he was 17.

“I never thought, growing up, that I’d work in a butcher’s shop. But I got hooked the instant I set foot in the business,” says Benjamin, who trained in cooking at the Institut de tourisme et d’hôtellerie du Québec.

After slowly working their way up the ladder, it is now up to them to run the business, manage the purchasing of poultry, lamb and beef, and supervise the team of some fifteen people. 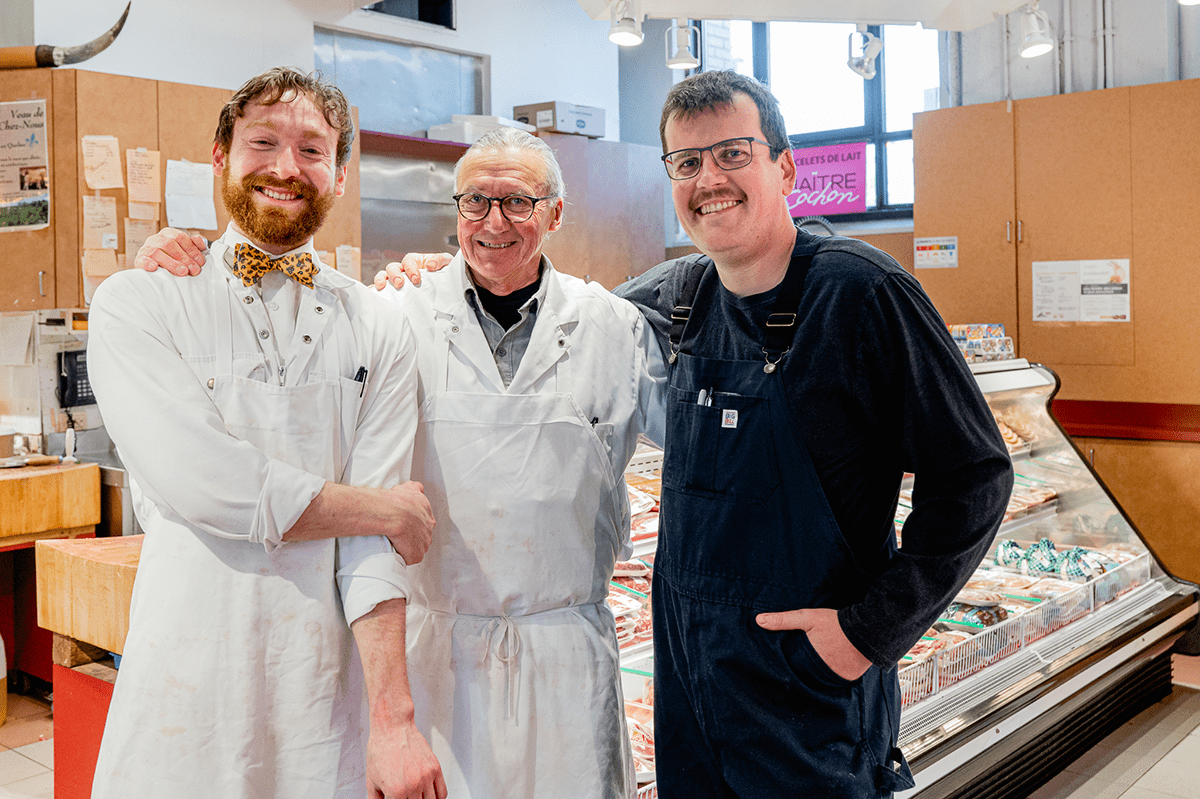 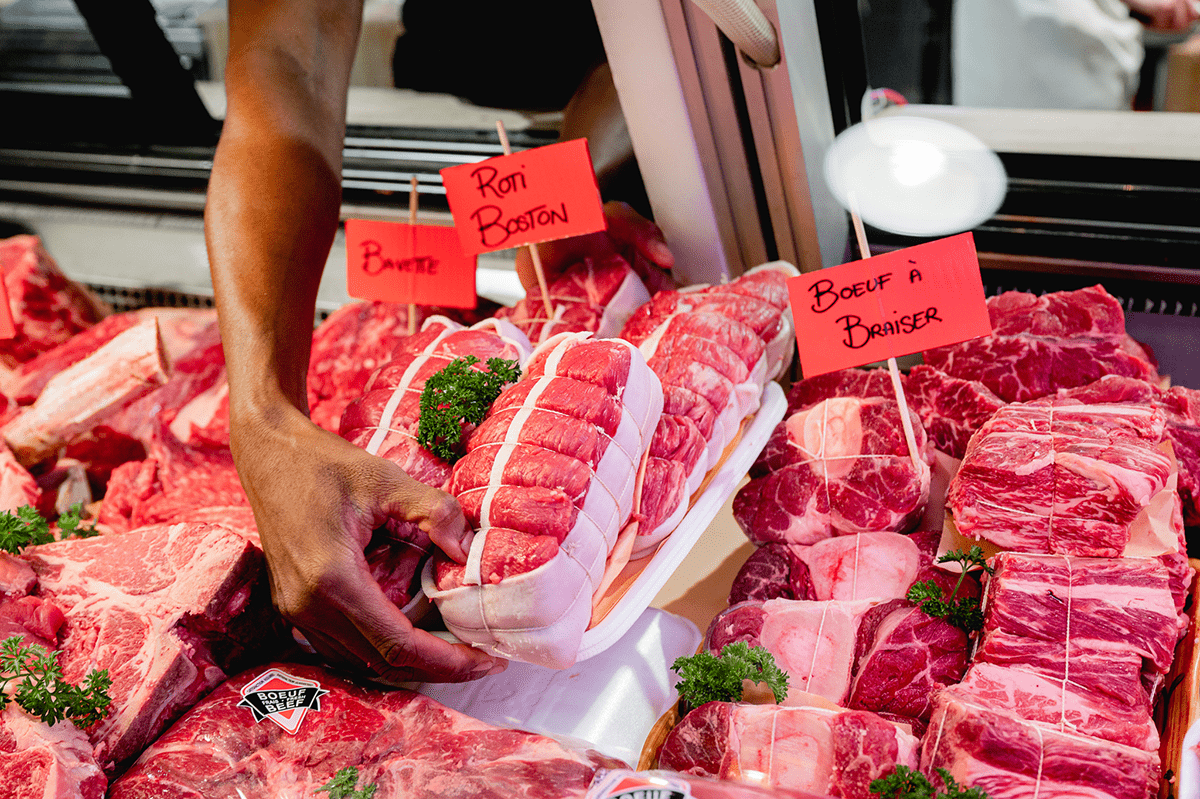 The two partners owe their rise to Pierrot Fortier, the man who hired them when they were teenagers and who, above all, trusted them from the start.

“Pierrot’s philosophy immediately spoke to the boy with little interest in school I was at the time: work hard, do something with your hands, concentrate on the task at hand,” says Alexandre.

Boucherie de Tours was one of the first to specialize in French cuts when it opened. Nearly 30 years later, it is still the shop’s trademark.

“As in most food-related areas, the French have taken things to another level. In butchery, it’s all about precision, muscle by muscle, and attention to detail,” explains Alexandre. “We work from the carcass, from “natural” meat, which has not been vacuum-packed.”

The business also benefits from the close ties that Pierrot has built up over the years with livestock and poultry producers, most of whom are in Québec.

“What makes us different is that we have a special relationship with breeders few butchers have,” says Alexandre. “For example, we have access to Piedmontese veal, a breed of veal you don’t really find elsewhere. We have access to quality, but we don’t go overboard on prices either. We serve families with three children as well as wealthy young lawyers from Griffintown. We serve everyone.”

A little over five years ago Pierrot realized that his two colleagues were the ideal candidates to succeed him. Slowly, he introduced them to the workings of the profession, giving them more and more responsibility.

“Just when we thought we knew everything, he showed us that we still had a lot to learn,” says Alexandre. “It gave us a lot of incentive to move forward and go further.”

Pierrot’s contribution, who is retiring at 65, does not stop at the professional level. Stars light up the eyes of the new owners when they talk about the man they don’t hesitate to call their “second father”.

“He supported me through the most difficult times in my life. He’s always been there for me,” says Benjamin gratefully. “He knows my personal life, we’ve shared many moments, beers, and meals.”

December 31, the day of Pierrot’s last shift, will be an emotional one. However, Alexandre and Benjamin intend to do everything they can to ensure that their predecessor’s “aura” remains in the shop.

“For now, we simply want to copy and paste Pierrot’s vision, because it suits us well: to focus on quality and service,” says Alexandre. “The following years, we really want to focus on the employees. That was Pierrot’s strength all these years.” 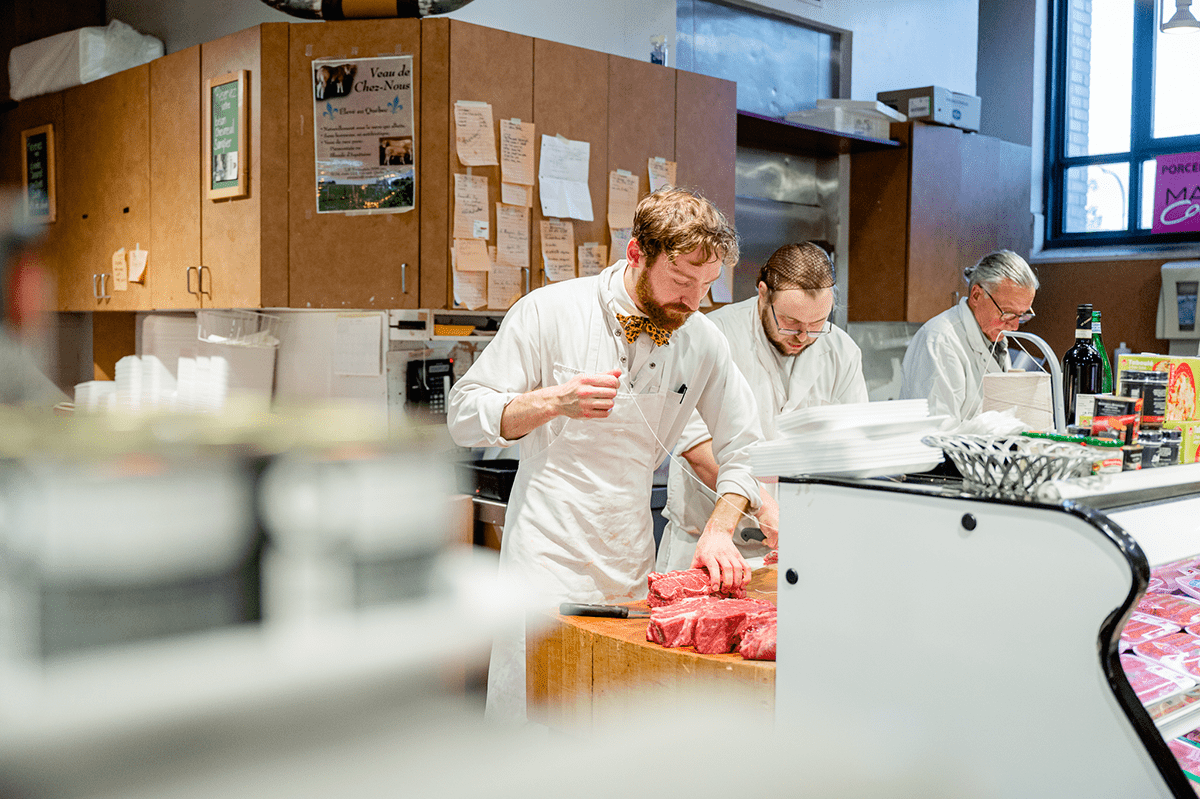 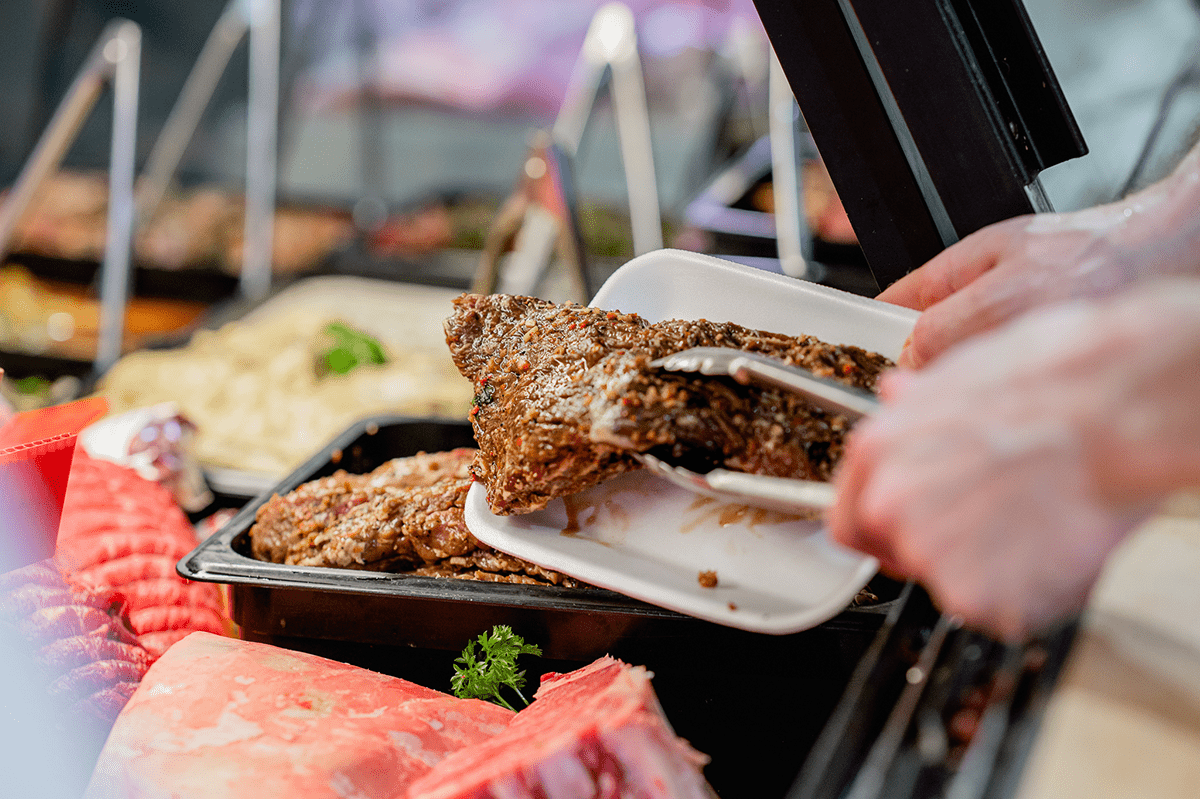 A story about the Atwater Market? A customer who bragged about having left work early without his boss knowing jumped when he saw her buying pies at the shop across the hall. He crouched behind our counter so she wouldn’t see him. We ended up hiding him in the cold room!

What motivates you to get up so early? The desire to do things right. Basically, our job is to please people with our products.

One thing to buy when visiting your shop? The flank steak marinated in orange juice and steak spices. We’ve been selling it for 20 years and it’s still our biggest seller.