Valérie Benoit has become the go-to Atwater Market reference for organic vegetable lovers. And excellent news! Her customers will no longer be missing her in the winter, because Pure Horticulture, which she owns with her husband Stéphane Buquet, produces veggies year-round.

The health crisis had a major impact on Pure Horticulture’s sales during the 2020 spring and summer. “We actually produced 25% more in order to meet the demand. People wanted to get back to basics, planting their own vegetable garden and eating locally, which is precisely our niche,” says the market gardener. “We worked like crazy!” 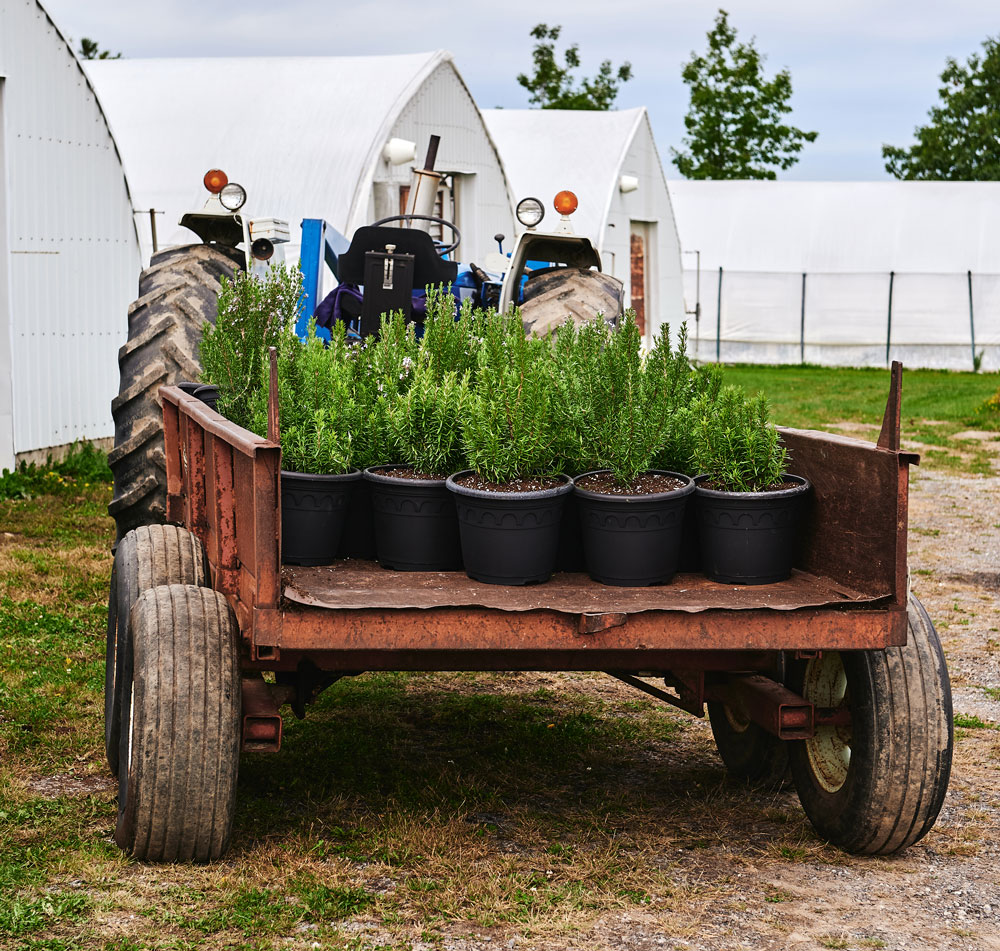 To do that, Valérie Benoit had to count on her team to manage the Atwater Market kiosk. “I’ve got a great team! I make sure I’m at the market at least four days a week. The rest of the time, I rely on my amazing employees.”

Her husband Stéphane is in charge of production, employees and accounting. After working for several years at Serres Riel, the native of France started Pure Horticulture in Saint-Rémi, in Montérégie, with a few partners before officially joining forces with Valérie, who’d been working in the field since 2012. “At first, we didn’t want to mix business and love,” says Valérie. “So we took countless detours to end up with what turned out to be the easiest solution: becoming partners.” 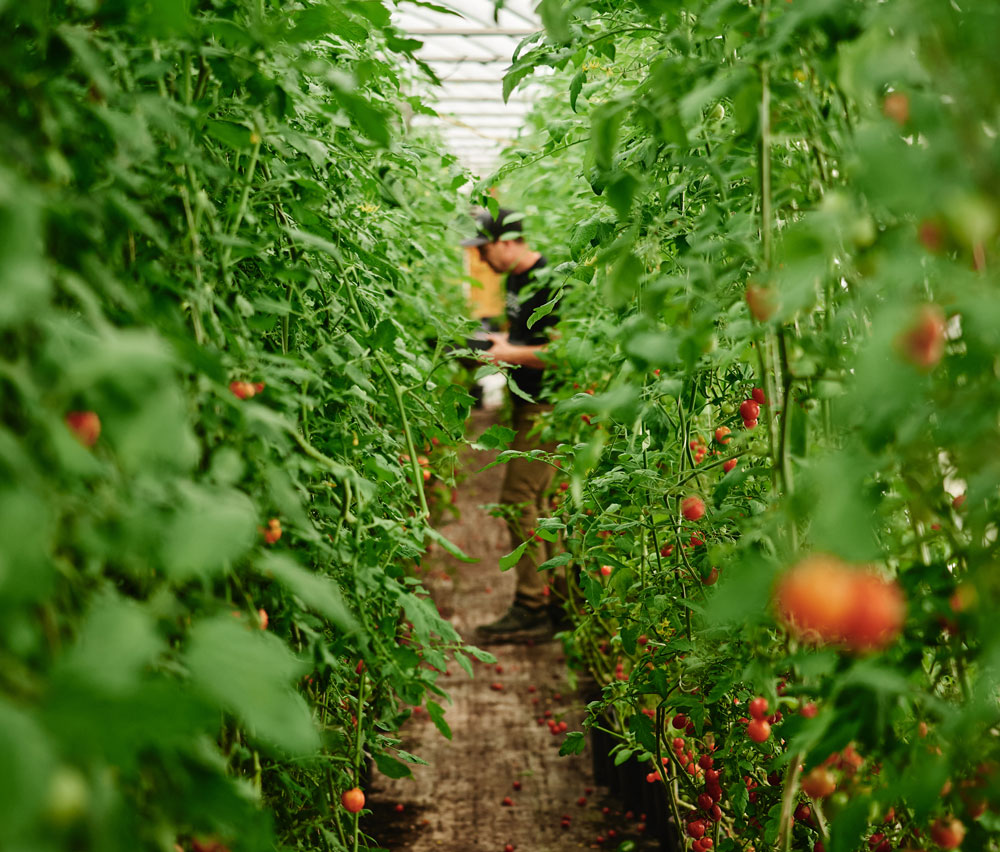 For the Love of Organic Food

The name of the company may be a nod to the horticultural vocation of the flower-producing company Stéphane originally bought. But the addition of the adjective “Pure” is a metaphor for organic products. “In 2012, organic wasn’t much of a trend. People didn’t get the concept,” Valérie recalls. “But for Stéphane, who’d worked in greenhouses and was aware of the sheer amount of chemicals being used, it was an obvious choice. Personally, I was eating organic food before I was producing it. For us, it’s a way of life.”

It’s a way of life that requires compliance with numerous rules in order to retain official certification. It also requires more work in the field. “An organic fungicide treatment is 20 times less efficient than a chemical treatment. So we must apply more often and do more prevention, all this with less efficiency and more losses,” she explains.

The producers have gained experience over the years, however. “We watch and learn. The plant tells us what to do — unlike traditional growers who decide when they want the plant to be ready by, July 15, for example,” she claims.

Using the Full Potential of Greenhouses

To increase productivity, a new natural gas heating system was installed in 2019, allowing them to produce year-round. “We used to stop producing between October and January because the oil heating cost was too high,” says Valérie. “Our new heating system is much more economical and much better for the planet.” 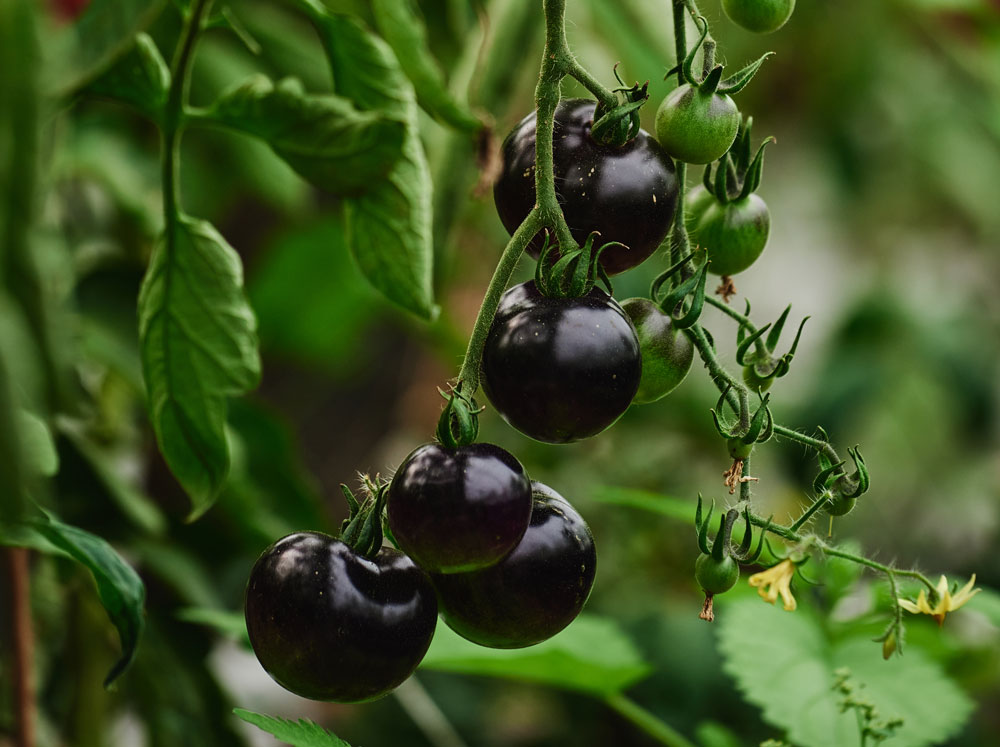 While the Quebec government is considering lowering hydroelectricity costs for greenhouse production, Valérie thinks the idea is commendable but inadequate. “Not many greenhouses are powered by electricity in Québec. Most of them use oil for heating.” She tends to believe that subsidies promoting energy transition, like the one her company took advantage of, are preferable. “That said, our greenhouse lights run on electricity, so the government project will be helpful. It’s important to do everything possible to increase local fruit and vegetable production.”

The Pure Horticulture team produces 70 varieties of fine herbs throughout the year. From March to June, they focus on vegetable seedlings destined to be sold, before dedicating themselves to the production of more than 50 varieties of vegetables from June to February. This business is driven by the hard work of two passionate gardeners with complementary strengths. “With the exception of management meetings for the market and production, we each have our specific tasks. Market gardening is Stéphane’s passion. I’m better at display, marketing, and dealing with the public. We simply joined forces to do what we love and believe in!”