Gastronomic Visit to a Sugar Bush 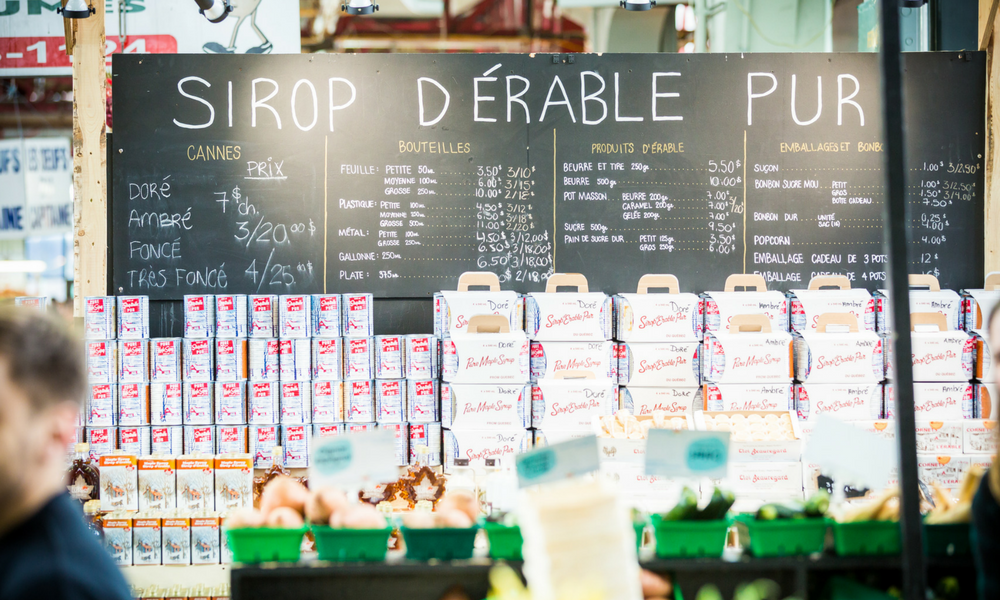 Sugaring-off time is synonymous with gastronomic pleasures, maple syrup, rolling up maple taffy on the snow, high quality sugar, with sharing and warm encounters among family and friends, and also with those who produce this genuine epicurean and cultural symbol that is Québec’s delicious maple syrup. With that in mind, we visited the sugar bush owned by the Lussier family of Jean Talon Market to help you discover the craft of the maple syrup producer, whose labour brings you the famous can of maple syrup!

Sugaring-off Time, Through the Seasons

For many of us, maple syrup season starts with the end of winter, when longer days and warmer weather announce the arrival of spring, but the work of maple syrup producers begins well before the month of March. For the Lussiers, it starts in November, because the trees must be prepared for the next season. In November, the work consists of checking and repairing equipment that may have been damaged by the weather, fallen branches and animals. Wood must also be cut and corded to boil the sap once production begins.

In January, after the holiday season, it’s time to start tapping. These are very hard and very physical working days for maple syrup producers, because the deep snow makes the work of tapping and moving around in the forest more difficult. Once all the trees have been tapped and tubed, it’s time to be patient while waiting for the sap to start running.

When the sap begins running and filling the tubs, and our excitement about tasting the first syrup of the year begins to mount, the maple syrup producers must stay vigilant in maintaining the taps and the tubing to ensure that they won’t lose a drop of sap if something breaks. Everyone hopes for cold nights and warm days, above zero, so that the sap runs in abundance. 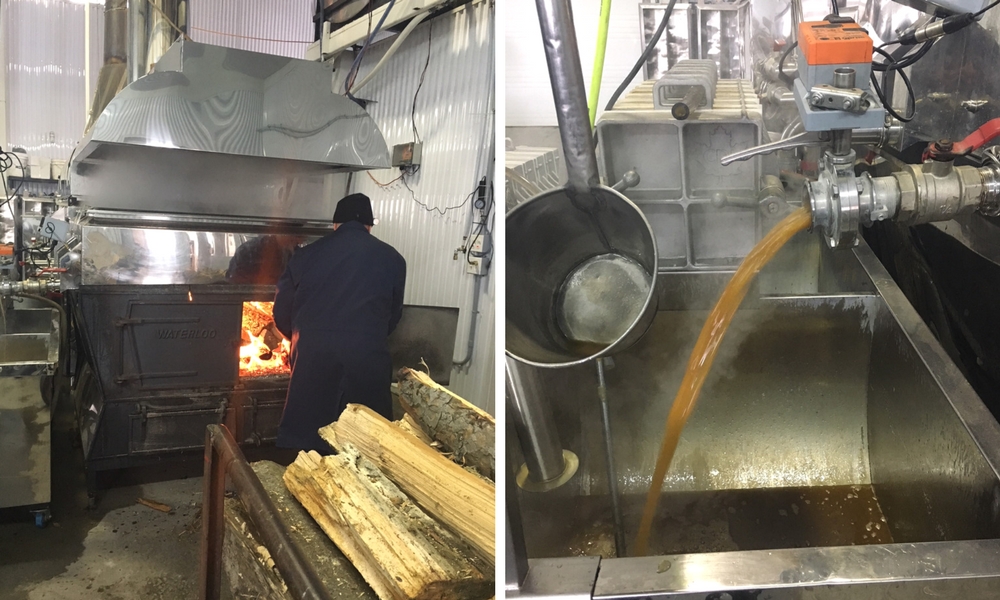 When the sap has been gathered and boiled, the long-awaited moment arrives to taste the first syrup of the year and to transform it into delicious maple products. 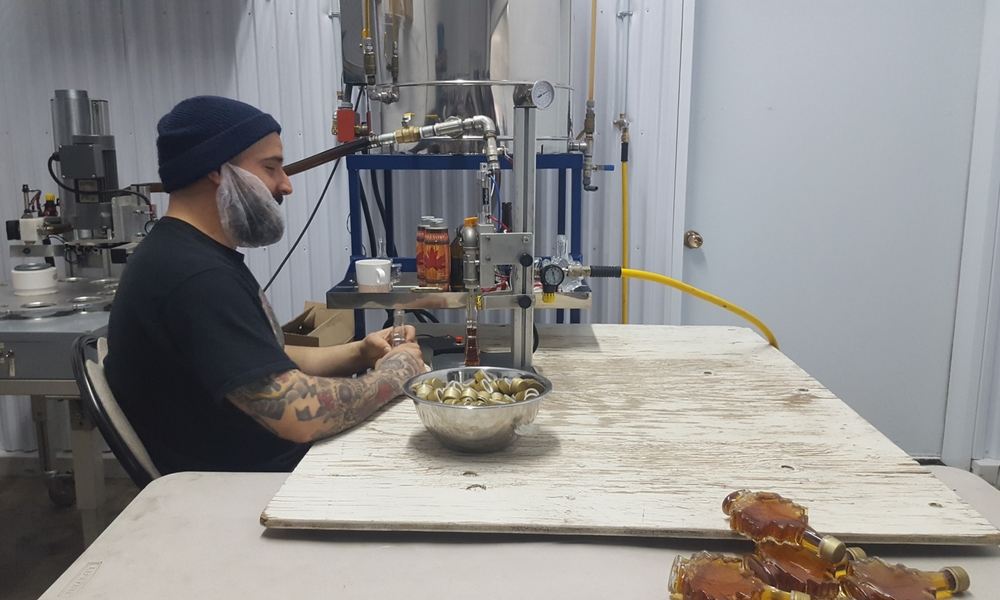 Golden, Amber or Dark? It Depends on When the Sap Flows

Although dark syrup with a robust flavour is trendy now, according to the Lussiers, light syrup is perfect for making delicious maple butter. The colour of the syrup changes with the temperature and the progression of the season. The first sap, when the days are colder, makes a clearer syrup. As the season advances and the weather gets warmer, the sap becomes darker and the syrup that results is also darker. Every colour of syrup is good—it’s simply a question of taste. 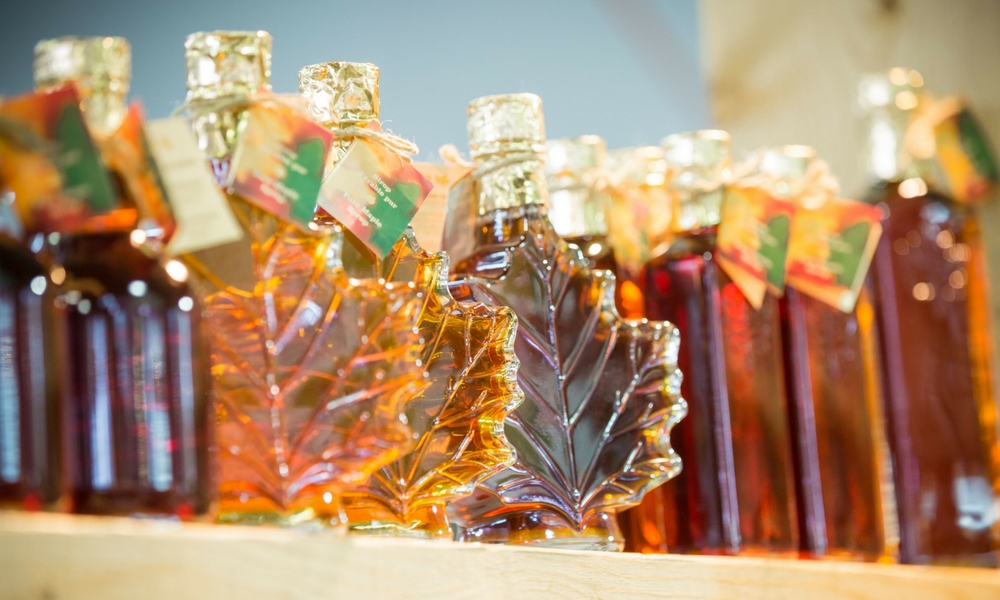 Sugaring-off Time at Your Public Markets

Because sugaring-off time is the time of the year when we meet around the delicious aroma of boiling syrup, we invite you to join us to celebrate maple products in your markets. To learn about the activities that will be happening at your neighbourhood market, click here!

If you want to treat yourself and pick up some delicious maple products you can consult the list of all of the maple syrup producers in your markets to organize your next trip to the market.

For advice about your next purchase of a can of maple syrup, consult the article by Florence-Léa of Chic Frigo sans Fric, here.

The markets are open year-round!

Jean Talon and Atwater markets are officially ready for winter. Wall installation and other winterizing measures are complete, and the markets are now ready to...

A look back at Atwater’s Oktoberfest in pictures

On October 1, the new Atwater Market Oktoberfest took place! A great beer tasting circuit and musical performances were on the agenda! About fifteen...

A look back at Atwater Market Oktoberfest in pictures

On October 1st, the new Atwater Market Oktoberfest took place! A great beer tasting circuit and musical performances were on the agenda! About fifteen...

Keep harvesting until the first snow

Now that it’s September, fall is just around the corner. There are some cold-resistant herbs and vegetables you can plant in your garden to keep the...