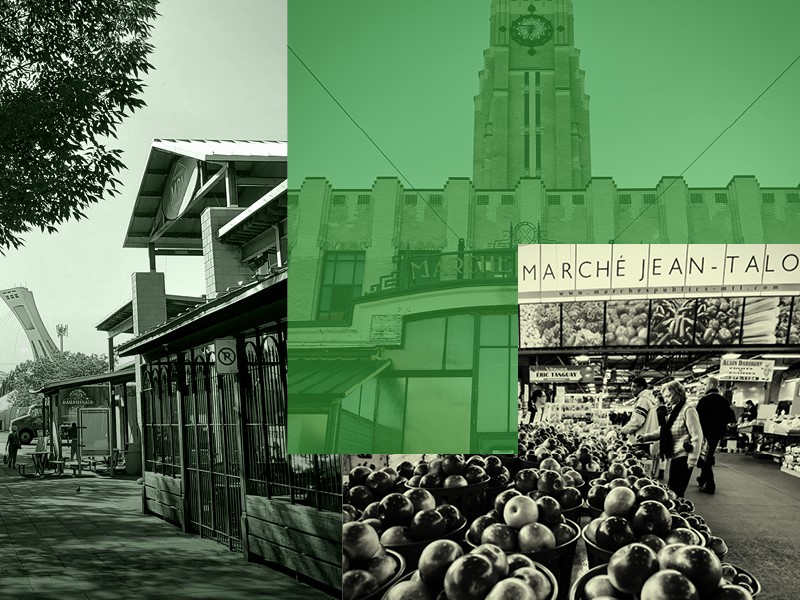 Montreal, January 17, 2023 – With the aim of better reflecting the organization’s mission, the Corporation des Marchés publics de Montréal has adopted a new name: the Société des Marchés publics de Montréal. The change was ratified by a large majority of members present at the 2022 Annual General Meeting. The move reinforces the organization’s mission of improving access to fresh food through a network of public markets, bringing together the public and local agri-food producers and processors.

“This name change will allow us to better define our role, which goes far beyond management, and continue to adapt to customers’ needs. We are deeply committed to maintaining and improving the public market network in order to contribute to Montreal life and the success of the agricultural world,” said Serge Marticotte, chair of the board of directors of the Société des Marchés publics de Montréal.

“The Société des Marchés publics de Montréal is the crucial link between the people of Montreal and local farming and food processing families. It is essential that we continue to develop our network of public markets and keep that bond strong. This is the very essence of our role as a social economy organization. This change gives us new positioning that will allow us to fulfill that mandate,” said Nicolas Fabien-Ouellet, general director of the Société des Marchés publics de Montréal.

The public markets of tomorrow: an extensive Montreal network

For nearly a century, Montreal’s public markets have continued to evolve as a model of local consumption and a privileged showcase for Quebec’s regions. This change goes beyond the name: it will allow the Société to fully embrace its economic, social and cultural roles by developing its network of markets, which are both modern and faithful to the features that have made them a North American success story. The name change also contributes to the achievement of the goals set out in the organization’s strategic plan, aimed at positioning the public markets to help make Montreal an accessible, sustainable and healthy city. As a leading partner of the municipal government and its boroughs, the Société des Marchés publics de Montréal makes it possible for the city to have a lasting, coherent network of public and farmers’ markets.

The Société des Marchés publics de Montréal is a social economy enterprise responsible for the planning, development and operation of Montreal’s public markets. Its mission is to improve access to fresh food through a network of public markets that brings Montrealers closer to local farmers and agri-food businesses. Since 1993, it has been mandated by the Ville de Montréal to manage the Atwater, Jean-Talon and Maisonneuve markets, six Neighbourhood markets and three Solidarity markets. It is a non-profit organization governed by a board of directors composed of five merchants and five residents of the Montreal urban agglomeration. Its membership includes nearly 200 merchants active at the public markets. The Société’s network of public markets is frequented by more than three quarters of Montrealers, with more than 3 million visits annually.